FIRST ON FOX: Rep. Ruben Gallego, D-Ariz., a progressive Democrat running for U.S. Senate, is accusing independent Sen. Kyrsten Sinema — his potential rival in 2024 — of being funded by “deep-pocketed lobbyists” despite his own connections to the Washington, D.C., lobbying industry.

Fox News Digital obtained a fundraising text sent by Gallego, who tossed his hat into the 2024 Arizona Senate race last week, in which he took a swipe at Sinema even though she has yet to announce whether she will run for reelection.

“It’s Ruben Gallego here – and I’m in. I’m running against Kyrsten Sinema for U.S. Senate. Why? Because Sinema has chosen to use her power to protect the already powerful, instead of using it for the people she’s supposed to serve,” Gallego said in the text. “I’m running for all of us – and I want us to win as a united team. But it will take more than resolve to defeat Sinema and the deep-pocketed lobbyists funding her campaign,” he added.

Gallego, however, has his own ties to the lobbying industry, some of which seem set to benefit his campaign in the weeks and months to come, according to his own campaign materials obtained by Fox. 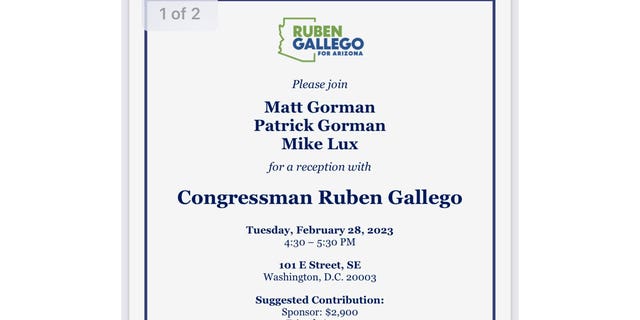 Each most recently gave money to his reelection campaign for Congress in the weeks ahead of the midterm elections last year. FEC data for Gallego’s Senate campaign has not yet been made available.

Additionally, Gallego’s wife, Sydney Barron Gallego, works as a lobbyist for the National Association of Realtors in Washington and has previously worked in a number of financial roles for multiple Democrat organizations and campaigns. 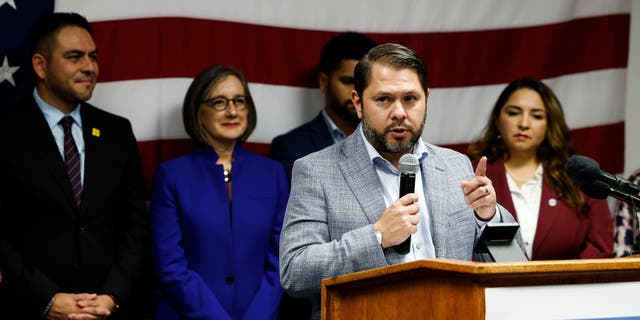 Fox reached out to Gallego’s campaign for comment but did not receive a response.

She has faced criticism from the left for taking in large amounts in contributions from lobbyists and company executives, especially over those from the pharmaceutical industry at the same time she opposed her former party’s drug pricing bill in 2021.

Should she decide to run for reelection Sinema would not face Gallego unless he were to win the yet to be scheduled Democratic primary and head to the general election.

She would also likely face a Republican challenger, although no candidates have publicly declared their intention to run. Former Senate candidate Blake Masters and former gubernatorial candidate Kari Lake have been floated as potential challengers.