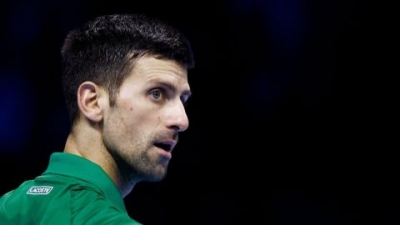 Novak Djokovic was deported from Australia in January after former immigration minister Alex Hawke found the tennis star posed a risk to public health and order.

Novak Djokovic is back in Australia, according to a spokesperson with Tennis Australia, nearly a year after his high-profile visa ban from the country over his stance on the Covid-19 vaccination.

The 21-time grand slam champion is slated to open his 2023 tennis season next week in Adelaide for the Adelaide International 1. It comes more than a month after Australian officials said that Djokovic’s three-year ban from entering the country would be overturned.

The Serbian was deported from Australia in January after former immigration minister Alex Hawke found the tennis star posed a risk to public health and order because, as a celebrity sportsman who had previously expressed opposition to people being compelled to get the Covid-19 vaccine, he could be seen as an “icon” for anti-vaxxers.

The minister’s decision to deport the former world No. 1 men’s player meant he was initially banned from reentry for three years.

On Monday, Tennis Australia CEO Craig Tiley said, “We will welcome him back to Australia.”

“I have a lot of confidence that the fans will react like we hope they would react and have respect for that,” he added.

CNN has reached out to the tennis star for comment.

Djokovic has won nine men’s singles titles at the Australian Open, more than anyone else in history. He is entered to play in the 2023 edition next month.

Djokovic’s high-profile visa saga overshadowed the Australian Open earlier this year, pitting one of tennis’ biggest stars against the Australian government and dividing opinion in the country, which had enacted tough pandemic border restrictions.

The government revoked the Serbian’s visa shortly after his arrival in Melbourne on January 5 because he was not vaccinated against Covid-19.

Djokovic said he was under the impression he could enter the country because two independent panels associated with Tennis Australia and the Victorian state government had granted him an exemption on the grounds he had been infected with the virus a few weeks prior to his arrival. 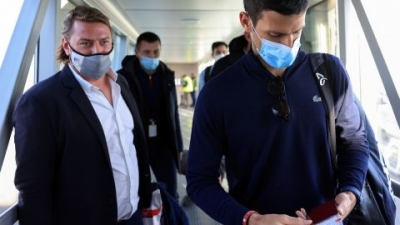 Djokovic arrives in Serbia in January 2022 after the Australian Federal Court upheld a government decision to cancel his visa to play in the Australian Open.

But the federal government argued that was not a valid reason for an exemption under its rules.

A judge later ruled that border officers had been “unreasonable” when they canceled Djokovic’s visa and ordered his release from an immigration detention center.

But his visa was then revoked for a second time and after losing his bid to challenge the decision, the tennis star left Australia.

Despite his return to action in selected tournaments following the ordeal, the player’s Covid-19 vaccination stance restricted his participation in others.