Boris Becker: Tennis great says a prison inmate tried to kill him while in UK jail 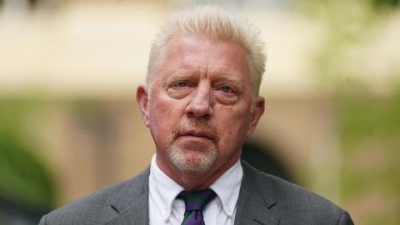 Boris Becker made tennis history when he won Wimbledon aged 17 in 1985.

Boris Becker says a prison “inmate tried to kill” him during the tennis great’s incarceration in a British jail during an interview that was aired Tuesday by German broadcaster Sat 1.

The inmate at Huntercombe prison, who Becker calls John, had been in prison for over 16 years, for killing two people when he was 18.

Becker claimed that John was unhappy with the German’s friendship with Black inmates and on one occasion threatened to sexually assault him. John had verbally explained what physical harm he would do to him.

“I was shaking so bad,” Becker said when recalling the confrontation. “I shouted loudly and immediately the inmates came out and threatened him,” added the 55-year-old former tennis star.

According to Becker, a group of about 10 prisoners, predominately Black, came to intervene and protect him when he screamed for help. The prisoners arrived and told John to leave immediately or else he would be beaten.

“He was dangerous. He couldn’t understand why I was so connected with Black prisoners,” said Becker.

“Prison world is a bit different,” added Becker, describing how John later “asked him for forgiveness” and an opportunity to reconcile. “I hugged him and told him I had great respect for him.”

In April, Becker was found guilty of four charges relating to his 2017 bankruptcy case under the Insolvency Act and was sentenced by Judge Deborah Taylor at Southwark Crown Court to two-and-a-half-years in April.

In London’s Wandsworth prison, where Becker spent the first weeks after his conviction, the 55-year-old said a fellow inmate tried to blackmail him and “wanted my money.”

Once again he says fellow inmates had protected him from any physical harm.

The UK’s Prison and Probation Service did not immediately respond to CNN’s request for comment.

“I am quite good friends with Jürgen Klopp,” said Becker, who was told by prison authorities that the Liverpool manager “is not allowed to visit you because he is too well known. We are afraid for his safety, and we don’t want the hype.”

Liverpool did not immediately respond to CNN’s request for comment. 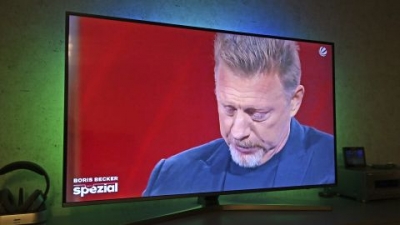 Becker gives his first interview after release from prison and fights back tears.

‘You are just a number’

The former world No. 1 men’s tennis player is now in Germany after serving eight months in prison.

“In prison, you are a nobody. You are just a number. Mine was A2923EV,” Becker told German broadcaster Sat 1’s Steven Gätjen, according to the tabloid Bild.

“And they don’t give a sh*t who you are,” added Becker, who was originally due to serve half his sentence in jail.

“I think I have rediscovered the person in me that I once was,” Becker told Gätjen.

“I have learned a hard lesson, a very expensive one, a very painful one. But the whole thing has taught me something important and good. And some things happen for a reason,” Becker added.

The time in prison made Becker “really reflect on his life,” Gätjen said. “You have to realize: Boris Becker has been in the spotlight since he was 17 years old.

“And then suddenly he’s locked up, can’t go out, only gets visits twice a month, is forced to fit into a strict prison system. I definitely had the impression that this experience really took a toll on him.”

Becker spent his first weeks behind bars in Wandsworth. Becker told Gätjen that he was “very afraid of ending up in a collective cell.”

According to Gätjen, Becker was alone for the “first four days without contact with the outside world and was locked in his cell around the clock, with one hour of exit per day.” 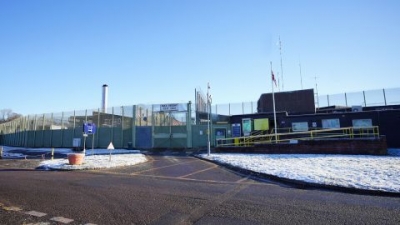 Becker was reportedly transferred to Huntercombe prison in Oxfordshire from Wandsworth in May.

The German made tennis history when he won Wimbledon aged 17 in 1985 and went on to win five more grand slam titles over the next 11 years.

He remained active in the tennis world since retiring from the sport, notably as the coach of Novak Djokovic and through frequent media appearances as a commentator and pundit.

At Becker’s court case in April, the six-time grand slam champion was accused of “playing the system with bad faith” by concealing and transferring assets, and had deprived creditors of more than £2 million ($2.51 million) in assets.

Becker previously denied all the charges, saying he had cooperated with bankruptcy proceedings, according to Reuters.