The recently launched satellite captured a stunning panoramic view of the Earth, created from swaths of data captured throughout the full globe over a period of 24 hours between Dec. 5 and Dec. 6.

According to the agency, the mosaic image shows bright blue water containing phytoplankton in the Caribbean Sea, weather systems moving and smog from agricultural fires in Northern India. 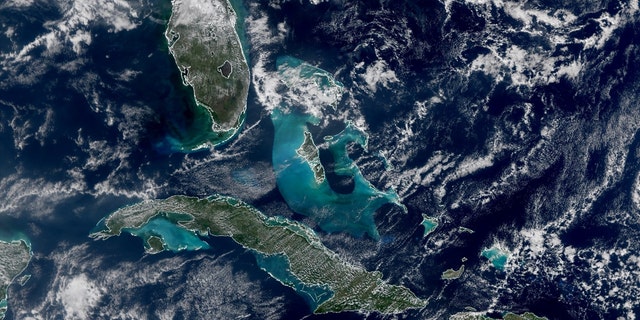 The image above captured by NOAA-21’s VIIRS instrument shows ocean color around the Southern tip of Florida and the Caribbean.
(Credit: NOAA STAR VIIRS Imagery Team)

Dr. Satya Kalluri, Joint Polar Satellite System program scientist, said in a release that the turquoise color around Cuba and the Bahamas is due to sediment in the shallow waters around the continental shelf. 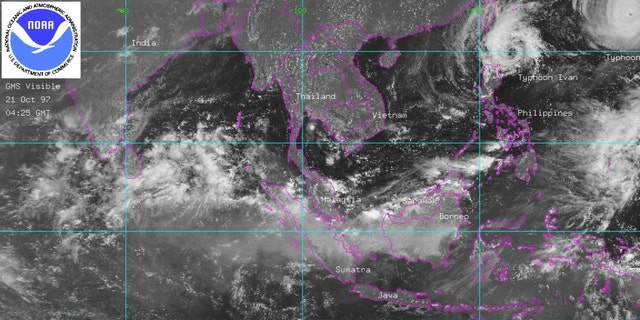 This satellite image released by NOAA 21 October shows smoke from massive forest fires over the Indonesian islands of Borneo and Sumatra.
(AFP/AFP via Getty Images)

Over land, the instrument – which also flies on the Joint Polar Satellite System’s NOAA-20 and Suomi-NPP satellites – is able to detect and measure the intensity of wildfires, droughts and floods.

The fire intensity is fed into a product that tracks the thickness and movement of wildfire smoke.

VIIRS also generates critical environmental products on snow and ice cover, clouds, fog, aerosols and dust, as well as the health of the world’s crops. 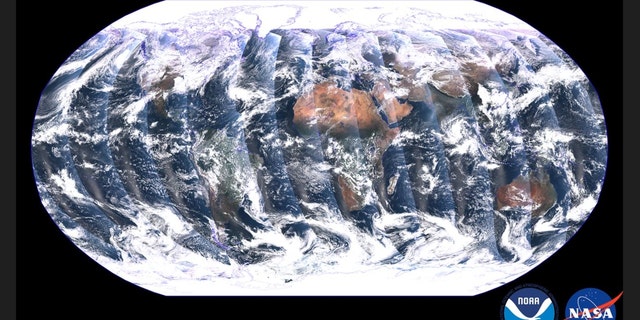 Unlike geostationary satellites, polar-orbiting satellites capture swaths of data throughout the full globe and observe the entire planet twice each day. This global mosaic, captured by the VIIRS instrument on the recently launched NOAA-21 satellite, is a composite image created from these swaths over a period of 24 hours between Dec. 5 and Dec. 6, 2022.
(NOAA STAR VIIRS SDR team.)

The instrument was launched from the Vandenberg Space Force Base on Nov. 10.

NOAA-21, previously known as JPSS-2, is the second operational satellite in a series called the Joint Polar Satellite System.

NOAA and NASA oversee the development, launch, testing and operation of all the satellites in the system.