The Hubble Space Telescope recently captured the “glittering swarm” of stars of the globular cluster NGC 6440.

The cluster is located in the constellation Sagittarius, some 28,000 light-years away.

Globular clusters like NGC 6440 are tightly-packed collections of stars that live on the edges of galaxies.

They can hold anywhere from hundreds of thousands to millions of stars that average about one light-year apart.

However, they can be as close together as the size of our solar system. 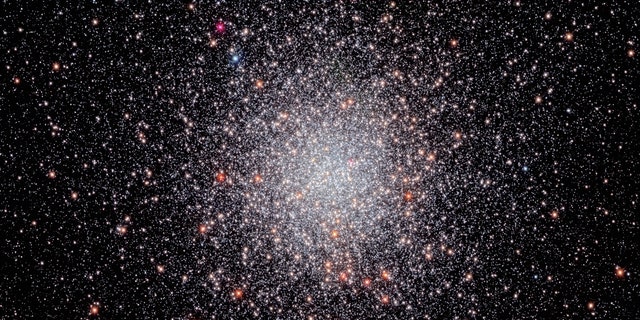 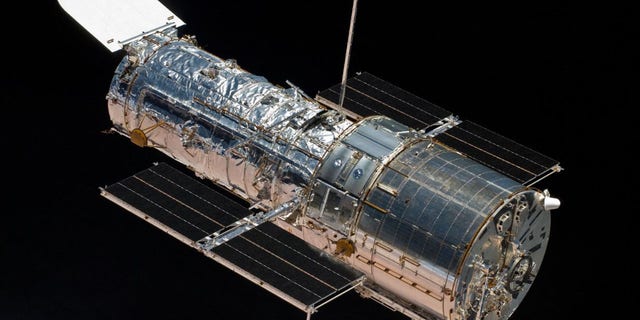 An astronaut aboard the space shuttle Atlantis captured this image of the Hubble Space Telescope on May 19, 2009.
(NASA)

Four of those programs focused on the properties of pulsars, which are highly magnetized, rotating neutron stars that emit a beam of electromagnetic radiation from their magnetic poles.

NGC 6440 was discovered in the 18th century by astronomer William Herschel. 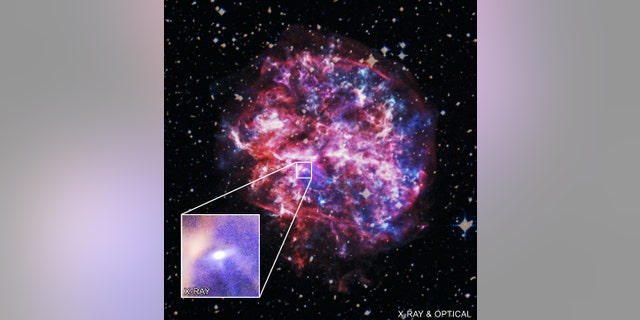 A young pulsar is blazing through the Milky Way at a speed of over a million miles per hour. This stellar speedster, witnessed by NASA’s Chandra X-ray Observatory, is one of the fastest objects of its kind ever seen.
(Image credit: X-ray: NASA/CXC/SAO/L. Xi et al.; Optical: Palomar DSS2)

According to Space.com, it is the home to at least eight of the rapidly rotating pulsars.