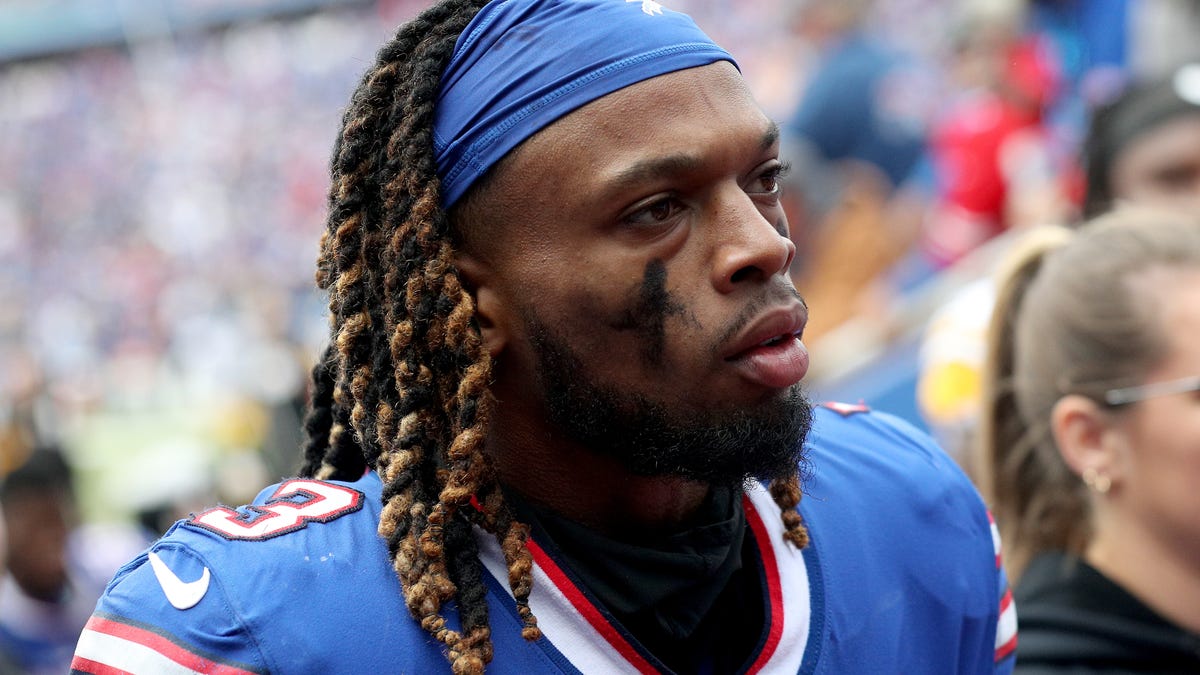 Buffalo Bills safety Damar Hamlin suffered a cardiac arrest and collapsed during a game against the Cincinnati Bengals on Monday.
Gettyt Images

The football game between the Buffalo Bills and the Cincinnati Bengals that was suspended Monday night after Bills player Damar Hamlin collapsed on the field will not be completed, the NFL announced Thursday.

The 24-year-old safety for the Bills fell backward to the turf after suffering a cardiac arrest following a tackle he made in the first quarter of Monday’s game. Medical attention was immediately given to Hamlin on the field, including CPR, before he was taken to a local hospital. The NFL announced later that night that the game would be postponed for the evening.

NFL Commissioner Roger Goodell informed all the teams in the league of the decision to cancel the game earlier Thursday.

“This has been a very difficult week,” Goodell said in a statement. “We continue to focus on the recovery of Damar Hamlin and are encouraged by the improvements in his condition as well as the tremendous outpouring of support and care for Damar and his family from across the country.  We are also incredibly appreciative of the amazing work of the medical personnel and commend each and every one of them.”

The NFL said the decision was made because the game between the two teams wouldn’t factor into whether either team made the playoffs and because rescheduling the game would result in delaying the start of the playoffs.

Hamlin has been in the intensive care unit at the University of Cincinnati Medical Center where he remains on a ventilator to assist his breathing. Doctors treating him said Thursday he has awakened and is “demonstrating signs of good neurological recovery.”

Hamlin “is expected to remain under intensive care as his health care team continues to monitor and treat him,” the Bills said in a statement Wednesday on Twitter.