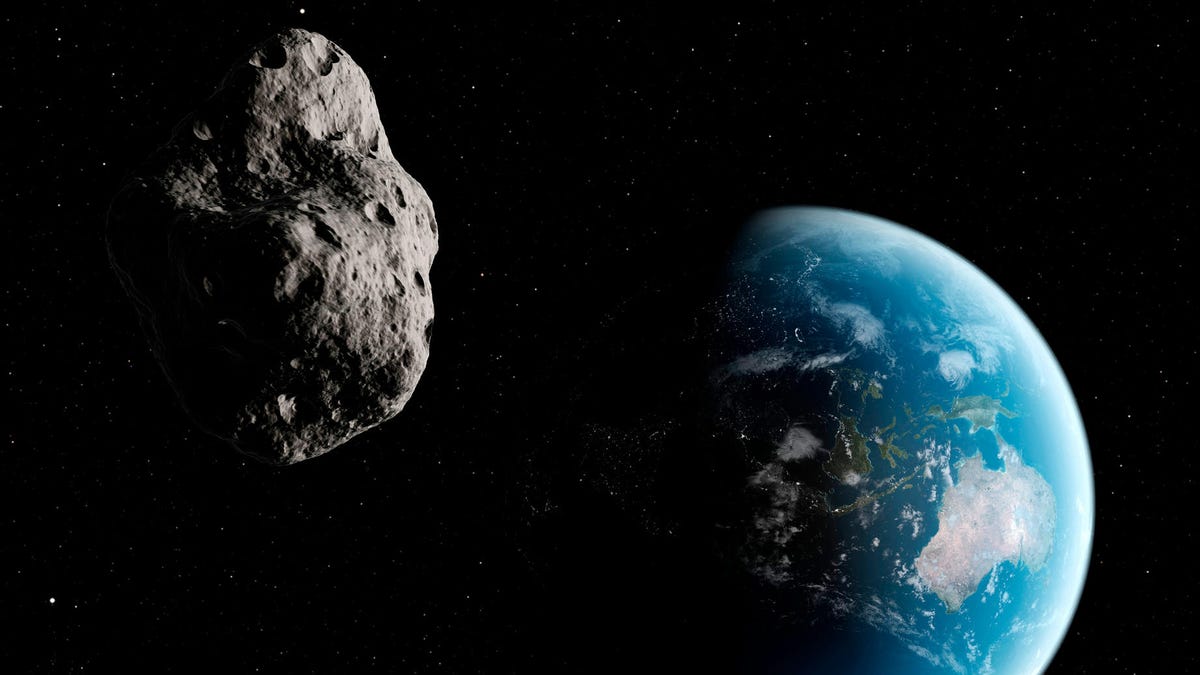 An asteroid just spotted for the first time seems to have been circling Earth for decades.
NASA

Our planet has a pretty permanent relationship with the moon, but occasionally Earth’s gravity can also capture small asteroids that then spend a period of time orbiting us as a sort of temporary satellite. This has happened at least twice this century, with the “mini moons” hanging around for just a few years or less, but newly discovered asteroid 2022 YG appears to have been trapped in a bizarre orbit for a number of decades.

The curious space rock was first observed on Dec. 15. Interestingly, one of the first people to spot it was amateur astronomer Gennadiy Borisov of Crimea, who is also known for discovering the first known interstellar comet, which now bares his name.

Asteroid 2022 YG, as it has initially been cataloged, looks to be between 52 and 98 feet (16 to 30 meters) in diameter. Early computer models of its orbit show that it takes about a year to circle Earth once and that it has been doing so since sometime around 1961. Run the simulation into the future, and it looks as though the asteroid will continue to act as a quasi-satellite until 2181 when it may finally break free from Earth’s gravitational hold.

A new co-orbital asteroid for Earth? @AdrienCoffinet noticed that newly-discovered asteroid 2022 YG has been circling Earth as a quasi asteroid since 1961 and will continue to do so until 2181. More observations may refine this. pic.twitter.com/FJ5IkTotaV

Visualizations of the orbital data for 2022 YG show it taking an odd path around our planet, stretching into an elongated ellipse in one direction, then migrating back to a more circular orbit and stretching out again in the other direction before the whole cycle repeats itself.

Watching the asteroid’s projected path over a period of a few centuries is oddly hypnotic in this visualization posted to YouTube.

Previous “mini moons” included asteroids 2020 CD3 and 2006 RH120, but both only stayed for a relatively short time. More observations are needed to refine the apparent orbit of 2022 YG to see if it truly will be with us deep into the next century.

There have been mini-moon false alarms in the recent past. An apparent new tiny satellite spotted in 2020 turned out to be a big hunk of space junk from a 1960s rocket launch instead.