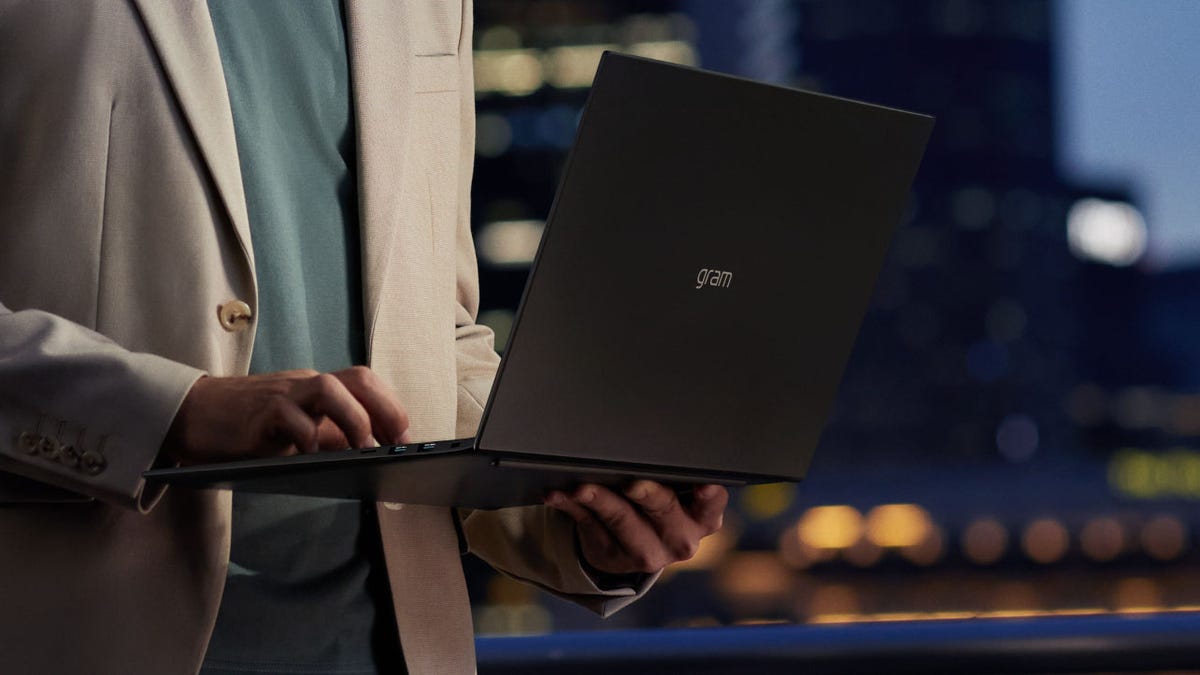 LG makes some impressive laptops with lightweight designs, reliable performance and long battery life. This year’s LG Gram Style — unveiled at CES 2023 in Las Vegas — has a little bonus that one-ups standard Gram laptop designs: A hidden haptic touchpad with LED backlighting that turns on when you touch it.

LG says the Gram Style (which we hope to get our eyes on soon) have glass-topped bodies that make the chassis color shine and shift dynamically. The Gram Style is joined by the Gram Ultraslim, and both laptop models extend a line from LG that tends to fly a bit under the radar.

Here’s what else you need to know. The Gram Ultraslim 15Z90RT is only 11 millimeters thick — the thinnest Gram ever — when closed and weighs a scant 998 grams (2.2 pounds). Despite its size and weight, though, LG squeezed in a new Intel 13th-gen Core processor, up to 32GB of LPDDR5 RAM and up to a 1TB solid-state drive. It has a 15.6-inch 1080p OLED display, too.

The 14- and 16-inch Gram Style laptops (14Z90RS and 16Z90RS ) also have OLED displays but are 16:10 instead of the Ultraslim’s 16:9 aspect ratio. The slightly taller display gives you a little more space to work. The 16-inch display has a 3,200×2,000-pixel resolution, while the 14-inch has 2,880×1,800 pixels. The internal components are the same as those offered in the Ultraslim, but they have larger batteries that should help accommodate the power needs of the higher-res OLED screens.

As you might expect given the name, the Style adds some design flair you won’t find on standard Gram laptops — that’s the LED backlight on the haptic touchpad, and the glass topper that LG adds some visual shimmer.

More details on the new models are available on LG’s site. However, LG did not announce availability or pricing for any of the new or updated models.