New findings from NASA’s James Webb Space Telescope are shedding light on star formation in a dynamic cluster that lies within a nebula 200,000 light years away.

NGC 346, located in the Small Magellanic Cloud (SMC), is one of the most dynamic star-forming regions in nearby galaxies.

The SMC is a dwarf galaxy close to the Milky Way which contains lower concentrations of metals.

Since dust grains in space are composed mostly of metals – elements heavier than hydrogen or helium – scientists expected there would be low amounts of dust, and that it would be hard to detect. 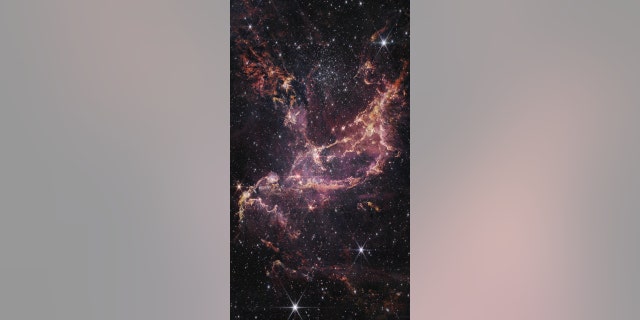 However, the agency said new data from Webb has revealed the opposite.

Astronomers examined the region because the conditions and amount of metals within the SMC resemble those of galaxies billions of years ago when star formation was peaking during the “cosmic noon” era.

By observing protostars that are still in the process of forming, researchers can learn if the star formation process is different from that of the Milky Way. 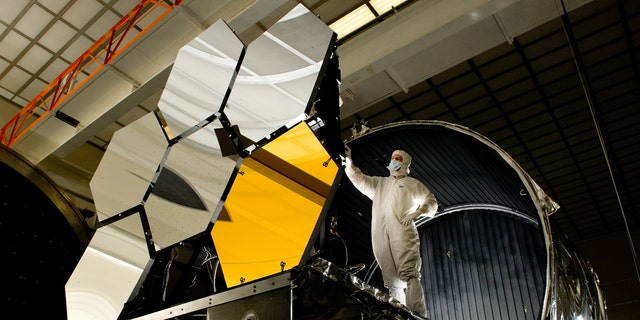 While stars are forming, they collect gas and dust, which can appear like ribbons in Webb imagery.

The material collects into a disk that feeds the protostar.

While astronomers have previously detected gas around protostars within NGC 346, Webb’s near-infrared view marks the first time they have also found dust in the disks. 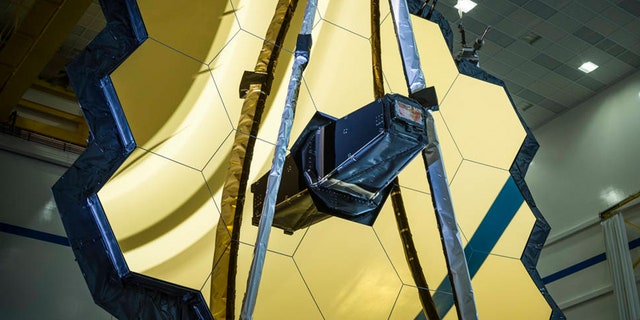 “We’re seeing the building blocks, not only of stars, but also potentially of planets,” Guido De Marchi of the European Space Agency, a co-investigator on the research team, said in a statement. “And since the Small Magellanic Cloud has a similar environment to galaxies during cosmic noon, it’s possible that rocky planets could have formed earlier in the universe than we might have thought.”