Funky Mars Rock Spotted by NASA Rover Might Be a Meteorite 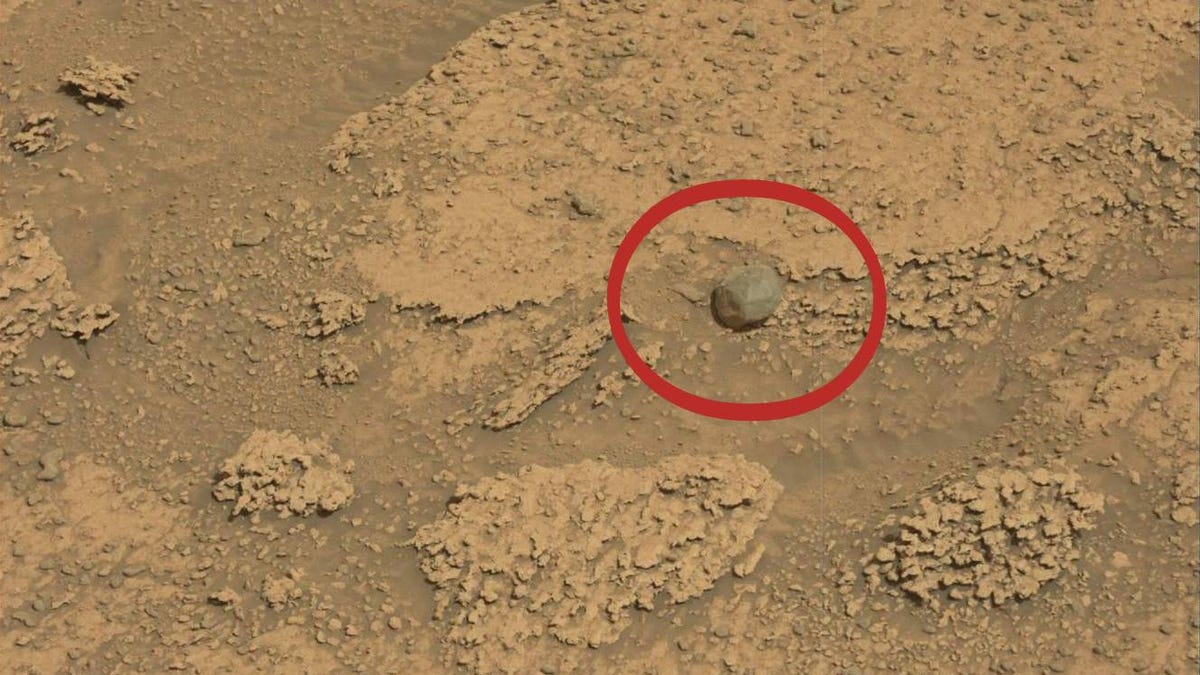 The roundish gray rock in this Curiosity rover image from Jan. 9, 2023 may have come from elsewhere.
NASA/JPL-Caltech/MSSS/red circle by Amanda Kooser/CNET

It’s always a delight when a NASA rover finds something that doesn’t fit in on the Martian surface. Sometimes, it’s landing debris. Sometimes it’s a rock that wandered over from somewhere else. Sometimes it’s a meteorite from space. The Curiosity rover team is puzzling over a goofy little gray rock that stands out from its surroundings. It might be a meteorite.

“This is an unusual gray float rock which may be a remnant of material higher up Mount Sharp or may be a meteorite. We have analyzed a few meteorites over the past 10 years, but they are not so abundant that we fail to get excited at the thought of a new one,” planetary geologist Catherine O’Connell-Cooper wrote in a rover update this week. 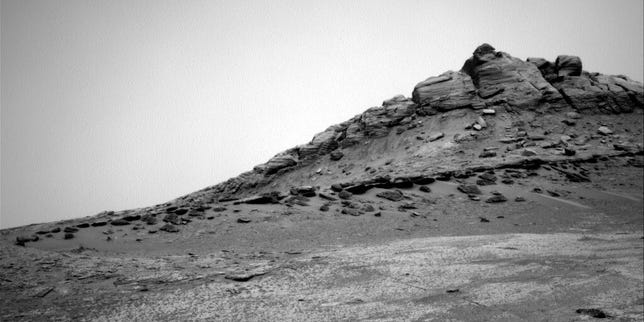 This Curiosity photo from October 2022 shows the thin, dark layer of the Marker Band running from left to right (though it’s thinner on the left).

A “float” rock is one that’s come from somewhere else. The rock in Curiosity’s image resembles previous meteorites found on Mars that have a dark, shiny look to them.

Mars has a long history of being bombarded by rocks from space. NASA’s dearly departed InSight lander even picked up the sounds of meteoroid impacts during its mission.

Curiosity is exploring the Gale Crater, working its way up the slopes of the crater’s massive central mountain, Mount Sharp. One area of interest here is a geologic formation called the Marker Band, which O’Connell-Copper previously described as “a thin dark band whose origin is unclear.” The mystery rock is located below the Marker Band. 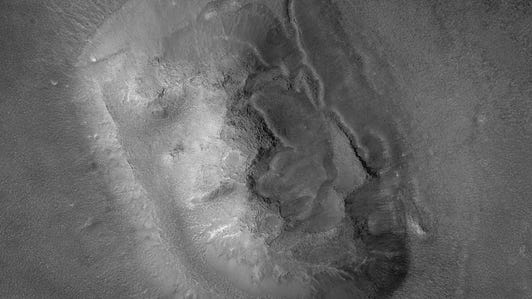 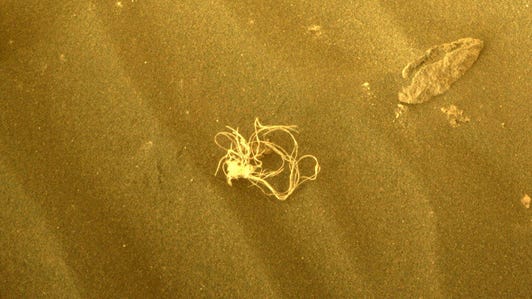 Meteorites on Mars are worth studying. In 2016, NASA investigated a meteorite named “Egg Rock” found by Curiosity. Egg Rock was an iron meteorite that may have originally been part of the core of an asteroid. Scientists are interested in how exposure to the Martian environment affects iron meteorites and how that compares with what meteorites experience on Earth.

Curiosity has been on Mars for over 10 years, but its sightseeing never gets old. The mystery rock is just the latest little piece of visual intrigue from a fascinating planet.