NASA’s Orion capsule splashed down in the ocean Sunday after a 25-day uncrewed test flight around the moon, concluding a mission that paves the way for astronauts on the next lunar flyby.

The capsule splashed down west of Baja California, more than 300 miles south of the original target zone. Forecasts calling for choppy seas and high wind off the Southern California coast prompted NASA to switch the location. 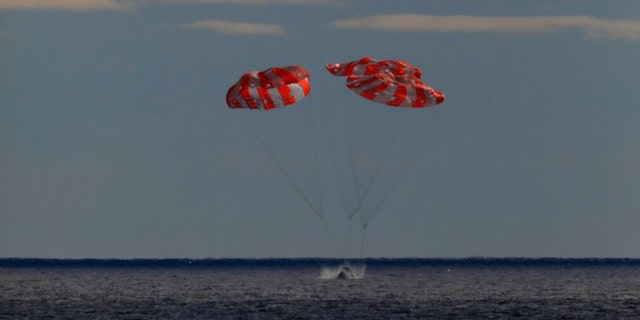 The Orion spacecraft for the Artemis I mission splashes down in the Pacific Ocean after a 25.5-day mission to the Moon, Sunday, Dec. 11, 2022.
(NASA via AP)

The incoming capsule hit the atmosphere at 32 times the speed of sound and endured reentry temperatures of 5,000 degrees Fahrenheit before splashing down near Guadalupe Island. A Navy ship quickly moved in to recover the spacecraft and its silent occupants – three test dummies rigged with vibration sensors and radiation monitors.

With a return speed of 25,000 mph the capsule used a new, advanced heat shield never tested before in spaceflight. To reduce the gravity or G loads, it dipped into the atmosphere and briefly skipped out, also helping to pinpoint the splashdown area.

Orion logged 1.4 million miles as it zoomed to the moon and then entered a wide, swooping orbit for nearly a week before heading home. It came within 80 miles of the moon twice. At its farthest, the capsule was more than 268,000 miles from Earth.

The space agency needed a successful splashdown to stay on track for the next Orion flight around the moon, currently targeted for 2024. Four astronauts will make the trip. That will be followed by a two-person lunar landing as early as 2025. 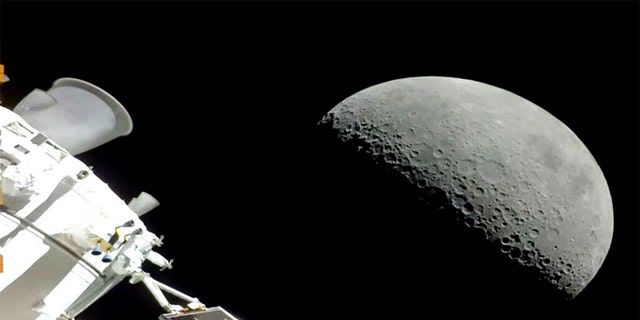 Orion was the first capsule to visit the moon since Apollo 17 astronauts touched down on Dec. 11, 1972, becoming the last of the 12 moonwalkers. The spacecraft launched on NASA’s new mega moon rocket from Kennedy Space Center on Nov. 16. It was the first flight of NASA’s new Artemis moon program, named after Apollo’s mythological twin sister.

The $4 billion test flight comes after years of flight delays and busted budgets. Fuel leaks and hurricanes conspired for additional postponements in late summer and fall. 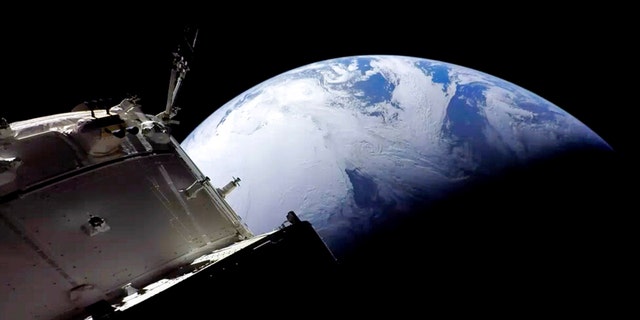 The Orion spacecraft approaches Earth on Sunday, Dec. 11, 2022, as it neared the end of its three-week test flight to the moon.
(NASA via AP)

Orion beamed back stunning photos of not only the gray, pitted moon, but also the home planet. As a parting shot, the capsule revealed a crescent Earth that left the mission team speechless.

Orion, meanwhile, should be back at Kennedy by the end of this December for further inspections. NASA expects to announce the crew for its next Artemis moonshot in the coming months.