The annual Geminids Meteor shower is peaking Wednesday morning and will be visible through Dec. 17.

According to NASA, the shower started at or around 9 or 10 p.m. CST on Tuesday and it is expected to peak at 6 a.m. CST on Wednesday.

Skywatchers can still view Geminids after its peak, but dedicated observers could possibly spot one or two on the night of Dec. 17.

During perfect conditions, the Geminids produce approximately 100 to 150 meteors per hour. 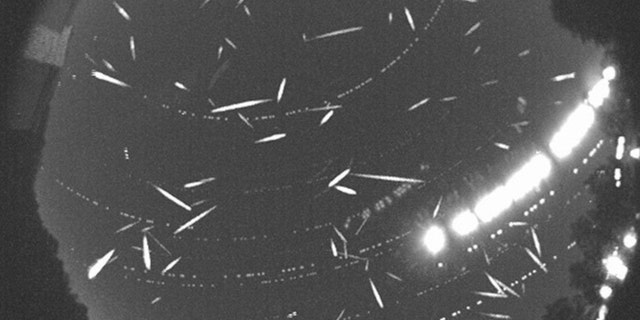 Over 100 meteors are recorded in this composite image taken during the peak of the Geminid meteor shower in 2014.
(Credit: NASA/MSFC/Danielle Moser, NASA’s Meteoroid Environment Office)

This year, NASA pointed out that a waning gibbous moon would make viewing harder, resulting in just 30 to 40 visible meteors per hour at the peak in the Northern Hemisphere, depending on sky conditions.

However, the Geminids are bright.

The fragments travel at 78,000 miles per hour, and most burn up at altitudes between 45 and 55 miles. 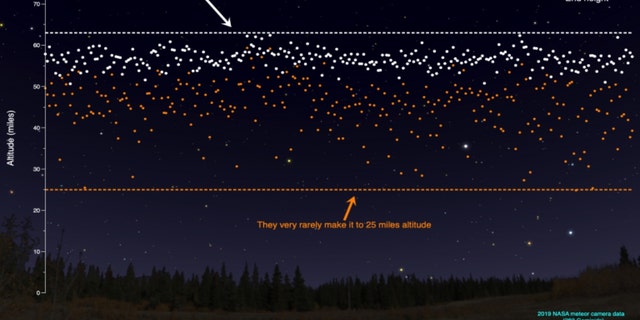 An info graphic based on 2019’s meteor camera data for the Geminids.
( Credit: NASA)

The meteors appear to radiate from the constellation Gemini.

Those close to the radiant have very short trails and are easily missed.

Tracing back the meteor to the constellation can determine if you saw a Geminid. Other weaker showers occur simultaneously. 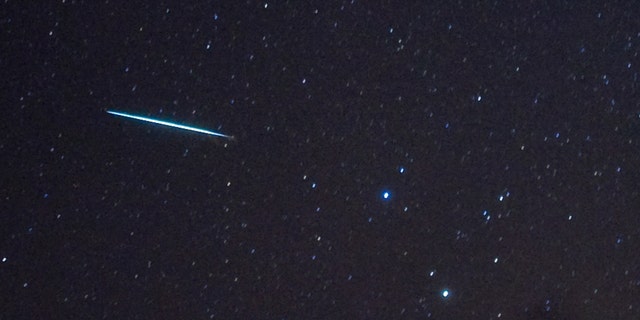 A meteor (L) from the Geminids meteor shower enters the Earth’s atmosphere past the stars Castor and Pollux (two bright stars, R) on December 12, 2009 above Southold, New York.
( (Photo by Stan Honda/AFP via Getty Images))

The Geminids originate from the debris of the asteroid 3200 Phaethon, which orbits the sun every 1.4 years.

Every year, the Earth passes through its trail of debris.