NASA has a ball with Super Bowl tie-ins 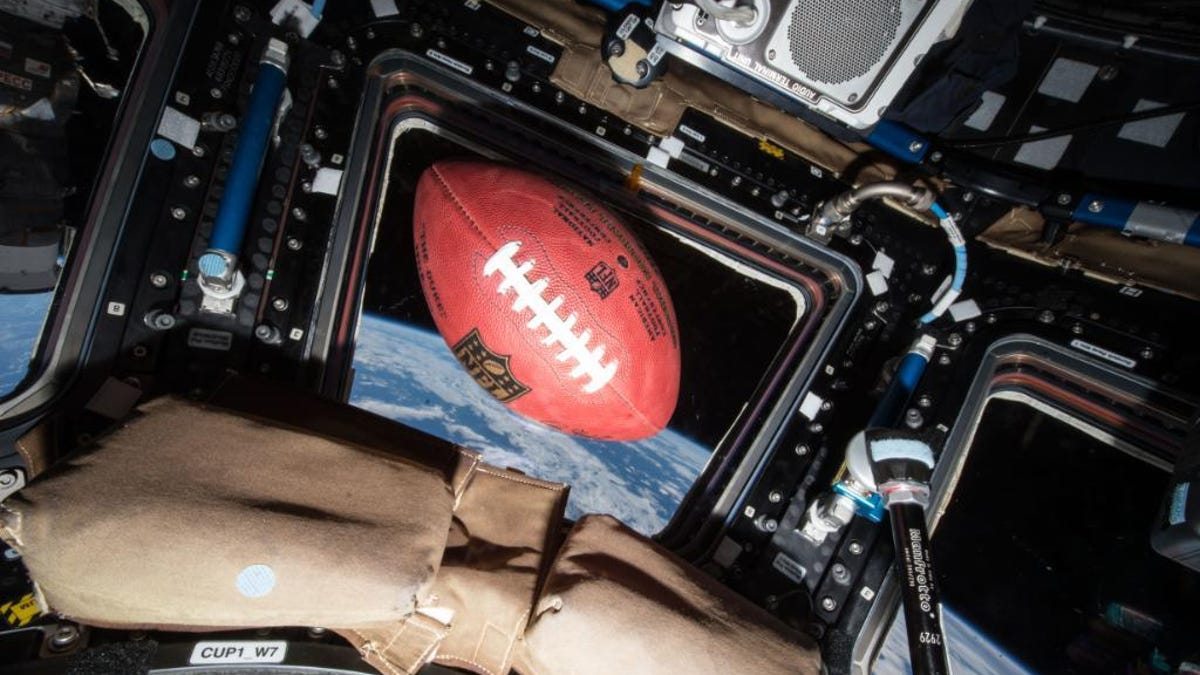 A football floats on the International Space Station.
NASA

The folks at NASA enjoy football just as much as anyone. They just look at it a little differently.

For example, NASA shared an eye-opening visualization of the immensity of the International Space Station: It’s roughly the size a football field.

Go Deep! 🏈 The @Space_Station measures 357 feet end-to-end, which is about the same size as the football field that the @Patriots & @RamsNFL are playing on today during the #Superbowl. Discover more about our orbiting laboratory: https://t.co/mj1TGNBeai #SBLIII pic.twitter.com/2IXyo664r7

It would take 17 of the under-construction James Webb Space Telescope mirrors to reach across that same field.

Some #NASA trivia to ponder as you watch the #Superbowl today… The James Webb Space Telescope is so big, a total of 17 of #Webb’s mirrors could fit across a football field, endzone to endzone! #SB53 #JWST pic.twitter.com/d9GOq7d0Ns

The big game is this weekend! Have you started your grocery list? Don’t worry — we’ve got your queso ingredients right here, just like astronauts might enjoy on the International @Space_Station! #SuperBowl pic.twitter.com/Edoj1RjB3q

We also learned you can fit 4,625 footballs into the NASA Orion crew module, the space agency’s next-gen transportation capsule for astronauts.

The answer is 4,625 footballs! Did you guess right? pic.twitter.com/zWLIlZIM22

While many of us were watching only a TV screen during the game, the ISS crew also witnessed multiple sunrises and sunsets.

The crew living and working aboard the @Space_Station will see the day begin and end TWICE during today’s #SBLIII. Discover even more space and football facts: https://t.co/YXP3zY2bfl pic.twitter.com/sLW23I7vor

Just saw the @Space_Station appear during the #SuperBowl? It orbits Earth with a crew living and conducting science in microgravity. Learn more about the @ISS_Research & more underway now: https://t.co/74cLLK9Mk0 pic.twitter.com/fYOr9YpDAP

The Patriots got a supernova, while the Rams got a nebula.

Any @Patriots fans in the house? Show your @SuperBowl spirit and share this supernova with your teams colors, seen by @NASAHubble.

Think the @RamsNFL will take home the title this #[email protected] found a nebula just for you 💫 Share this electrifying image of your teams colors to show some #LARams love! pic.twitter.com/2dx2NUjcTX

One aspect of the game that NASA didn’t comment on was the Patriots’ victory. We’ll leave that job up to the Twitter memesters. 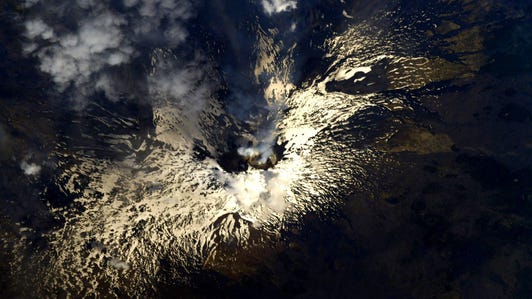 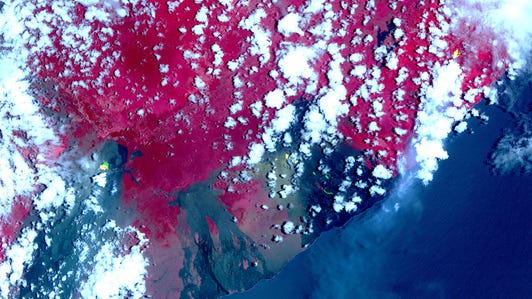 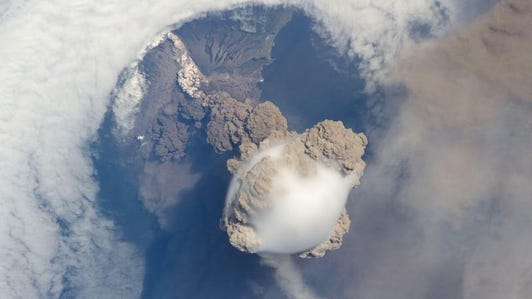