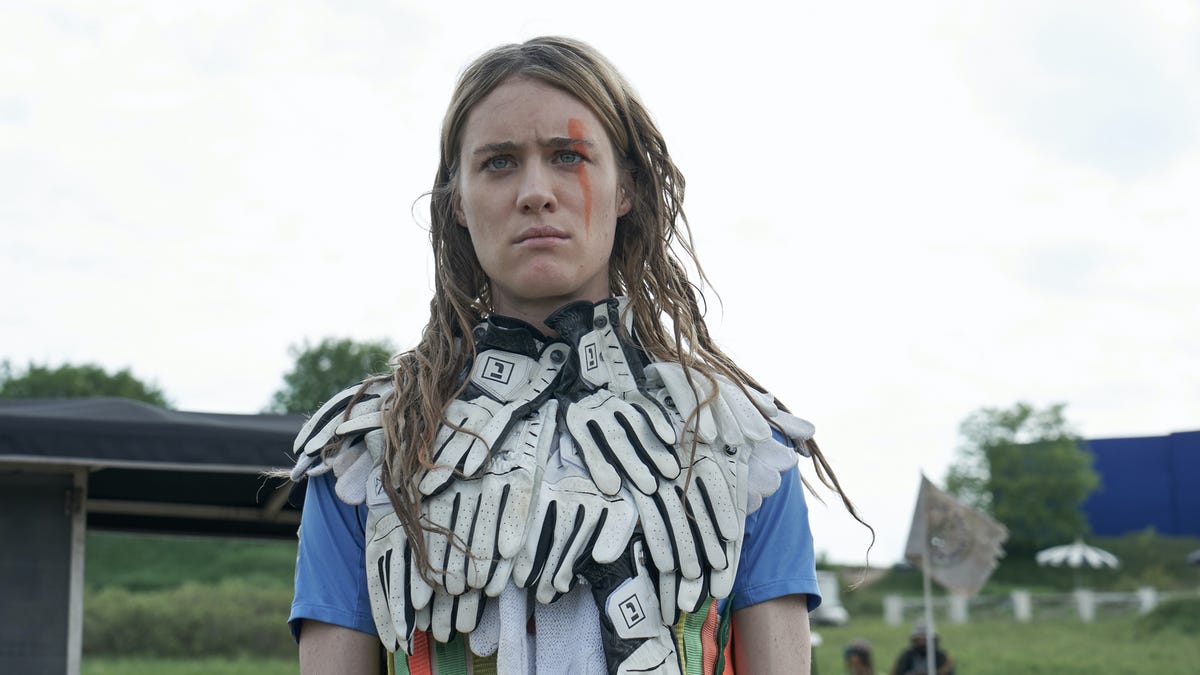 Watch this show. You won’t regret it.
Ian Watson/HBO Max

At first, Station Eleven annoyed me. Three episodes deep, I’d fallen asleep not once, but twice. I wasn’t just frustrated with what I perceived to be self indulgence – I was bored.

A post-apocalyptic HBO Max miniseries set in the immediate aftermath of a deadly and highly contagious flu, Station Eleven is a show about a fictional pandemic – shot, produced and released during an actual pandemic. But in many ways that pandemic is subservient and unimportant. Station Eleven is a show about things. About big ideas and themes. It’s a show about survival. About trauma. About taking refuge in the transitive power of art and the connective tissue of our shared humanity.

In other words: urgh.

From the outset, this is a show that spells out grand ambitions in clear terms. This is a show that opens with King Lear. A show that makes flagrant use of Shakespeare as a narrative and framing device, but also has the gall to place itself at the center of a grand literary canon.

Once again: urgh. The biggest urgh I can muster.

Three episodes deep I jumped into one of CNET’s many Slack channels to unload on the show with my co-workers. It was self-indulgent. It was boring. It took itself way too seriously. It was high on its own supply. It was fundamentally flawed in comparison with a show like, say, Yellowjackets – which masked its own themes of trauma under the guise of a cunning and compelling mystery box show.

“Station Eleven sucks.” I think that’s what I typed. I was wrong. I couldn’t have been more wrong.

Just seven episodes later, at the show’s conclusion, I went crawling back to that same office Slack, on my hands and knees, to tell everyone that – actually – Station Eleven is one of the best TV shows I think I’ve ever seen in my life and that every human being alive should make efforts to watch it. 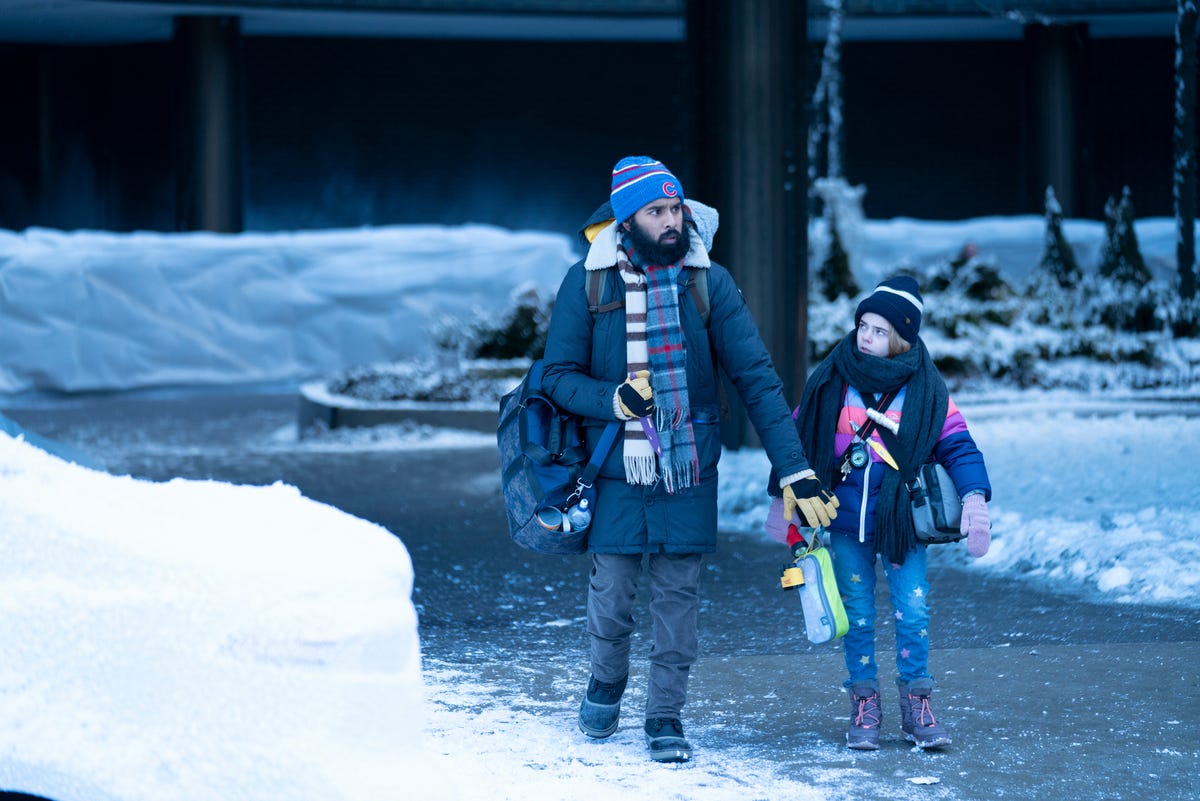 My favorite moment in Station Eleven occurs halfway through episode 9.

Jeevan, one of the show’s main characters, has been looking after Kirsten, a child actress obsessed with a comic book – the titular Station Eleven. A comic book she carries with her everywhere as she travels in the post-pandemic world. A comic book that gives her hope in desperate circumstances.

After trekking back to their home base, Kirsten realizes she’s dropped the comic book in the snow. Frustrated, not quite understanding why it matters, Jeevan angrily stomps back into the wilderness to retrieve it. During the search, a wolf attacks him, mauling him half to death. As he crawls on his hands and knees, fighting for survival in extreme subzero temperatures, he stumbles across the comic book, buried in the snow. In complete agony he begins reading it, before tossing it aside, screaming: “IT’S SO PRETENTIOUS!”

It’s an incredibly cathartic moment. To begin with, it’s funny! A perfectly timed moment of comedy in the midst of a dark, visceral moment. I laughed out loud. But it’s also an acknowledgement, a crystalized moment of self awareness. The show is talking about itself, directly to its audience. Yes, Station Eleven is pretentious. It is a show actively wrestling with big ideas – swinging for the fences, navigating the value of art in a world filled with suffering.

But Station Eleven is also self-aware enough to know it’s asking a lot. Of its audience, of itself as an entertainment product. That’s important.

Why should we care about a television show? Why should any kind of art matter? In a world where I find myself drifting away from so-called “prestige TV,” Station Eleven forced me to ask myself that question.

Recently I’ve been more likely to consume endless, disposable anime, or binge watch feel-good reality shows like Old Enough and The Great British Bake Off. Given what we’ve all gone through over the last two or three years, it’s been difficult to summon the “big brain energy” required to enjoy a show like Station Eleven. A show that forces us to reckon with big questions and big ideas. 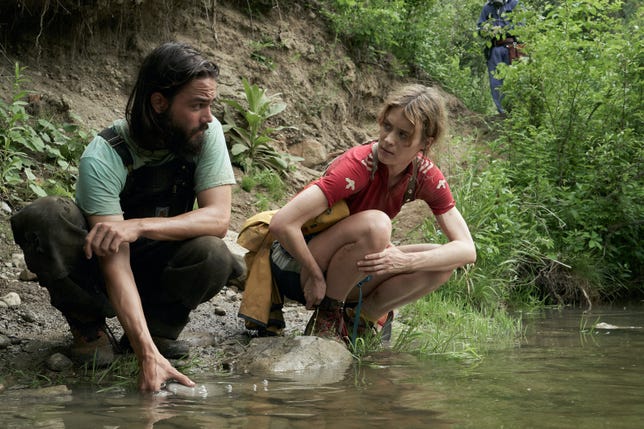 Station Eleven goes in directions you might not expect.

That’s precisely why I found Station Eleven so repulsive in the beginning. In the midst of COVID-19, a period of ground-shaking political strife, you’re really gonna ask me to engage with a TV show about a traveling troupe of Shakespearean actors performing Hamlet in a post-pandemic wasteland? That’s a big ask.

But Station Eleven works because it rules on every possible level. It’s as simple as that. It’s a well-written show, with great performances and soundtrack that will haunt you long after you’ve finished watching.

Station Eleven swings for the fences but hits the ball clean. It takes time to deliver on its bold vision, but if you stick through that initial slow burn – fight through that initial repulsion – you’ll be rewarded with a show that has nuanced things to say on every “Serious Topic” it dares to broach. This is a show about families – real and inherited. It’s a show about the legacy of shared trauma. A show about art as a refuge. If that gives you the ick, I get it. But in a very real universe where we’re deep in the wilderness of our own pain and suffering, Station Eleven is as essential as television gets.