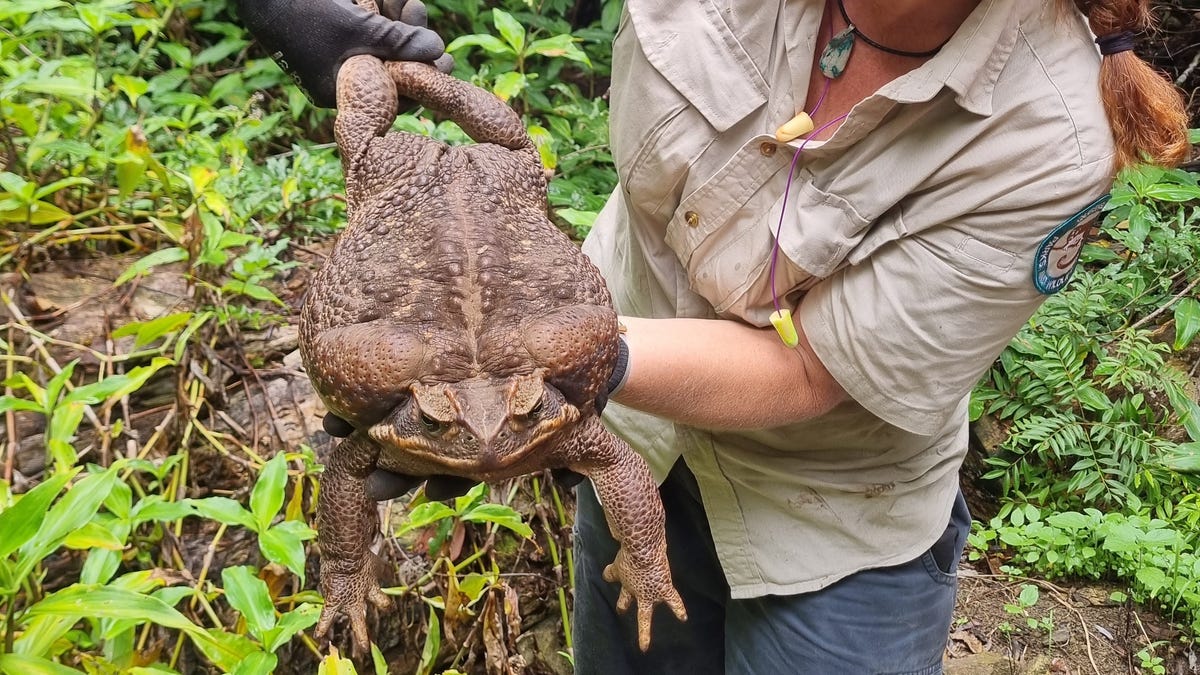 Cane toads reproduce like mad and take a toll on native animals. Rangers at Conway National Park in Queensland, Australia, discovered an absolute monster of a cane toad that was so big it earned the name “Toadzilla.” 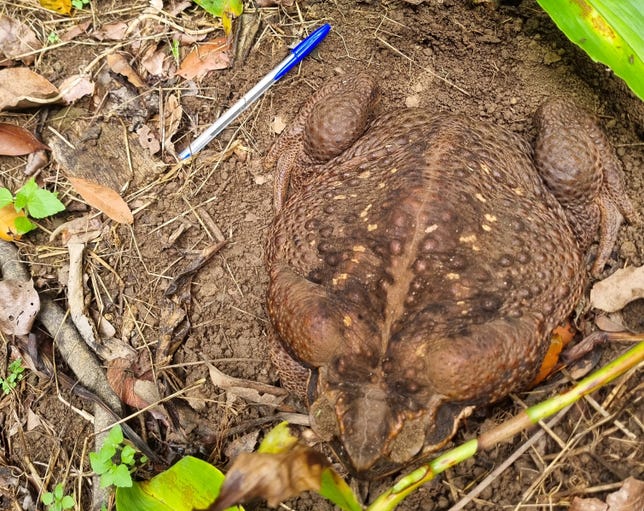 Toadzilla was removed from the wild.

The toad’s discovery was fortuitous. Rangers stopped their vehicle due to a snake crossing the track, and ranger Kylee Gray got out and spotted the toad. “I reached down and grabbed the cane toad and couldn’t believe how big and heavy it was,” Gray said in a Queensland Department of Environment and Science statement on Friday. The rangers removed the toad from the wild.

Cane toads are hungry critters that will eat anything that fits in their mouth. Their diet is varied, covering insects all the way up to small mammals. Toadzilla was likely a female due to its size. It weighed in at about 6 pounds (2.7 kilograms), which Gray said may be a new record.

The Queensland government provided some toad facts. Entomologists  introduced the cane toads in the 1930s to eat destructive cane beetles, but the amphibians became a problem of their own. They can live up to 15 years and produce up to 30,000 eggs in a breeding season.

The toads secrete a toxin from their skin glands that can prove fatal to wildlife, and domestic pets like dogs, that try to bite or feed on them. They also push out native species by hogging shelters and food resources.

The captured cane toad did not get a happily ever after ending. “She has been euthanized due to the environmental damage they cause,” the department said on Twitter. So just as we’ve met Toadzilla, we now say goodbye to Toadzilla.