McCarthy’s GOP foes dig in before House speaker vote: ‘No principles,’ ‘part of the problem’

The group of Republicans threatening to block House Republican Leader Kevin McCarthy’s bid to be the next House speaker dug in their heels even more over the long weekend and into Tuesday morning, when another GOP lawmaker made it clear McCarthy would not get his vote.

House Freedom Caucus Chairman Scott Perry of Pennsylvania, who was already indicating he would likely oppose McCarthy, left little doubt he would vote for someone else.

“We’ve worked in good faith for months to change the status quo,” Perry said. “At nearly every turn, we’ve even sidelined or resisted by McCarthy, and any perceived progress has often been vague or contained loopholes that further amplified concerns as to the sincerity of the promises being made.”

Perry said McCarthy has never shown “any desire” to change the status quo in Washington, and offered only “vague” promises to change the way the House operates in response to demands from GOP hardliners.

“Kevin McCarthy had an opportunity to be Speaker of the House,” Perry wrote. “He rejected it.” 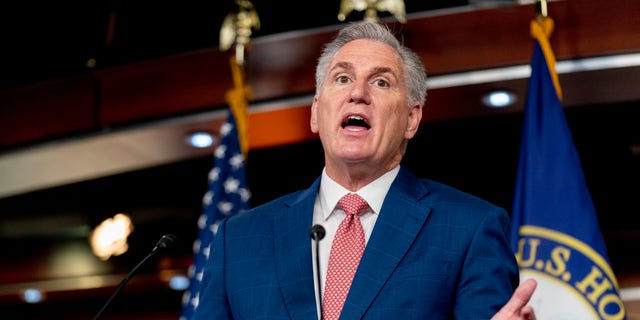 House Republican Leader Kevin McCarthy has yet to secure the support of GOP hardliners who are threatening his bid to be the next House speaker.
(AP Photo/Andrew Harnik)

McCarthy, R-Calif., is still hoping to capture a minimum of 218 votes when elected members of the House meet Tuesday at noon to vote on who will be the 118th Congress’s next speaker and be second in line to the presidency. However, Perry’s statement opens up the possibility that several members of the House Freedom Caucus will vote against him today, which could mean several days of voting before the GOP settles on a speaker.

In the last few weeks, four Republican members have indicated McCarthy can never get their vote, and their Twitter traffic on Monday showed they have not budged.

Rep. Andy Biggs, R-Ariz., who directly challenged McCarthy for the speakership and may do so again on the House floor this week, tweeted that McCarthy’s rules proposal shows that McCarthy has “gone into total bargaining mode” to win the votes for speaker.

“There are no principles anymore,” Biggs wrote Monday. “It’s become a take-whatever-you-need motto. This is what a McCarthy speakership would look like and would put our country last.”

Biggs predicted that McCarthy would never reach the 218 votes he needs and accused him of trying to “smear” Biggs’s name. 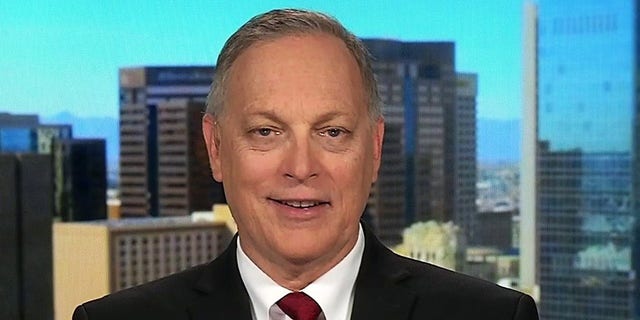 Rep. Andy Biggs of Florida predicted that McCarthy will never get the 218 votes he needs to be the next House speaker.

Rep. Matt Gaetz, R-Fla., tweeted out an op-ed he wrote for the Daily Caller, “Republicans Need a Real Leader, Not Kevin McCarthy,” in which he said every Republican in Congress knows McCarthy “has no ideology.” Gaetz accused McCarthy of falling for the hoax that Russia helped former President Trump win the White House in 2016 and voted too often with Democrats over the last several years.

“This is who Kevin is,” Gaetz wrote. “He sticks his wet finger in the air to decide what position to take.”

Among other things, McCarthy has proposed a rule change allowing just five members of the House to put forward a motion to dismiss the House speaker and seek a new one, a process known as vacating the chair. McCarthy also agreed to end proxy voting and virtual attendance at hearings, focus on spending cuts and executive branch oversight and other procedural changes demanded by hardliners.

However, one of those hardliners, Rep. Matt Rosendale of Montana, tweeted that more serious reforms are needed, and said he doubted McCarthy would follow through.

LAUREN BOEBERT, MARJORIE TAYLOR GREENE SNIPE AT EACH OTHER OVER MCCARTHY SPEAKER SUPPORT

“Now, it’s disingenuous and not reliable to believe that his proposed changes would ever be implemented,” he wrote Monday. “We need a Republican Speaker who will challenge the status quo and ensure that every member has a voice.”

Rosendale also predicted “multiple rounds of votes” until a speaker is decided, a sign that GOP hardliners plan to stick to their guns and not vote for McCarthy and not vote “present,” which would make it easier for McCarthy to win the gavel. 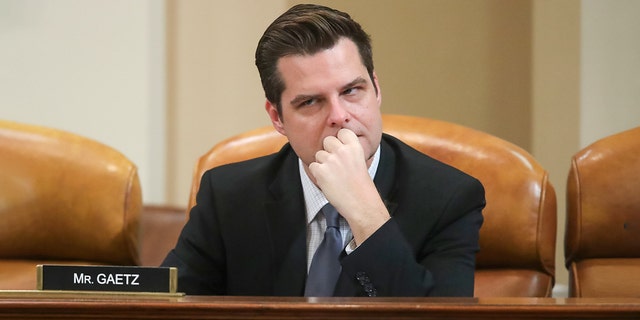 The fourth hardliner, Rep. Bob Good of Virginia, said on Fox & Friends that McCarthy is “part of the problem” and that his constituents do not want him to support McCarthy.

McCarthy can get to the 218 votes he needs if only these four Republicans vote against him, but several others are likely to oppose him, at least in the early rounds of voting. Good said he thinks 10-15 Republicans will vote against McCarthy – he thinks that number will grow as voting continues and that support will coalesce around an unnamed candidate.

Another Republican that appears to be lining up against McCarthy is Rep. Scott Perry of Pennsylvania. He tweeted Monday that the GOP has “trust issues” with McCarthy in part because “every major budget bill that passed under his leadership of the last GOP-controlled House was passed with more D than R support.”

Another, Rep. Dan Bishop of North Carolina, complained that McCarthy sent his rules package far too late in the process. “Why didn’t we get McCarthy’s proposed rules package at least 72 hours in advance?” he asked, in a nod to one of the hardliners’ demands on giving lawmakers time to review bills before passing them.