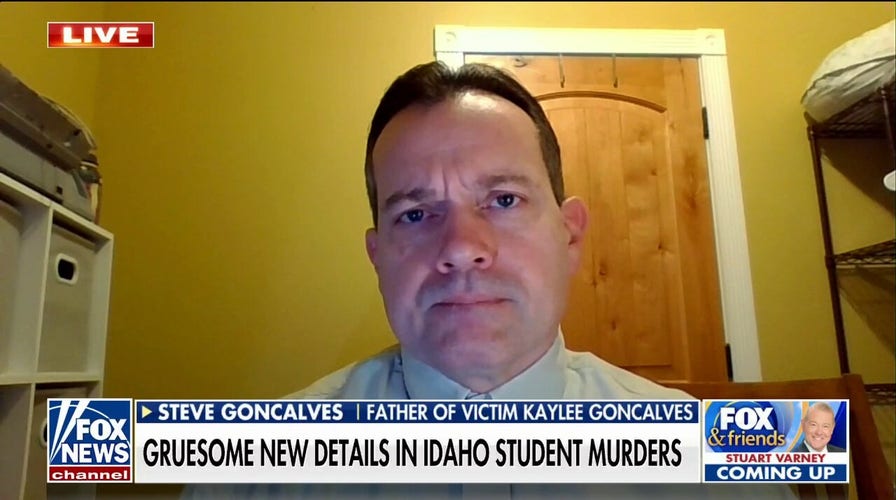 A newly unsealed filing in the murders of four University of Idaho students includes several pieces of a puzzle that depict a blurry picture of what happened inside an off-campus house in Moscow on Nov. 13.

Police believe Bryan Kohberger fatally stabbed Kaylee Goncalves, Madison Mogen, Xana Kernodle and Kernodle’s boyfriend Ethan Chapin between 4 and 4:25 a.m., according to a probable cause affidavit that was released Thursday.

The first time is when police see what they believe is Kohberger’s white Hyundai Elantra driving into the area, and the second time is when the same car is seen on a security camera speeding away. 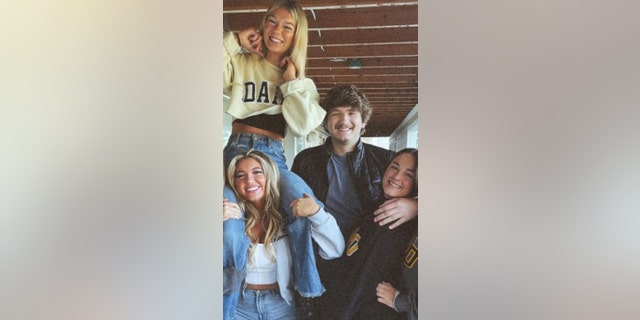 The four victims in the University of Idaho slayings Nov. 13, 2022.
(Instagram/@kayleegoncalves) 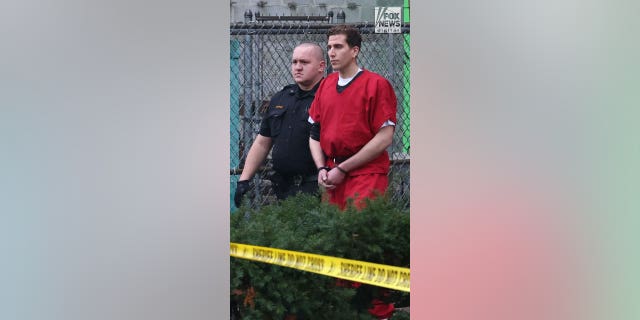 Bryan Kohberger exits Monroe County Courthouse in Stroudsburg, Pennsylvania, Tuesday, Jan. 5, 2023 after his extradition hearing. Kohberger is charged with the murders of four University of Idaho students on Nov. 13.
(The Image Direct for Fox News Digital)

By about 4 a.m. on Nov. 13, the occupants of the King Road house that night – the four victims and two survivors identified in the affidavit as D.M. and B.F. – were asleep, except for Kernodle, who received a DoorDash delivery around that time, according to the affidavit.

A 2015 white Hyundai Elantra, believed to be driven by Kohberger, is seen driving into the area, according to the affidavit. Police said it was the fourth time he passed by the house that morning, starting at 3:29 a.m.

“The vehicle then continued to the intersection of Queen Road and King Road where it can be seen completing a three-point tum and then driving eastbound again down Queen Road.” 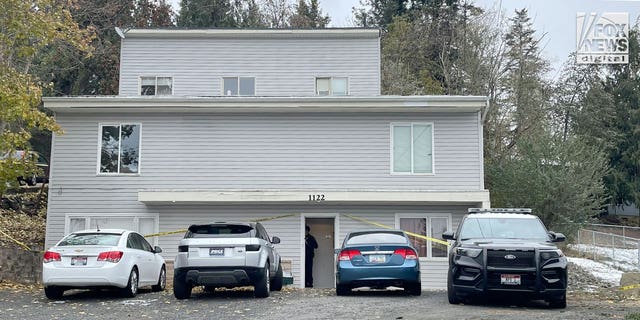 Police search a home in Moscow, Idaho on Nov. 14, a day after four University of Idaho students were killed there. The victims are Ethan Chapin, 20, of Conway, Washington; Madison Mogen, 21, of Coeur d’Alene, Idaho; Xana Kernodle, 20, of Avondale, Idaho; and Kaylee Goncalves, 21, of Rathdrum, Idaho.
(Derek Shook for Fox News Digital)

The filing didn’t include a specific time when Kohberger allegedly entered the house, but it included three major actions during this time frame.

The first was D.M. waking up at about 4 a.m. to what sounded like Goncalves playing with her dog, but a “short time later, D.M. said she heard who she thought was Goncalves say something to the effect of ‘there’s someone here,'” the affidavit says.

“A review of records obtained from a forensic download of Kernodle’s phone showed this could also have been Kernodle as her cellular phone indicated she was likely awake and using the TikTok app at approximately 4:12 a.m,” according to the affidavit.

D.M. looked out of her bedroom but didn’t see anyone. She opened her door again when she heard crying from Kernodle’s room and “a male voice say something to the effect of, ‘it’s ok, I’m going to help you,'” the affidavit says.

Finally, D.M. opened her door a third time and saw “a male figure clad in black clothing and a mask that covered the person’s mouth and nose walking towards her,” according to the affidavit.

“D.M. described the figure as 5’10” or taller, male, not very muscular, but athletically built with bushy eyebrows. The male walked past D.M. as she stood in a ‘frozen shock phase.’ The male walked towards the back sliding glass door. D.M. locked herself in her room after seeing the male.”

She told police that she didn’t recognize him.

A security camera located less than 50 feet from Kernodle’s bedroom picked up “distorted audio of what sounded like voices or a whimper followed by a loud thud” and a dog can be heard barking. Goncalves’ dog was found in her bedroom when police responded later that day. 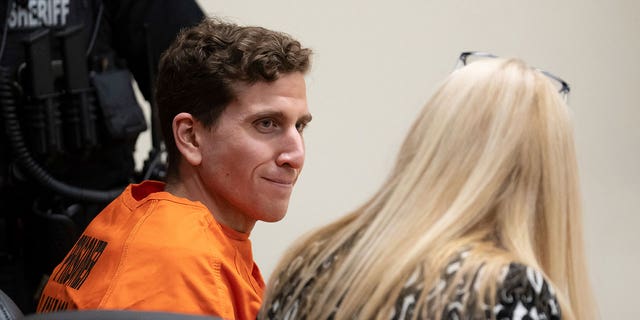 The white Elantra, which hadn’t been seen since 4:04 a.m., drives from King Road “at a high rate of speed,” the affidavit says.

Kohberger was ultimately arrested in late December in his parents’ Pennsylvania home and then extradited to face charges in Moscow that include four counts of murder and felony burglary.

The Moscow Police Department continues to urge the public to submit any images or information that they think could be important or useful to their investigation. They can do so by calling 208-883-7180, submitting tips through [email protected] and sending digital media here.