How Video Games Help Me Endure the Winter Blues 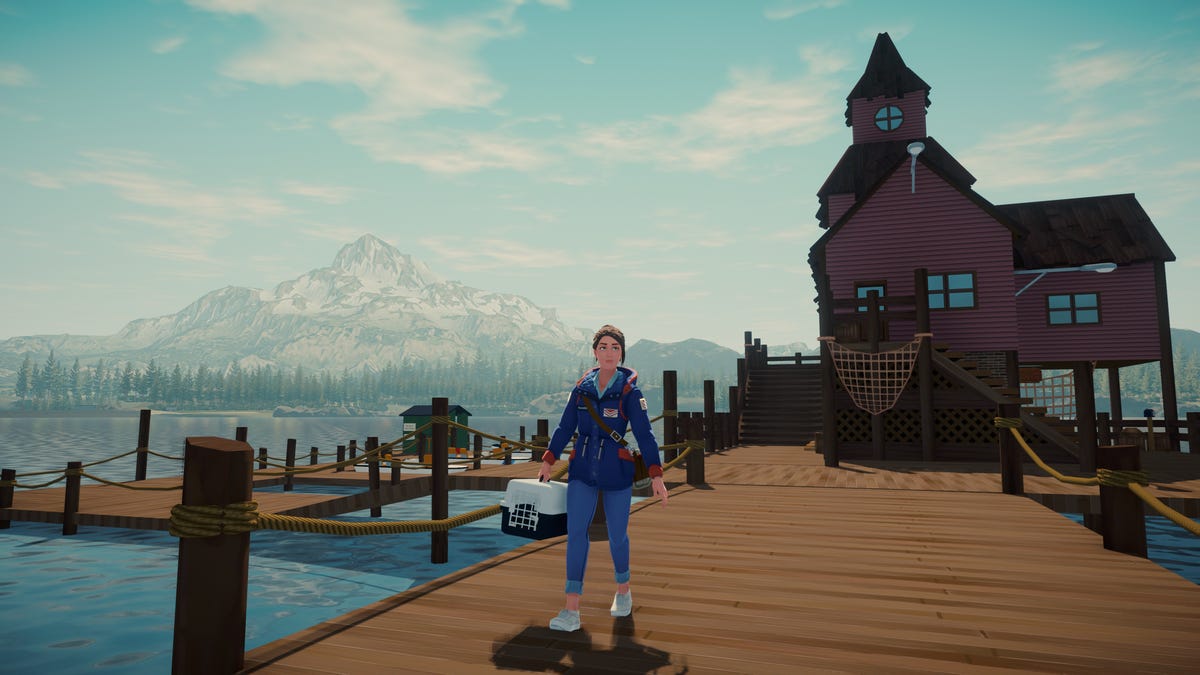 When I’m craving light and outdoor time in the depths of winter, there’s one place I can go to get it.
WhiteThorn Games

Who among us is willing to leave the house in the dead of winter? If you can, I applaud you. But for many of us who live closer to the Arctic Circle than the Tropic of Cancer, late fall to early spring is designated the “indoor part of the year.”

Not only is it dark and cold, but it often makes us miserable too. I live in Edinburgh and I adore this spooky, gothic city, but winters in Scotland are not for the faint-hearted.

In late December, there are less than seven hours of sunlight a day, and even then it’s often so dreary that I eat my lunch by lamplight. As winter plods on into the murky months of January and February, I sense the cold creeping into my bones and setting up shop. It takes all my energy to resist the fatigue and listlessness that I can feel cajoling me into powering down my body and mind, persuading me I can afford to operate on standby mode until April.

The older I get, the more sensitive I seem to become to every seasonal fluctuation in my environment. I do all that’s within my power to combat this — I exercise, take the strongest vitamin D supplements I can get my hands on, fine-tune my diet and turn my face toward the sun at every opportunity. It’s enough to keep me functioning, if not exactly thriving.

But this year, I have a new weapon at my disposal: an awareness that the aesthetic experience of playing cozy games really helps take the edge off my winter blues. This increasingly popular gaming subgenre for the most part combines cute characters with open-world, aesthetically pleasing environments and various gathering, growing, nurturing, exploration or creative tasks to create a utopian gaming experience that’s perfect for pacifists.

Like millions of others locked down during the pandemic, I first discovered the comfort of cozy games in 2020. I sank all my nonworking hours into playing Animal Crossing: New Horizons on Nintendo Switch.

I’m not alone in finding serenity in the placid, peril-free worlds of cozy games, but it took me more time than you might expect to realize that I was using them as what the internet (and probably a therapist) might dub as a coping mechanism. During lockdown they were a convenient substitute for socializing and being outside. Now, when lockdown is over but SAD season is upon us, it replaces daylight and… being outside.

There’s no sweeter gaming experience than A Short Hike.

I only understood the full extent of the impact of cozy games on my mental wellbeing after sinking several months at the tail end of 2022 into Disney’s Dreamlight Valley, a life sim that — in spite of the endless fetch quests, frequent bugs, lack of updates and uncanny similarities to Animal Crossing — I persist in playing.

My misgivings about the game and how I’m choosing to spend my precious hours left on this Earth aside, time spent in sunny, jolly Dreamlight Valley genuinely buoys my mood. And I’m not even a “Disney adult.” I have noticed, though, that whenever the weather in the game shifts and the sky darkens, I immediately become indignant and morose.

“Why is it raining?” I complained to my husband on more than one occasion. “I play this game to escape the rain, not to endure more of it.”

As the Christmas break approached, I felt an overwhelming desire to spend my time off replaying the game Lake, which I first played last summer on Xbox Game Pass. I’m familiar with the seasonal tug toward specific cultural phenomena, primarily from my annual fall rewatch of Gilmore Girls, but this one was new for me.

In Lake, you play as a young woman who returns from her big city corporate job to her small hometown in the Pacific Northwest for a couple of weeks to cover her father’s mail delivery job while her parents take a trip. Every day, you wake up, collect your mail from the post office and drive around the lake where the town is situated making sure people get their letters and parcels. 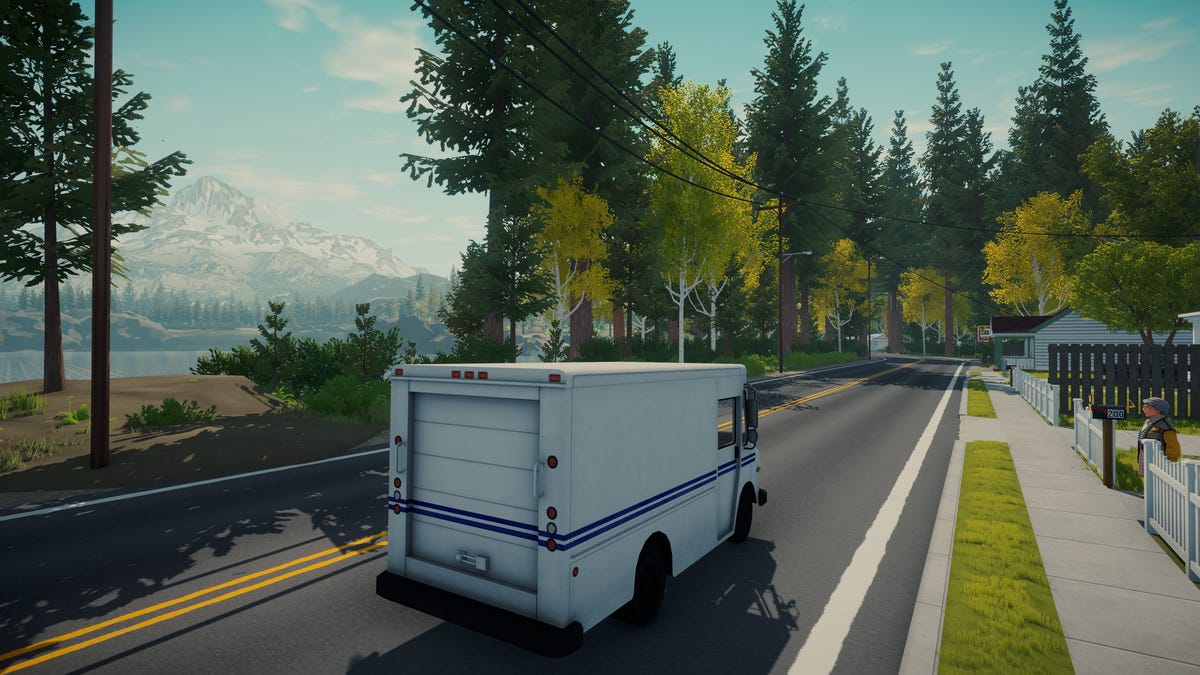 What a beautiful day to deliver some mail.

At the end of the two weeks, as you’ve begun to connect (or in some cases reconnect) with the townsfolk, you have to decide between staying on in your dad’s job and returning to the rat race, effectively giving you the option to join the Great Resignation in game form. A romantic subplot may also sway your decision, as well as giving it the feel of a Netflix Christmas rom-com.

This most gentle of gaming experiences isn’t for everyone, but the way the game forced me to slow down and spend time pootling through the forest in my van, watching the changing light over the eponymous lake, felt deeply meditative. In fact, it mirrored the feelings of contentment and tranquility I get when I head out into the forests and glens of Scotland almost every single weekend.

As the winter draws in, these expeditions into the wilderness tend to fall by the wayside in favor of staying inside under a blanket. But the pull of the emotions I experience by standing quietly underneath a big sky doesn’t just vanish. In this regard, it makes perfect sense to me that while I was curled up on my sofa feeling melancholy about the weather, the thing I wanted to do most of all was to tumble back into the world of Lake.

But as it had since left Game Pass, I felt compelled to resort to other options. I plumped for A Short Hike, a charming open-world exploration game on Nintendo Switch where you play as a little bird who hikes up a mountain before soaring back down on the wind. I played it through one early January weekend, soaking up the sweetness of the story and joy of exploring the landscape, before feeling it carry me through the following week.

Since then, I’ve become immersed in the world of Stardew Valley. Even though I was rather put out to find myself equipped with a sword for swatting bugs — not exactly in the spirit of cozy games — I’ve been swept up in watching the seasons change throughout my bucolic farming life.

I know as the seasons change for real and I emerge from the fog of winter, these games will probably fall by the wayside in favor of genuine outdoor pursuits. But I’m also comforted by the knowledge they’ll be waiting for me the next time the clocks go back in October. When the world seems depressing and grim, they’ll be there to provide me with a little solace, making those dark, cold months feel a little less scary and a little more bearable.