The Washington Examiner reported that Alianza Americas, which had garnered more than $1.5 million from Soros’ Open Society Foundations, violated IRS law by not producing its 2021 990 Form within 30 days of a written request. The Examiner sent the first written request for Alianza’s tax forms on Nov. 28 and followed up with a second and third request on Dec. 23 and Dec. 27 respectively.

The publication said it sought the records to verify whether Alianza participated in lobbying in 2021. 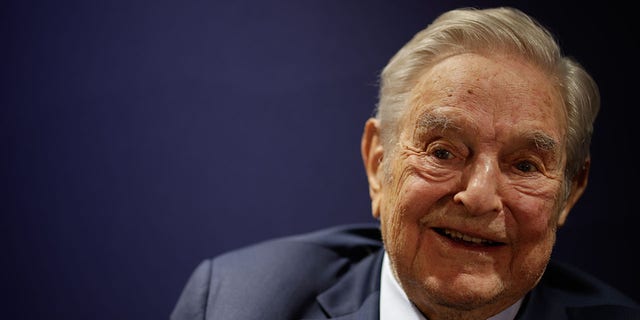 George Soros, billionaire and founder of Soros Fund Management LLC, speaks during an event on day two of the World Economic Forum (WEF) in Davos, Switzerland, on Tuesday, May 24, 2022.
(Jason Alden/Bloomberg via Getty Images)

Paul Kamenar, counsel to the National Legal and Policy Center, a conservative watchdog group, told the Examiner that Alianza could be fined up to $10,000 a day and a personal penalty of $1,000. 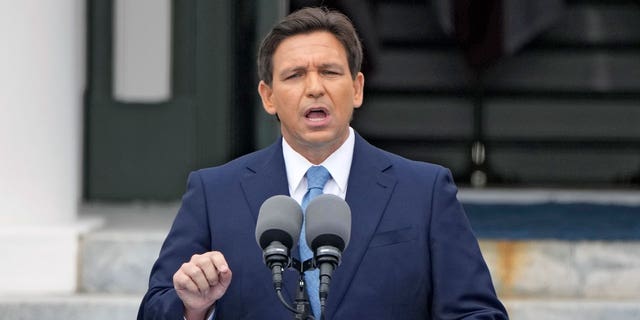 Republican Florida Gov. Ron DeSantis’ handling of a Cuban immigration surge may serve as a lens into his policy platform should he run for president in 2024.
(AP Photo/Lynne Sladky, File)

The Chicago GOP twice in December visited the address listed on Alianza’s latest public tax forms, but on both instances, neighbors said the organization’s staff no longer visits the office.

“I guess it’s not surprising that they operate like a shadow organization, when it would seem that they are repeatedly disregarding the rules, evading investigation, while likely breaching a series of laws designed to maintain the sovereignty of the United States,” Chicago GOP spokesman Jeff Fielder said. 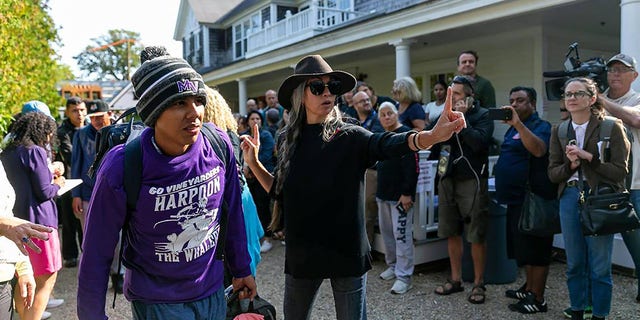 A Venezuelan migrant is led onto a bus at St. Andrews Episcopal Church on Friday, Sept. 16, 2022, in Edgartown, Massachusetts, on the island of Martha’s Vineyard. A group of migrants was flown to the island from Texas. They are here being transferred to a Cape Cod military base.
(Matias J. Ocner/Miami Herald/Tribune News Service via Getty Images)

Records show Alianza received $8.5 million from the Department of Health and Human Services in 2021, prompting concerns the organization could have illegally used the grant money for lobbying purposes.

In a lawsuit filed in September, Alianza sued DeSantis and the Florida Department of Transportation Secretary Jared Perdue for sending Venezuelan migrants from the U.S.-Mexico border to the upscale Massachusetts enclave of Martha’s Vineyard. Despite the wealthy community’s pro-sanctuary stance, islanders quickly claimed they did not have the resources to support the influx of migrants, who were transported to a military installation at Cape Cod within a matter of days.

Fox News Digital reached out to Alianza Americas on Sunday seeking comment on the Examiner’s reporting.