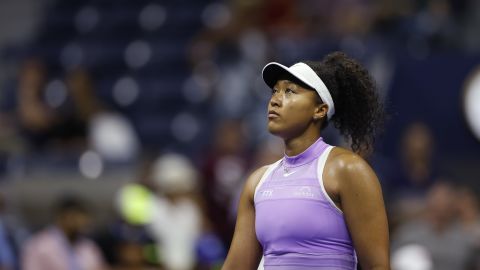 Naomi Osaka’s most recent season has been marred by injury and illness.

Two-time champion Naomi Osaka has pulled out of the Australian Open, tournament organizers announced on Sunday, without elaborating on the reason.

Former world No. 1 Osaka was not listed to play in warm-up tournaments in Adelaide or Hobart, raising speculation about her participation in the first grand slam of the year.

The 25-year-old took some time away from competitive tennis and made several highly publicized disclosures about her struggles with mental health following an incident in August 2021, where she was visibly stressed and emotional while addressing the media during an obligatory news conference at Roland Garros.

Osaka subsequently pulled out of the French Open that year and revealed she had “suffered long bouts of depression” since winning her first major championship in 2018.

Osaka’s most recent season has been marred by injury and illness: she withdrew from the Melbourne Summer Set 1 tournament last January with an abdominal injury and pulled out of Tokyo’s Pan Pacific Open in September due to illness.

Ashleigh Barty of Australia poses with the Daphne Akhurst Memorial Cup after winning her Women’s Singles Final match against Danielle Collins of United States during day thirteen of the 2022 Australian Open at Melbourne Park on January 29, 2022 in Melbourne, Australia.

She also missed the entire grass court season due to an Achilles injury and withdrew from her opening match of the Canadian Open with a back injury.

Osaka joins a list of notable absentees from the Australian Open, which begins on January 16.

Men’s world No. 1 Carlos Alcaraz is out with a leg injury, he said on Friday. The tournament would have been the 19-year-old’s first grand slam since winning the 2022 US Open in September and becoming the youngest world No. 1 in the history of men’s tennis.

Wild card Venus Williams has also withdrawn from the women’s singles due to an injury, tournament organizers announced on Twitter Saturday.

Meanwhile, there are question marks over the fitness of Britain’s Emma Raducanu and women’s world No. 1 Iga Swiatek after she withdrew from the Adelaide International 2 tournament on Saturday due to a right shoulder injury.