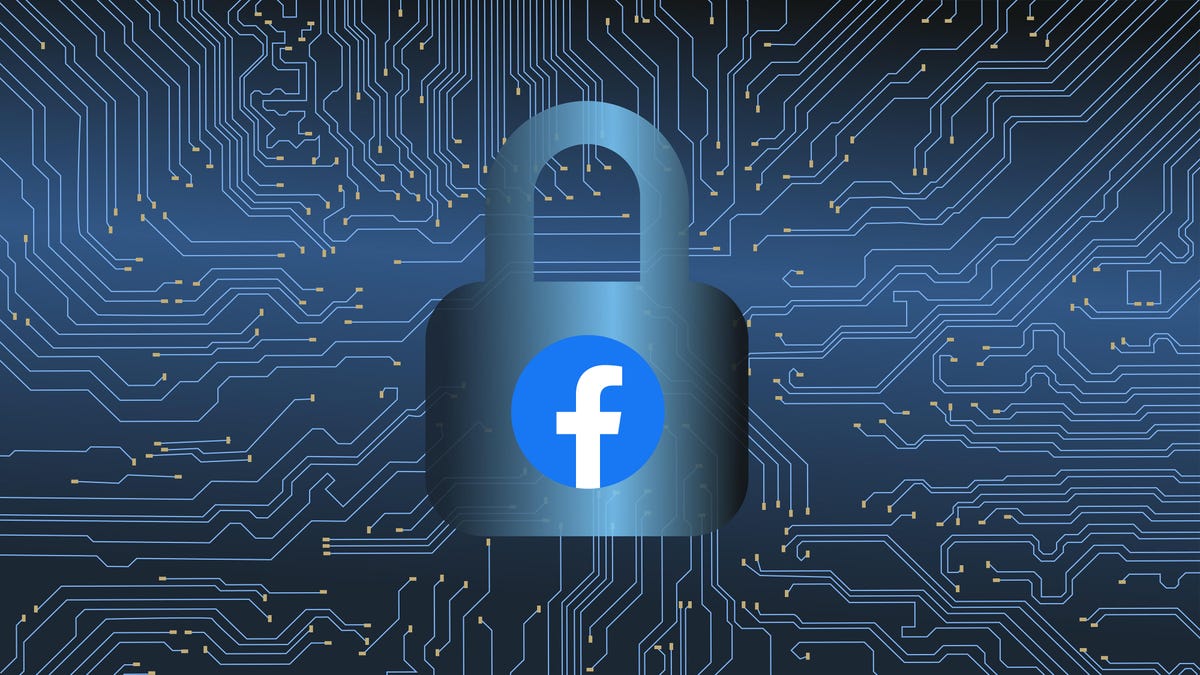 For many millions of people, Facebook is hard-wired into their lives on the internet.
Angela Lang/CNET

Following news that Facebook will pay $5 billion to the Federal Trade Commission and  $100 million to the Securities and Exchange Commission over its poor handling of a massive privacy screwup that led it to lose control of the user data of tens of millions of people, many of the company’s defenders are breathing a sigh of relief. But it’ll be short-lived.

Despite the settlements Facebook struck with the FTC and SEC this week, the social networking giant is facing a string of investigations and potential penalties.

Within the last few days, the Department of Justice said it’s launching a broad antitrust investigation aimed at tech giants, which is likely to include Facebook in its sweep, and then Facebook said it was under a new investigation by the FTC over antitrust concerns as well.

Facebook co-founder and CEO Mark Zuckerberg is positioning the increased government actions against his company as a good thing. As the tech industry re-examines how it handles social issues, election interference, harmful content and privacy, he said government will need to weigh in.

“Those are hard questions that, at some level, we’re always going to do the best that we can,” he said on a conference call Wednesday. But, he added, the government needs to step in and provide guidelines and “regulatory framework.” “We think that having a more democratic process for setting what some of those norms are would be helpful.”

The moves are the latest signs that Facebook’s troubles with the government are just beginning. Regulators and lawmakers around the world are increasingly looking for ways to rein in the social networking giant, which is used by more than half the world’s online population.

The UK in April announced it will appoint an internet safety czar, tasked with ensuring social networks tackle issues like incitement of violence, cyberbullying and the spread of disinformation. Germany in July accused Facebook of underreporting complaints about illegal content, including illegal hate speech. It fined Facebook $2.3 million in response.

In the US, lawmakers in both parties agree that tech companies need to be constrained, but so far haven’t agreed on how to do it. That’s left the job to regulators like the FTC.

This settlement does nothing to change Facebook’s creepy surveillance of its own users & the misuse of user data.
Sen. Josh Hawley

Facebook’s settlement with the FTC isn’t just a $5 billion fine. It requires Facebook to create a privacy committee among its board of directors. Zuckerberg and other designated officers will also have to regularly sign certification that Facebook is taking steps to protect users’ privacy. A false statement could expose them to penalties.

“We have a responsibility to protect people’s privacy,” Zuckerberg said in a post announcing the settlement. “We already work hard to live up to this responsibility, but now we’re going to set a completely new standard for our industry.”

You can chart Facebook’s woes back to two events. One is the massive data leak that involved a developer who sold the data of tens of millions to Cambridge Analytica, a political consulting firm with ties to Donald Trump’s 2016 presidential campaign. The other is Russian interference in that same election, which Zuckerberg initially laughed off as “pretty crazy” before ultimately taking it seriously.

Those two events turned Zuckerberg from a tech wunderkind, out to change the world, into a hapless villain, whose malfeasance was tearing at the fabric of modern democracy.

It’s no surprise that Facebook is becoming a focus of increased scrutiny from regulators and lawmakers. Aside from the DOJ, FTC and SEC, lawmakers of all stripes are ramping up pressure on the company over a host of issues such as privacy practices, as well as concerns about political censorship.

“The internet has become increasingly concentrated, less open and growingly hostile to innovation and entrepreneurship,” said Rep. David Cicilline, a Democrat from Rhode Island, during a hearing last week about tech companies before the House Judiciary Subcommittee on Antitrust.

Plenty, but not enough

While $5 billion is the biggest fine the FTC has imposed on any US tech company, there was debate about how much of a punishment it really is for a company like Facebook, which notched nearly $56 billion in revenue last year. 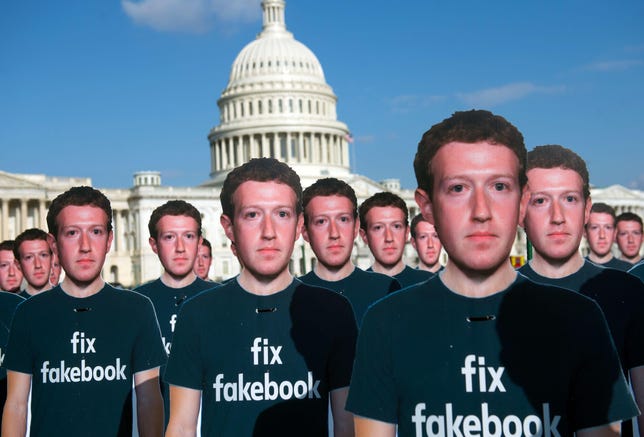 Protestors erected cardboard cutouts of Mark Zuckerberg on Capitol Hill ahead of his testimony there last year.

“A $5 billion fine may appear large, but it amounts to a slap on the wrist in comparison to the revenue that Facebook rakes in,” Sen. Edward Markey, a Massachusetts Democrat, said in a statement. “This settlement is also notably deficient in its lack of new safeguards that would effectively prohibit similar privacy violations in the future.”

Privacy advocates were disappointed too. “This woefully inadequate settlement underscores the need for comprehensive privacy legislation that includes strong enforcement mechanisms and the right for consumers to sue privacy-violating companies,” said Neema Singh Guliani, the ACLU’s senior legislative counsel, in a statement.

But investors appeared pleased with how it all turned out, even if the company was paying a multibillion-dollar fine. Facebook’s stock rose nearly 2% when word of the settlement first leaked on July 12. And it rose another 1% Wednesday after the settlement was announced.

Facebook’s users and advertisers appear to have stuck by the company too. The social network counted 2.41 billion people who log onto the site each month, helping it notch $16.9 billion in revenue in the three months ended in June.

Still, there’s a strong feeling out there that something needs to be done about Facebook’s underlying behavior.

“This settlement does nothing to change Facebook’s creepy surveillance of its own users & the misuse of user data,” tweeted Sen. Josh Hawley, a Republican from Missouri.

Zuckerberg, meanwhile, is pushing forward. In a statement Wednesday, he promised the social network will make “major structural changes” to how it builds products and conducts business.

“We have a responsibility to protect people’s privacy,” Zuckerberg said. “We already work hard to live up to this responsibility, but now we’re going to set a completely new standard for our industry.”