Drake had to pause his concert Sunday night at The Apollo in New York City after a fan fell from the mezzanine into the orchestra.

The person sustained no major injuries, according to a statement released by The Apollo.

“UNFORTUNATELY, LAST EVENING AN INCIDENT OCCURRED WITH AN AUDIENCE MEMBER WHO LANDED IN THE ORCHESTRA FROM THE LOWER MEZZANINE,” the statement read. 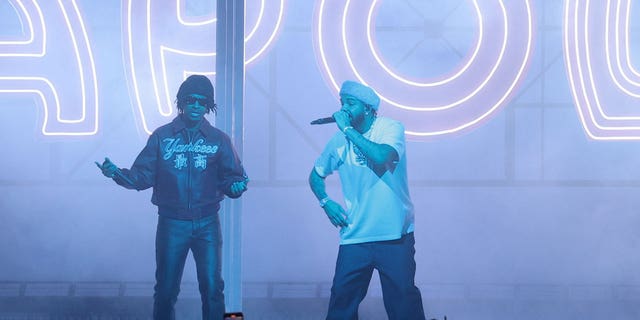 A fan fell from the mezzanine into the orchestra during Drake’s concert at The Apollo on Sunday.
(Getty Images)

The statement continued: “DRAKE, APOLLO AND SIRIUSXM HALTED THE SHOW IMMEDIATELY WHEN LEARNING OF A POTENTIAL FAN INJURY AND STANDARD PROTOCOLS WERE TAKEN. THEY WERE SEEN IMMEDIATELY BY EMS ON SITE. THE FAN AND OTHER AUDIENCE MEMBERS REPORTED THAT THEY WERE OK. NO MAJOR INJURIES HAVE BEEN REPORTED.”

The Apollo noted they will continue investigating the incident. 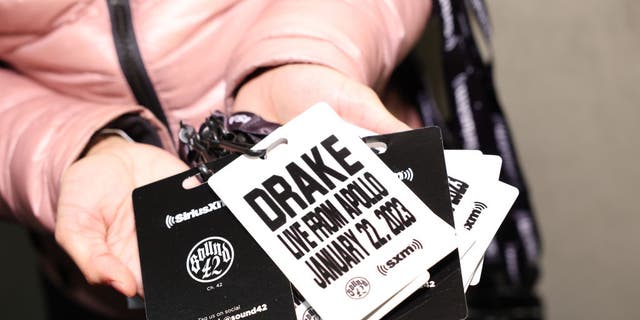 Drake reportedly paused the concert while EMS on site attended to the fan who fell.
(Cindy Ord/Getty Images for SiriusXM)

During Saturday’s SiriusXM concert, the rapper teased a new album and a possible summer 2023 tour.

“I thought about a bunch of things in life, but at this moment in time, none of those things are stopping making music for you,” Drake told the doting crowd. “I hope I can strike up some more emotions for you, maybe this year — I might get bored and make another one.”

Drake noted this was his first show in about five years and later stated, “I’ll be out and about on the road a lot this year.” 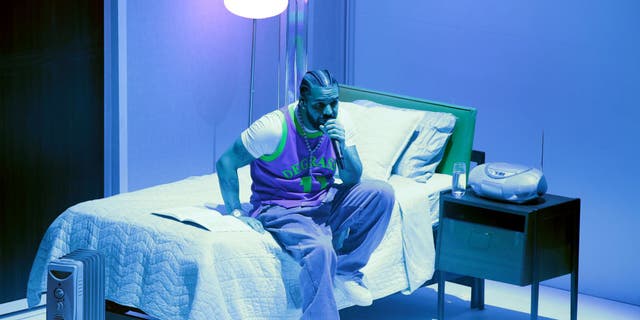 Drake performs on stage at The Apollo on Saturday.
(Photo by Dimitrios Kambouris/Getty Images for SiriusXM)

Drake released his most recent album in the summer of 2022. “Honestly, Nevermind” features house music rather than Drake’s classic hip-hop rap. The album was dedicated to Virgil Abloh, the designer who passed away in 2021.

“I got here being realistic. I didn’t get here being blind. I know whats what and especially what and who is by my side. Honestly…Nevermind,” a note, written by Drake, on the album said.

“DEDICATED TO OUR BROTHER V,” the note concluded.