DeSantis to be sworn in for second term as Florida governor, but everyone is waiting for his 2024 plans

Republican Gov. Ron DeSantis will be inaugurated on Tuesday for a second term steering Florida, and the nation’s political world will be watching.

With DeSantis considered a likely 2024 presidential contender by political prognosticators, the governor will deliver a noon speech on the steps of the historic state Capitol in Tallahassee after he’s sworn in, nearly two months after a decisive 19-point re-election victory.

The address from DeSantis – who’s seen his popularity soaring among Republicans across the country and his standing in early 2024 GOP presidential nomination polls rival and even eclipse those of former President Donald Trump – will be closely watched for how much it focuses on Florida versus national issues and for any signals of his national ambitions.

“In the quiet early moments of the presidential primary, clearly DeSantis has become the front-runner. So, every action, every move, every speech that he makes is going to be watched and analyzed with fine tooth comb,” New Hampshire Institute of Politics executive director Neil Levesque told Fox News.

FIRST ON FOX: IS UPCOMING DESANTIS BOOK A POTENTIAL BLUEPRINT FOR 2024? 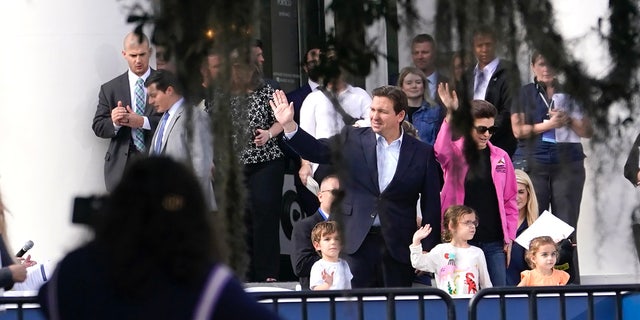 Florida Gov. Ron DeSantis waves with his wife Casey and their children, from left, Mason, Madison and Mamie, as he rehearses for his inauguration, Monday, Jan. 2, 2023, at the Old Capitol, in Tallahassee.
(AP Photo/Lynne Sladky)

The “Free State of Florida” themed inauguration is part of a two-day celebration that kicked off Monday evening with a cocktail gathering and dinner, and includes “A Toast to One Million Mamas” on Tuesday by Casey DeSantis, to recognize the 1.1 million women the Florida first lady mobilized in support of her husband’s re-election campaign.

DeSantis, a former congressman, narrowly won his first election as governor in 2018 thanks in part to strong support from then-President Trump. But Florida’s governor saw his popularity soar among conservatives across the country the past two and a half years, courtesy of his forceful pushback against coronavirus pandemic restrictions and his aggressive actions as a conservative culture warrior, going after media and corporations.

DESANTIS HUDDLING WITH TOP DONORS IN WAKE OF RE-ELECTION LANDSLIDE

The governor became a ferocious fundraiser during the 2022 election cycle, hauling in over $200 million as he built a massive war chest with contributions from Floridians and from conservatives across the country. And his nearly 20-point victory over former Republican-governor-turned Democratic congressman Charlie Christ, along with a double-digit re-election win by GOP Sen. Marco Rubio, helped transform the one-time battleground state into a red state. 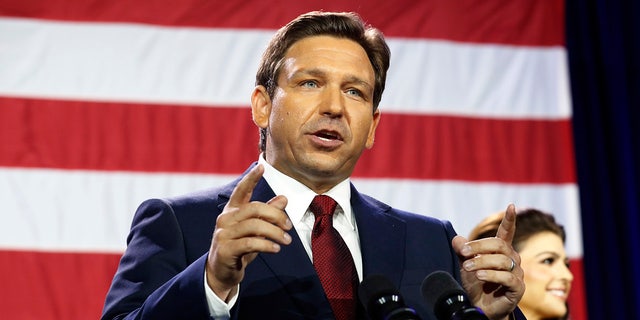 The 44-year-old DeSantis is currently the youngest governor in the nation, although Arkansas Gov.-elect Sarah Huckabee Sanders is about to grab that designation when she’s sworn in Jan. 10. And he’ll start his second term with a very friendly Republican supermajority in the state legislature. Part of his so-called “Freedom Agenda” for the upcoming legislative session includes a pledge to undo sales taxes on certain items and make the process for teachers to join and stay in unions more difficult.

DeSantis for over a year has routinely dismissed talk of a 2024 White House run as he focused on his gubernatorial re-election. But he’s become a major force in the GOP as he’s built a political brand that stretches from coast to coast.

And during his election night victory speech in November he seemed to hint at bringing Florida’s conservative success nationwide.

“We have rewritten the political map,” DeSantis declared. “While our country flounders due to failed leadership in Washington, Florida is on the right track.” DeSantis took in the scene as a chant of “Two more years! Two more years,” broke out among supporters urging the governor to consider a national run in 2024.

Delivering a keynote address that received multiple standing ovations at the Republican Jewish Coalition’s recent annual leadership meeting in mid-November, which was seen as the first major GOP 2024 presidential cattle call, the governor repeated his well-used pledge that “we’ve got a lot more to do, and I have only begun to fight.” 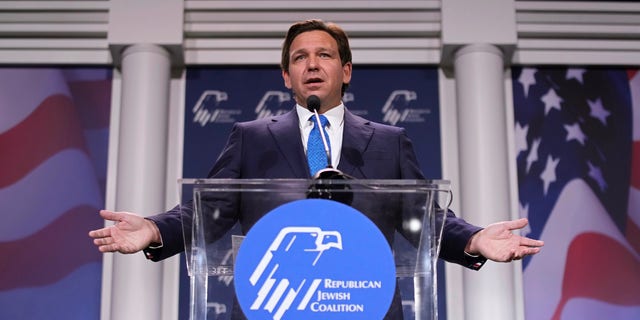 As Fox News first reported last month, DeSantis will chronicle his life in public service in a new book that will be released in late February in what will be seen by political pundits as another step by the conservative champion toward a possible 2024 presidential run. The autobiography by DeSantis is titled “The Courage to Be Free: Florida’s Blueprint for America’s Revival.”

Writing a book is a rite of passage for many potential and actual presidential candidates.

Two more signals over the past month show the governor potentially testing the waters for a national campaign. DeSantis upped the ante in his war against COVID vaccine makers, calling for a grand jury investigation into any potential wrongdoing. And in recent days, DeSantis targeted a national audience as he restarted his Google and Facebook ads.

DeSantis met with some of his top donors last month, and the inauguration events will be another opportunity for the governor to thank his political contributors.

Pointing to the relationship between DeSantis and his donors, a source in the governor’s wider political orbit who asked to remain anonymous to speak more freely told Fox News, “Over the next few months, I think that courtship will become clearer, and the question then becomes what’s the timeline and what’s his path forward look like. I think that’s the question on donors’ minds as much as it is on everybody else’s minds.”

If DeSantis decides to launch a 2024 campaign, don’t expect an announcement anytime soon. The source told Fox News that any announcement wouldn’t happen until after Florida’s legislative session ends in May.

Trump, meanwhile, turned up the volume on his attacks on DeSantis in the days just before and after the midterms and debuted a new nickname for the governor: “Ron DeSanctimonius.”

But DeSantis did not take the bait and declined to respond to Trump’s taunts.