The self-proclaimed nonpartisan Congressional Black Caucus (CBC) welcomed a record number of members this week, but the group could have been even larger if it had not denied membership to Republican Rep.-elect Byron Donalds.

At the start of the 118th Congress, Democrats celebrated reaching 58 members in the CBC, and a record number of Black members elected to Congress. While the group claims to be bipartisan, the group excluded Donalds and has not had a Republican member since 2019.

Donalds said he planned to join the CBC since hitting the campaign trail in 2020, but says his after several attempts to gain a membership went unheeded.

“While the CBC has predominately been made up of members of the Democratic Party, the founding members of the caucus envisioned a non-partisan organization. Consequently, the CBC has a long history of bipartisan collaboration and members who are both Democrat and Republican,” the CBC website reads. 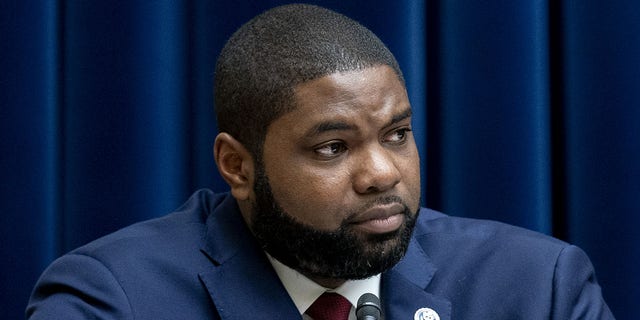 Rep.-elect Byron Donalds is in the running for Speaker of the House of Representatives.
(Stefani Reynolds/Bloomberg)

Donalds was denied a membership to the CBC after requesting to join in 2021, and other Black members of Congress have not expressed interest in joining the group. The CBC did not immediately respond to Fox News Digital’s request for comment.

Despite being nominated to become the first Black Republican speaker of the House of Representatives and a prominent GOP voice for Black Americans, Donalds has faced criticism for being a Republican of color.

Democratic Rep. Cori Bush, D-Mo., celebrated the CBC’s swearing-in ceremony Tuesday, which came ahead of the full house being sworn in to Congress.

“Black excellence in Congress will continue to be an even greater force, driving the push for equity and justice for Black communities everywhere,” Bush wrote on Twitter.

While Bush claims to support “Black excellence in Congress,” the Democrat fired shots at Donalds, calling him a perpetrator of White supremacy after he was nominated for speaker by members of the House Freedom Caucus.

“FWIW, @ByronDonalds is not a historic candidate for Speaker. He is a prop. Despite being Black, he supports a policy agenda intent on upholding and perpetuating white supremacy,” Bush tweeted on Wednesday. 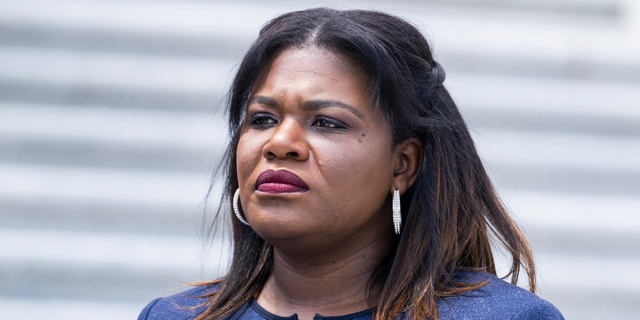 Donalds quickly hit back at Bush, saying: “Nobody asked.”

“@CoriBush, if you see a Black man rise, let the man rise even if you disagree with them. I’d be happy to sit down and debate our policies one on one whenever you’d like. As a Black man to a Black woman, I’d never do that to you. It’s a shame you did it to me,” Donalds tweeted Thursday.

CBC Chair Rep. Steven Horsford, D-Nev., recently highlighted his bipartisanship in Congress during an interview with The Washington Journal and described the CBC as “the conscious of Congress.”

“We celebrated our 51st year, and we were the founders of 1971 by 13 founders come the original members of the Congressional Black members of the House of Representatives, and we have been known as the conscious of Congress,” Horsford said. 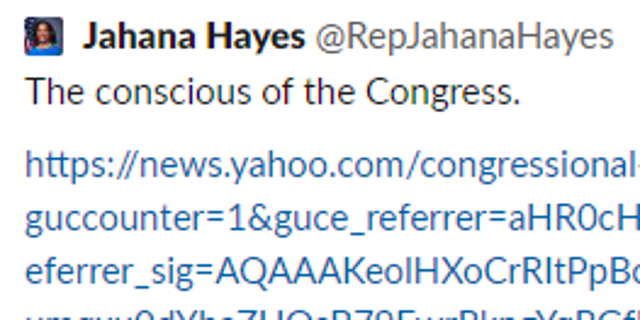 Echoing the sentiment, Rep.-elect Jahana Hayes posted a Tweet Wednesday — which has since been deleted — referring to the CBC as “the conscious of the Congress.” Her office did not immediately respond to Fox News Digital’s request for comment about the deleted tweet.

Donalds has been nominated for speaker by those who are against voting for House Minority Leader Kevin McCarthy, R-Calif., but on Thursday his nomination lost steam as the 20 “Never Kevin” Republicans split their votes among other nominees.