Dozens of House Democrats have proposed legislation that would eliminate the debt ceiling, which would allow the government to borrow without any limit set by Congress.

The federal government hit the $31.381 trillion debt ceiling last week, and House Republicans are pushing for commitments to cut back on the record growth in federal spending before agreeing to allow more borrowing. But Democrats accuse Republicans of setting up the possibility of prohibiting a debt ceiling hike, which would make the government unable to fund all of its current obligations.

Democrats say a better idea is to eliminate all limits on federal borrowing and allow the government to borrow whatever it needs. 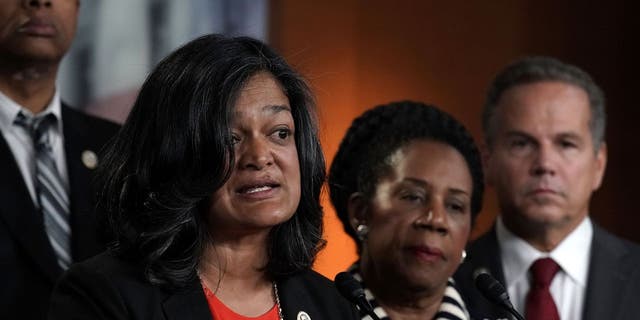 “Weaponizing the debt ceiling and using it as a pawn in partisan budget negotiations is dangerous and repeatedly brings our nation to the brink of default, which would be disastrous to the U.S. economy – something we’ve witnessed as recently as 2011 when Republicans created a debt ceiling crisis that resulted in the first ever downgrade to the U.S. credit rating,” said Rep. Bill Foster, D-Ill.

“The government has an obligation to pay its bills,” he added. “Threatening to default on our debt is the same as ordering an expensive meal at a restaurant, eating it, and skipping out without paying. We can and should have a real conversation about overall spending, but the full faith and credit of the United States must never be compromised.”

Foster’s bill is the End the Threat of Default Act, and it’s cosponsored by 42 House Democrats.

TEXAS REP. ROY SAYS HE’LL USE DEBT CEILING VOTE TO EXTRACT SPENDING REFORMS: ‘IT’S MY JOB NOT TO BACK DOWN’ 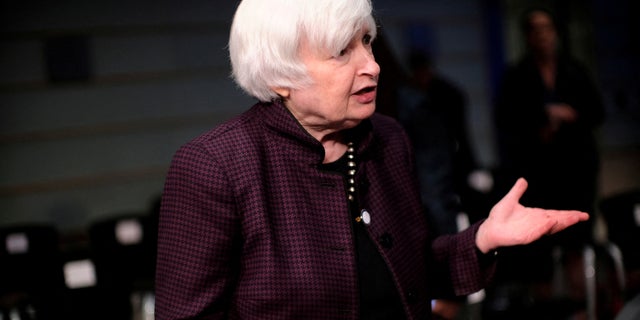 Treasury Secretary Janet Yellen has said the debt ceiling will need to be increased by the summer or the government won’t be able to fund its current obligations.
(Reuters/James Lawler Duggan)

The Biden administration and its Democrat allies in Congress have argued that raising the debt ceiling does not allow “new” spending, and only allows the government to meet its current obligations. But Republicans say congressional approval of new spending programs is what has repeatedly forced the government to keep hitting its borrowing limit, which has then forced Congress to keep raising the debt ceiling.

Before the housing crisis in 2008, the total national debt was $9 trillion, an amount that more than tripled to more than $31 trillion in less than 15 years thanks to programs related to the housing bailout, 20 years of military presence in Afghanistan, COVID emergency response measures, and routine funding increases for defense and social programs.

COVID drove federal spending to record-high levels, and the government continues to spend near those levels even though the emergency has abated. 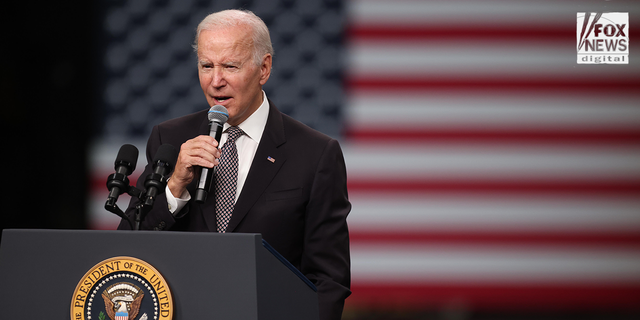 President Biden has urged Congress to boost the debt ceiling quickly with no strings attached, while Republicans want to bargain for spending cuts.
(The Image Direct for Fox News Digital)

While President Biden last year said the pandemic is “over,” the government is still on pace to spend more than $6 trillion in the current fiscal year.

While Biden is seeking a blank check, Republicans this week noted that in 2011, Vice President Joe Biden championed the idea of bipartisan negotiations on the debt ceiling. Biden was quoted in a 2011 Washington Post story saying that “everyone wants an agreement” on the debt ceiling that “bends the curve on long-term debt.”

The Treasury Department said last week that now that the debt ceiling has been reached, it will temporarily halt funding for federal worker retirement plans in order to avoid new borrowing, and has said an increase in the debt ceiling will be needed by the summer.