Dealmaker or hostage? What America can expect from Speaker Kevin McCarthy

Republican leader Kevin McCarthy now possesses the speaker’s gavel after 15 rounds of voting by the House, but questions about whether he can effectively lead his party amid its apparent divisions remain strong.

McCarthy’s difficult road to becoming House speaker ended early Saturday morning after Republicans appeared to have miscounted the number of votes they needed and left him one vote short of winning the gavel, then quickly voted one last time to give him the win – with help from some of his biggest detractors.

Lawmakers and political insiders told Fox News Digital that McCarthy, R-Calif., has the ability to govern successfully amid pushback from members of his own party, but only if he keeps his word to those who assisted his nomination and focuses on the party’s overall agenda – an ambitious plan to reduce spending, address the border crisis and hold the Biden administration accountable.

Scott Rasmussen, a pollster and the president of RMG Research, said McCarthy can govern “if the caucus understands its role” – a Republican chamber in an otherwise Democrat-controlled government. 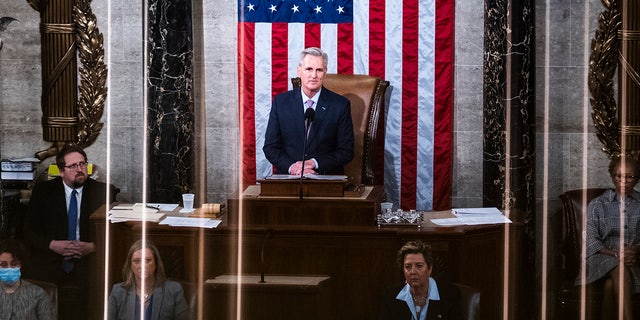 Kevin McCarthy addresses the 118th Congress after he won the speakership on the 15th ballot on Jan. 7, 2023.
(Tom Williams/CQ-Roll Call, Inc via Getty Images)

“No significant legislation that conservatives support will become law with a [Democrat majority] Senate and a President Biden,” he said. “So, the goal should be to highlight major policy differences on issues like immigration… Make sure voters understand the policy choices before them in 2024.”

McCarthy’s bid for speaker garnered nationwide attention after he failed to win a majority of votes in the first round of voting, which sent the media into a frenzy as they homed in on division among Republicans.

“Only 4% of voters were talking about the speaker’s race last week, so it’s not really a factor,” Rasmussen said, pointing to the absence of concern among Americans for the speaker’s race. “What happens next is all that’s important.”

Florida GOP Rep. Kat Cammack, who nominated McCarthy to serve as speaker in the chamber’s sixth round of voting, said she believes McCarthy has what it takes to lead “no matter our differences.”

“As Speaker McCarthy said in his speech… there will always be passionate debate when it comes to the best interests of the American people, and as a conference we have vowed to work together – no matter our differences,” Cammack said. “We are working to deliver on making our government more accountable and transparent, securing the southern border, strengthening our economy, and beyond. With a slim majority, I’m encouraged by what I’ve seen from my colleagues this week and I’m excited to get to work.” 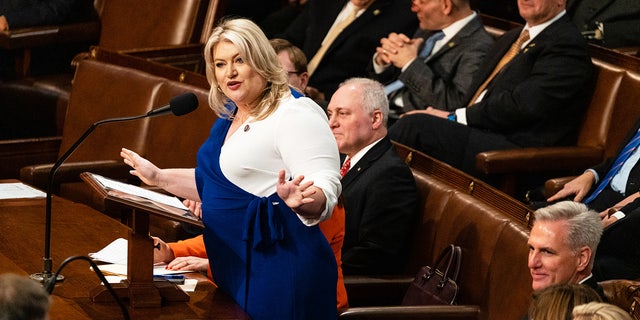 Cammack noted McCarthy’s involvement in conversations related to the House Rules package, saying he was “at the table for every single conversation” and has pushed Republicans to “make this body, and our leadership, function more effectively and be more responsive to the people we were elected to serve.”

Similarly, Rep. Mike Waltz, R-Fla., said McCarthy, despite a slim majority in the House, has proven he can unite Republicans in an effort to deliver results for the American people.

“With a slim majority comes difficulties, but Speaker McCarthy demonstrated he has the support of a vast majority of the Republican conference,” Waltz said in a statement to Fox. “I’m confident we will come together to pass conservative legislation and carry out aggressive oversight focused on securing the border, countering the Chinese threat, holding big tech accountable, and investigating the politicization of the DOJ & FBI.”

Brett O’Donnell, who is president of O’Donnell & Associates and has served as a leading political debate coach for numerous candidates, said it’s “critical that Republicans in the House show they can govern or their majority and Speaker McCarthy’s tenure will be short-lived.”

“Speaker McCarthy will be able to govern if those who held up his election with whom he negotiated the House rules truly were operating in good faith,” O’Donnell said. “While there will certainly be fights to come over various policies, there is much to unite the conference as they take on the House Democrats, a Democrat Senate and a Democrat President.”

Should the GOP remain focused, O’Donnell said Republicans will have an “opportunity to grow their majority” in 2024.

The 15th and final vote for House speaker gave McCarthy 216 votes, a bare majority that was lower than the normal 218 votes needed because all six of his remaining GOP opponents – Reps. Andy Biggs of Arizona, Lauren Boebert of Colorado, Elijah Crane of Arizona, Matt Gaetz of Florida, Bob Good of Virginia and Matt Rosendale of Montana – relented voted “present” in the final round.

Taking the anti-McCarthy votes off the table capped a week in which McCarthy was able to chip away at around 20 Republicans who opposed him, thanks in large part to negotiations that will dramatically reshape the way the House is run. Some of the most conservative members of the House said they got virtually everything they wanted out of the talks and started to break for McCarthy on Friday morning. 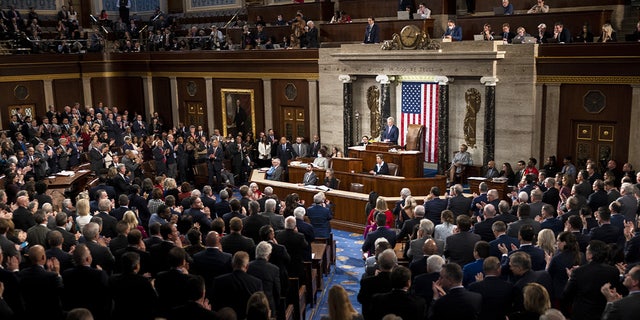 Republican leader Kevin McCarthy gives a speech shortly before being sworn in as speaker of the House on Jan. 7, 2022.
(Nathan Posner/Anadolu Agency via Getty Images)

McCarthy agreed to allow a single lawmaker to make a motion to elect a new speaker, returning to the way the House ran for decades before that practice was eliminated under former Speaker Nancy Pelosi. He agreed to votes on term limits and the adoption of a budget resolution that balances the budget in 10 years, and a cap on fiscal year 2024 spending at FY 2022 levels.

McCarthy, who received the backing of former President Donald Trump in his bid for House speaker, also agreed to reject any negotiations on spending with the Senate until the Senate passes its own spending bills. He agreed not to increase the debt limit without spending cuts or other fiscal reforms, to set up a committee to examine the weaponization of government against U.S. citizens, and to ensure no bills are brought up on the floor until at least 72 hours passed.

In addition, he agreed to give three members of the House Freedom Caucus three seats on the House Rules Committee, which sets the terms of debate for all legislation headed to the House floor.