Dania Akeel: Meet the Saudi woman taking on one of the world’s toughest motor races 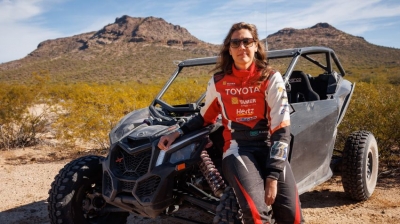 Her head cradled in a crash helmet, Dania Akeel’s voice crackles through the intercom above the roar of the engine and the rush of wind through the windowless cabin of her rugged, black UTV.

“We’re so lucky,” Akeel tells CNN Sport. “I mean, look at this place, it’s so beautiful.”

The Saudi grasps the wheel, deftly navigating the vehicle past rocks and Joshua trees along a winding dirt track, blasting it past the rusting shell of a long-abandoned pick-up across the dry sand.

“We get to do this for a living, right?” continues 34-year-old Akeel, reflecting on her chosen profession as she prepares for her second tilt at the infamous Dakar Rally, one of the world’s longest and most demanding endurance races.

CNN is about an hour north of Phoenix, Arizona, riding shotgun in a Can-Am Maverick X3 X RS Turbo RR with one of cross-country racing’s more remarkable stories.

Barely over two years ago, the Jeddah-born athlete had never even tried this type of racing. Not only that, Akeel also hails from a country in which women have only been allowed to drive on public roads since 2018. 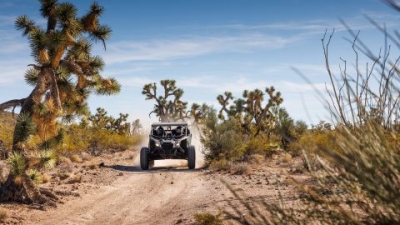 The Arizona desert is an ideal place to train for the Dakar Rally.

‘The Dakar’ began life in 1978 as the Paris-Dakar Rally. It ran annually from France to Senegal until 2007 but when the 2008 event was cancelled due to security concerns, the rally was transplanted across the Atlantic, and ran through South America until 2020, when it moved again, to Saudi Arabia.

Akeel’s interest in motor vehicles goes back much farther than the arrival of this world-famous rally in her home country.

“I had a big interest in cars when I was younger,” she tells CNN. “It wasn’t necessarily cars, actually, it was anything that could that I could drive and that included bicycles.

“You know, I just love movement. I love being outdoors. I just love how it felt to communicate to the machine, to get it to go from A to B.”

Her childhood was spent trying all kinds of different modes of transport.

“I started driving things like go karts at a young age, and things like quad bikes,” she explains. “When I was a bit older, I drove two wheeled dirt bikes.

“These are just vehicles that would be in private homes, on a farm or things like that, where I had access to these types of machines, and I would just use them for fun with my cousins and my friends on the weekends.”

Her interest in motor vehicles solidified when her family moved to the UK, where she went to high school and, eventually, college.

“I was very lucky to travel frequently with my parents,” she recalls. “We used to go to kart tracks in England and that was really fun.” 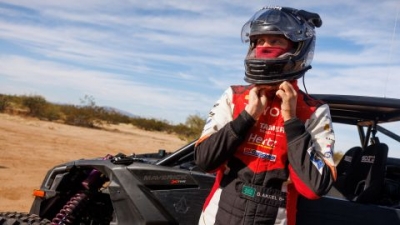 Akeel is blazing a trail for other Saudi women in motorsport.

The chance to drive on the road

Another door that opened for Akeel in the UK was one at that point firmly closed to her at home – the chance to drive on the road – and she wasted no time obtaining her driving license, aged 17.

She even admits her choice of destination for her undergraduate studies – the University of London’s picturesque Royal Holloway College, on the English capital’s western outskirts – was influenced by the opportunities it presented to drive.

It was a move onto two wheels that set Akeel’s mind towards racing.

“When I was 27, I got my motorcycle license, and that was a lot of fun. So, the motorcycle started to direct me towards the racing world.”

After gaining a master’s degree in International Business, from Hult University, she moved to Dubai and started riding on the Dubai Autodromo racetrack.

“I could see that I was really loving the sport and having a good time and some of the racers encouraged me to join them, to race the in the national series,” says Akeel.

“I went and got the tests and the exams done for the racing license, and then I got a license issued from the Saudi Motor Sports Federation. And that’s how I started racing.”

The impetus to switch to cross country racing came, quite literally, as the result of an accident.

In February 2020, at a 600cc Superstock meeting in Bahrain, Akeel lost control of her bike and fell.

“I had a ‘low side’ fall, which means I fell onto the track on the side that the bike was leaning toward, which is, you know, the, the lesser and easier fall.”

The six-feet-one-inch-tall Akeel considers herself fortunate.

“I was very lucky. I had some broken bones in my pelvis, my spine, but they were all fractures that could heal naturally. So, I considered that to be a very lucky outcome and I was very relieved and very grateful.” 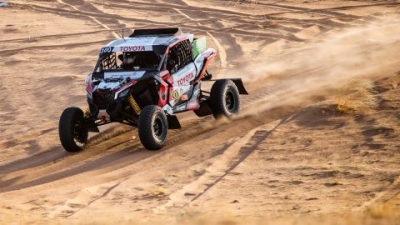 At the time, the Covid pandemic was beginning to precipitate widespread border closures and lockdowns, so Akeel returned home to Jeddah to recuperate.

While resting up she began to consider the appeal of off-road and rally racing, especially as Saudi Arabia was welcoming the Dakar Rally for the first time.

“It’s a great event. It’s international. It hosts a lot of people from all over the world, coming in big numbers, and it’s a lot of fun,” she explains.

“(I wanted) to get used to the idea of being in different situations, different terrain, which Dakar gives you, across 9,000 kilometers of Saudi Arabia and it’s actually very diverse,” she says.

“So, when I went to the cross-country Baja World Cup, I had two rounds in the Middle East and three in Europe and each of those locations was a completely different way of driving.

“So, I found, for example, it was muddy in Italy, and there was a lot of gravel and water in Hungary. There were a lot of bumpy, rocky parts in the Middle East with sand, with dunes. So that just got my mind prepared for variety and to be able to engage with the unknown.”

Being ready for the unexpected is a key feature of preparation for the Dakar, Akeel says.

“If you have this mentality that anything can happen at any moment and you expect things to constantly evolve, then you can be well prepared mentally,” she explains.

“And then physically, that’s a different story: so, I have my workout routine and I eat well and sleep well.” 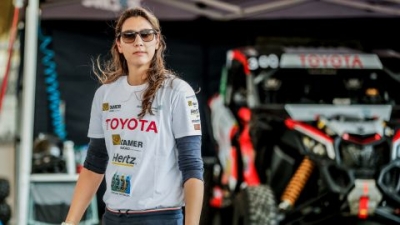 ‘I have every right to be there’

With women only recently able to drive on the road in Saudi Arabia, Akeel is aware that she could be seen as a role model by her countrywomen, but she is philosophical about her own path and what she might represent to others.

“I was very lucky to get my license when I was 17 and I had a head start on building that response time and those skills and driving skills,” she says.

“I think it’s important to watch people do it because then you understand that it is possible for you, whoever you are, to get into the sport.

“I mean, I remember when I was joining the first race, I didn’t think twice about … how many women had done this? Had they been from Saudi? Not Saudi? I didn’t think too much about that because the rules say I can be there. 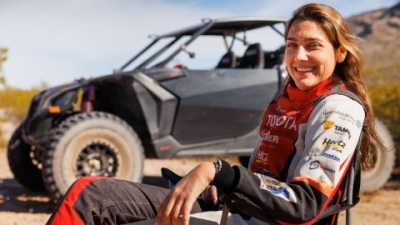 In her first attempt at the Dakar, Akeel finished a creditable eighth in her class in the 2022 race, but it could have been even better.

“We were sixth (in the T3 class), which I was very happy with, being a first timer,” said Akeel. “But on the seventh day I had a problem with the turbo and the car had a bit less power. I started to use the brakes less and carry momentum through the turns. But that means more risk.

“(My co-driver) said, ‘you know, if you don’t stop what you’re doing, you’re gonna have a problem’. But I ignored him, and I ended up turning a corner and was caught off guard by a rock and hit the brakes really quickly, and the impact broke the front of the car.

“I reacted in an emotional way, and I didn’t make the right call,” she admits. “Dakar is a race that forces you to look at yourself and your decisions. And after that, I did change the way I drove.”

Creating a path for women

Akeel’s story has proven attractive to major sponsors, including the likes of Toyota and Canadian off-road specialist, Can-Am, which provided her with the all-important car.

“Dania isn’t afraid to get in there and compete with the boys in a male-dominated sport,” said Anne-Marie LaBerge, Chief Marketing Officer at BRP, which owns Can-Am, of Akeel.

“She is helping to create a path for women and future generations of young women to follow in Saudi Arabia, similarly to what Molly Taylor is doing in Australia, Cristina Gutierrez is doing in Spain, and Cory Weller is doing in the United States.

“These are women creating a path for other women to push their limits and get in the game, whatever the rules are.”

As for the challenges of Dakar itself, Akeel sees it as a learning experience, but also primarily as fun.

“Dakar reminds me of summer camp,” she says. “You know, every day we wake up, we get our gear on and we just drive for 400 plus kilometers. It’s the finest two weeks.

“When I get in the car, it’s me and the co-driver and the car and the track. That’s it. That’s all that exists. Nothing else exists.”