Common Type of Asteroid Could Be Very Hard to Destroy, Study Finds 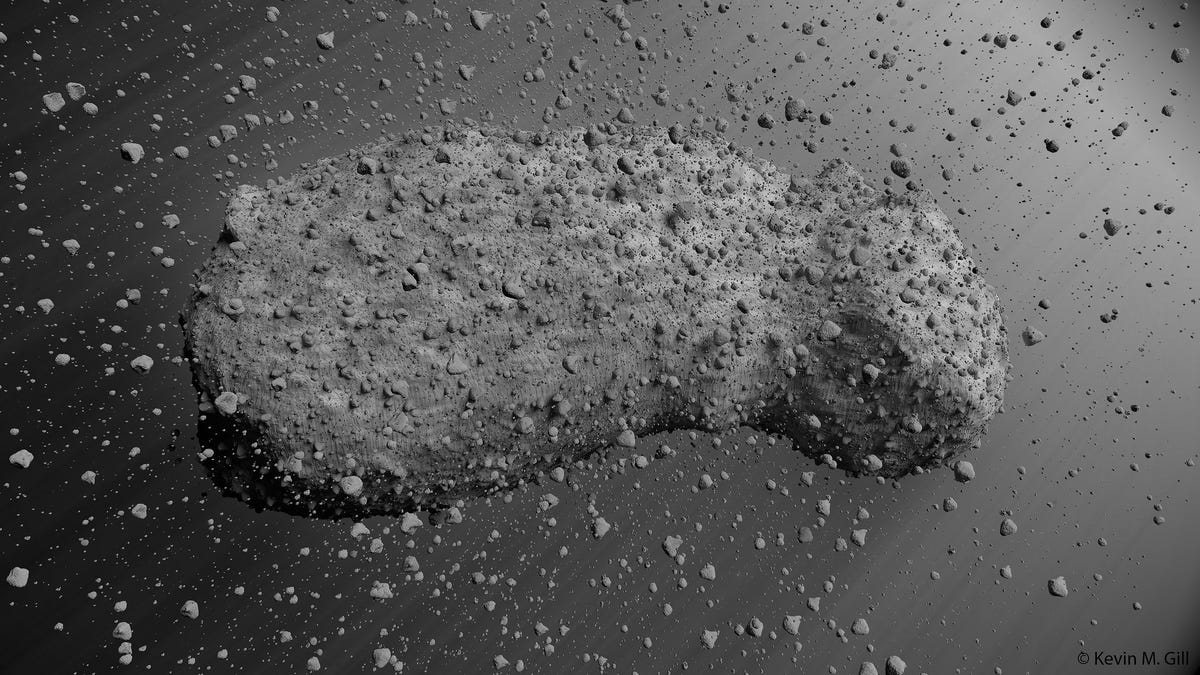 A visualization of asteroid Itokawa, which was visited by the Japanese Hayabusa1 mission.
JAXA/Curtin University

It’s a trope in science fiction that the best way to deal with a threatening asteroid or comet is to simply blow it to bits. But a new study analyzing actual bits from an asteroid visited by a Japanese space mission finds the task might not be so simple.

Imagine that you’re given a large sponge and asked to blast it into a hundred pieces using only a baseball bat. The job isn’t so easy because the sponge is porous and highly shock absorbent. Turns out that a lot of asteroids in our solar system are similar to that sponge in that they’re made up of a loose amalgam of rocks and boulders.

That was the case with the asteroid Itokawa sampled by the Japanese Space Agency’s Hayabusa 1 mission, which visited the rock in 2005 and returned its bounty to Earth in 2010.

“Unlike monolithic asteroids, Itokawa is not a single lump of rock, but belongs to the rubble pile family, which means it’s entirely made of loose boulders and rocks, with almost half of it being empty space,” explained Curtin University Professor Fred Jourdan in a statement.

Jourdan is co-author of a new paper on the work published Monday in the Proceedings of the National Academy of Sciences.

Jourdan and colleagues analyzed tiny bits of rubble and dust brought back from Itokawa. They were surprised by results showing that the space rock is particularly ancient and resilient, dating back billions of years rather than the several hundreds of thousands of years expected for similar asteroids.

“Such an astonishingly long survival time for an asteroid the size of Itokawa is attributed to the shock-absorbent nature of rubble pile material,” Jourdan says. “In short, we found that Itokawa is like a giant space cushion, and very hard to destroy.”

The finding has implications for how we might one day protect Earth from a potential impact by a large asteroid careening our way. For one thing, the potential long life span of rubble pile asteroids means they’re likely even more common than previously thought.  That means the notion of simply smashing up an approaching asteroid with the metaphorical equivalent of a huge baseball bat is probably not the best approach.

“The good news is that we can also use this information to our advantage,” explains co-author and Curtin associate professor Nick Timms. “If an asteroid is detected too late for a kinetic push, we can then potentially use a more aggressive approach like using the shockwave of a close-by nuclear blast to push a rubble pile asteroid off course without destroying it.”

NASA recently tried the kinetic push approach with its DART mission, and nuclear blasts have often been a staple of science fiction plots involving doom-bringing heavenly bodies. It’s just that, normally, Hollywood’s heroes are using a nuke to obliterate the object itself.

This new research suggests that smashing space rocks to ever smaller smithereens just may not be the most effective or efficient means of planetary defense, even if it is a great plot device.

If we can’t destroy an approaching asteroid, maybe we can hit it out of the park instead.