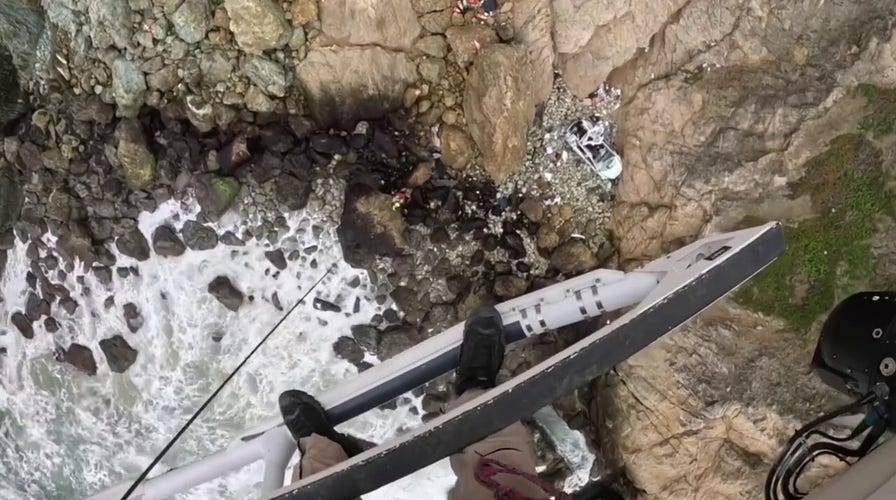 A man who injured himself and three others, including two children, after driving his Tesla off a cliff in California on Monday is now facing multiple charges after authorities said the plunge was intentional.

California Highway Patrol in San Francisco on Facebook said Dharmesh A. Patel, of Pasadena, was arrested for attempted murder and child abuse Tuesday. After talking to witnesses and gathering evidence at the scene, investigators believe “this incident was an intentional act.”

Earlier on Tuesday, CHP Officer Mark Andrew said investigators did not believe the Tesla was operating in autopilot or full self-driving mode at the time.

Authorities echoed that statement on Facebook later in the day and added the car’s driving mode “does not appear to be a contributing factor” in the crash. 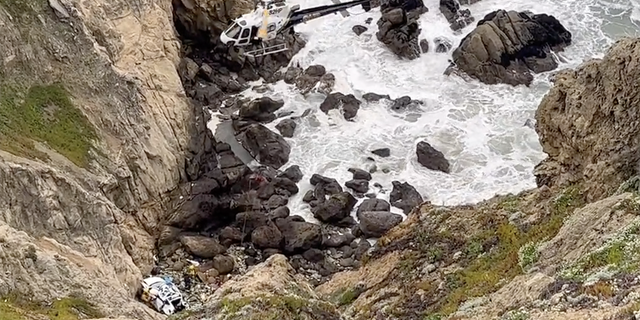 A white Tesla is seen off the ‘Devil’s Slide’ cliff in California after the driver intentionally drove off the cliff, authorities said.
(CAL FIRE San Mateo – Santa Cruz Unit)

California Highway Patrol officers responded to the incident Monday around 10:50 a.m. after 911 callers reported a car went over the ‘Devil’s Slide’ cliff south of the Tom Lantos tunnels on State Highway 1.

At the scene, first responders saw a white Tesla approximately 250-300 feet down the cliff. Multiple agencies responded to the scene to rescue the passengers after noticing movement from the car.

“We go there all the time for cars over the cliff and they never live. This was an absolute miracle,” Brian Pottenger, a battalion chief for Coastside Fire Protection District/Cal Fire, said.

Firefighters rappelled down the cliff while another rescuer was lowered from a helicopter to assist in the extrication and rescue amid rainy and windy conditions. 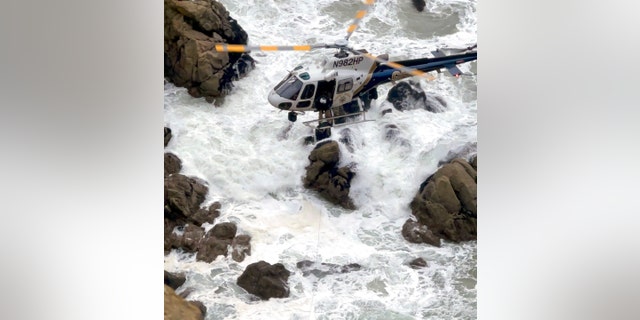 First responders had to use the “jaws of life” tools to cut the passengers out of the car. An earlier Fox News Digital report said the children – a 4-year-old girl and a 9-year-old boy – were pulled out of the back window while the adults were hoisted from the water’s edge and transferred to a waiting Stanford Life Flight helicopter.

Patel and the second adult reportedly suffered traumatic injuries and the two children were rushed to the hospital by ambulance with musculoskeletal injuries.

Authorities did not say if the passengers are related to Patel or not. 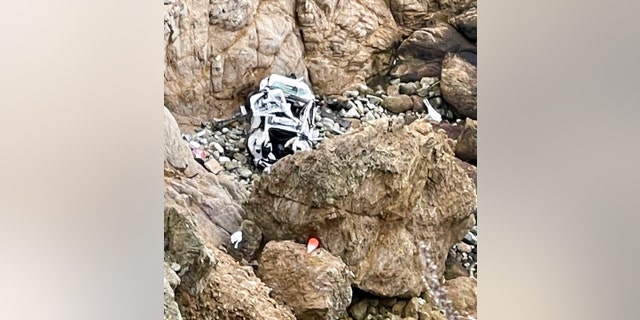 Patel is being treated for his injuries at an area hospital and will be booked into the San Mateo County Jail upon his release.

California authorities said no further information will be released at this time, but the investigation remains active. Additional witnesses are asked to call the CHP – San Francisco Area at 415-557-1094.