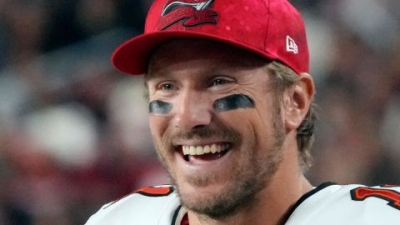 Tampa Bay Buccaneers quarterback Blaine Gabbert used Jet Skis to help rescue the occupants of a helicopter after it crash landed in the water on Thursday, he said in a press conference on Friday.

He and his two brothers, Tyler and Brett, were jet skiing in Hillsborough Bay, Florida when he said they heard “a faint noise.”

“We turned around… and I just remember looking to the west and seeing – it almost looked like a crew boat that had broken up in the water into about four pieces – and I vaguely remember seeing like two yellow lifejackets,” Gabbert said.

Once he reached the site, Gabbert said he realized that it was a helicopter in the water and expected the “worst case scenario.”

Tampa police said that the helicopter was making its way back to Peter O. Knight Airport when the pilot allegedly heard a loud bang and then lost power.

Approximately 300 feet from the airport’s beach, the pilot conducted an emergency landing into the water near the Davis Islands Yacht Club, police said, with all occupants ending up in the water.

“It looked like they were in distress. We raced over there, the youngest kid had just come up and he said he was pinned in there and I asked if anyone else was trapped,” Gabbert said, recalling later in the press conference that the family were all visibly shaken up and covered in oil from the crash landing. 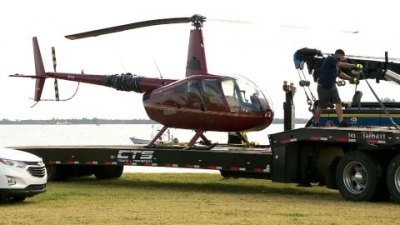 The helicopter was towed away after the rescue.

“Then I called 911, tried to remain as calm as possible…I was just right place, right time. The credit really goes out to Tampa police department, the fire department, and the Sheriff’s department because they were there within five seconds.

“It was pretty remarkable. I got two on my Jet Ski, my brothers got one, the pilot was still in the water. That was when you guys showed up.”

Footage captured by the Tampa Police Department, who arrived on the scene shortly after Gabbert and his brothers, show the Jet Skis circling the crash site, and the helicopter pilot climbing aboard the police boat.

Gabbert and his brothers piloted their Jet Skis safely back to the beach, and he was made an honorary member of the Tampa Police Marine Patrol after his part in Thursday’s rescue.