The actor and his fiancée Tessa Angermeier confirmed the news in a social media post. In the snapshot, the two are pictured in a scenic area of Owensville, Indiana for an Instagram photo with the simple caption, “The best is yet to come.”

Angermeier is seen wearing a diamond ring on her finger in the photo.

The couple has reportedly been together for four years. 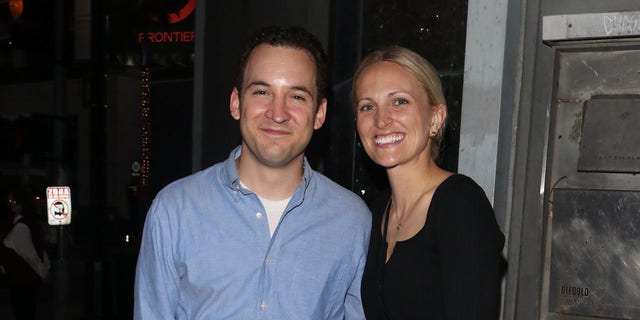 The post’s comments were full of people congratulating the couple, including Danica McKellar who starred in “The Wonder Years” with Savage’s older brother Fred when they were kids.

Several of Savage’s latest posts feature the couple, including one from late December at a brewery in Indiana and two of the couple celebrating Christmas in Los Angeles.

In one, the couple showed off their tree on top of their car and in another they dressed like Chevy Chase and Beverly D’Angelo’s characters from “Christmas Vacation” with the caption, “Hope you had the hap hap happiest Christmas.”

A rep for Savage told People magazine, “They are both very grateful and enjoying this exciting time with their families and friends.”

The on-screen couple eventually married near the end of the show’s run and both Savage and Fishel reprised their roles in 2014 to play parents of a tween girl on the sequel “Girl Meets World.”