Biden says ‘no regrets’ over classified doc handling: ‘Nothing there’

President Biden said Thursday he has “no regrets” about his handling of classified documents that were discovered at his home and former Washington, D.C. office.

The president made the remarks while touring California to assess the damage from a series of recent winter storms that pummeled the state. 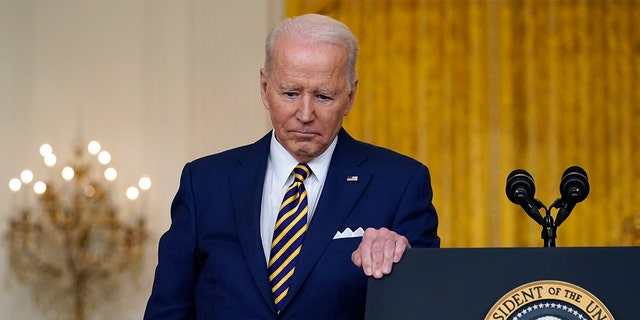 At the conclusion of his speech, a reporter shouted a question about the classified documents.

“You know what, quite frankly, bugs me is that we have a serious problem here we’re talking about. We’re talking about what’s going on,” Biden said, referring to the damage. “And the American people don’t’ quite understand why you don’t ask me questions about that.”

BIDEN WON’T MAKE 2024 ANNOUNCEMENT UNTIL AFTER STATE OF THE UNION: SOURCES

The president then allowed the question to proceed. The reporter asked Biden whether he had any regrets about not revealing the existence of those documents when they were discovered – less than a week before the November midterms.

“We found a handful of documents were filed in the wrong place,” Biden said. “We immediately turned them over to the Archives and the Justice Department. We’re fully cooperating and looking forward to getting this resolved quickly.” 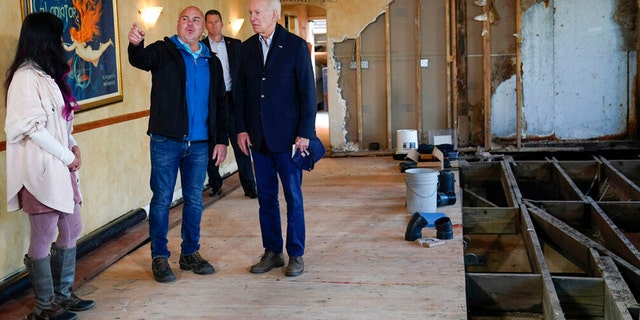 He added: “I think you’re going to find there’s nothing there. I have no regrets. I’m following what the lawyers have told me they want me to do. It’s exactly what we’re doing. There’s no there there.”

The White House said Biden attorneys discovered classified documents and official records on four separate occasions — on Nov. 2 at the offices of the Penn Biden Center in Washington, on Dec. 20 in the garage of the president’s Wilmington, Delaware, home, and on Nov. 11 and 12 in the president’s home library.

Biden previously lambasted his predecessor over his possession of such sensitive records.

“When you saw the photograph of the top secret documents laid out on the floor at Mar-a-Lago, what did you think to yourself looking at that image?” CBS’ Scott Pelley asked.

“How that could possibly happen, how one anyone could be that irresponsible,” Biden responded. “And I thought what data was in there that may compromise sources and methods. By that, I mean, names of people helped or et cetera.”

Fox News Digital has reached out to the White House for clarification on Biden’s Thursday remarks.

Fox News’ Joseph A. Wulfsohn contributed to this report.