Global appeal for Korean content has gone up in the past five years. While K-pop acts like BTS and Blackpink helped bring South Korean music to the forefront, K-dramas now have a huge international presence. Series like Squid Game and Heirs boosted the genre’s popularity, and streaming services are releasing TV shows and films to satisfy audience demand for new and vintage titles. K-dramas first started gaining momentum in South Korea in the ’70s, but the genre’s reach is as close as Netflix and other platforms.

Grounded in Korean culture, these stories pack in high-quality storytelling across the board — from zombie thrillers to emotional family sagas
. But prepare for a ride. Predictable plots are not a hallmark in this genre, as romance, action, magic and social commentary are often woven into the storylines. And so is music.

Hands down, you can be entertained while watching a Korean series. Here’s a list of the best places to stream K-dramas. 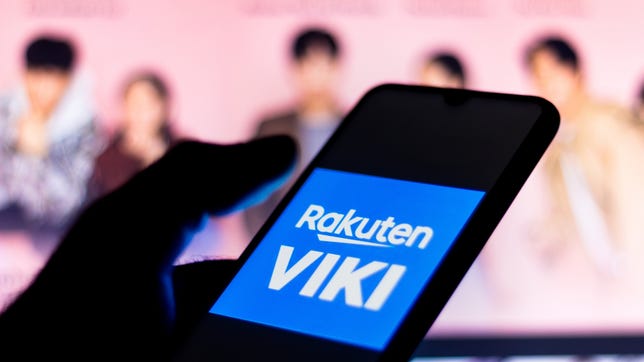 Best overall with the most K-drama titles for cheap

Streaming K-dramas on Rakuten Viki — better known as Viki — is like hitting the mother lode. The streaming service specializes in content from Asia with a dedicated section for Korean offerings. Viki has over 1,000 Korean TV series and more than 200 movie titles that you can watch on demand, including originals. And the platform also airs some shows live. Everything on the service is subtitled, often in multiple languages.

One of the standout features of Viki is its special collections section of curated content. Examples include shows to check out if you like Squid Game, K-drama for beginners, or best Korean dramas of the year.

Rakuten Viki offers a free streaming option with ads and limitations for some content. Paid subscriptions are ad-free: Viki Standard Pass is $6 a month and the Viki Plus Pass is $10 monthly. The Standard Pass includes HD, Viki originals and access to exclusive Standard titles.

The Viki Plus Pass includes everything from the Standard version, plus offline downloads and access to hundreds of hours of additional content. Each paid plan comes with a seven-day free trial. Additionally, there’s an option to rent some movies for $2 to $3 each.

At this time, Viki does not offer multiple streams, so you can only stream one thing at a time per account. However, you can follow shows, actors, or collections and set up a watch list if you register a free account. Viki is available on a web browser or via Roku, Amazon Fire TV, Apple TV, Android TV, Chromecast and mobile devices. 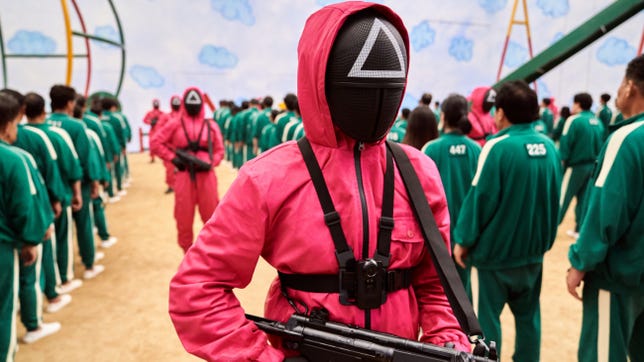 Home of The Glory, Extraordinary Attorney Woo and more

Squid Game, All of Us Are Dead, Extraordinary Attorney Woo and Alchemy of Souls made waves at Netflix, with more originals in the pipeline. Currently, Netflix has more than 130 Korean shows and movies on the platform, featuring licensed picks like Stranger and a string of originals, including Money Heist: Korea – Joint Economic Area.

Netflix has several ways for you to find K-dramas on the service and simplifies the process of drilling down to niche categories. There’s its “K-Dramas for Beginners” list and an even more specific “K-Dramas about Roommates” section. If you love romance, bromance, fantasies or historical epics, you’re in luck. The service offers a mixture of subtitled and dubbed fare.

Click on the TV Shows menu and choose the “K-dramas” genre to pull up more than a dozen rows of content. New releases, classic series and movies are among the choices. While Netflix’s Korean movie selection isn’t as deep as other streaming services, there are enough on the platform to keep your watch list stacked. 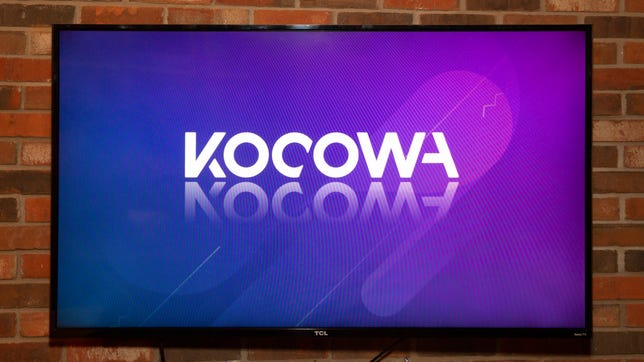 A blend of free and paid content that’s 100% Korean

Based in Los Angeles, Kocowa launched in 2017 and all of its content comes directly from South Korea. The service boasts more than 17,000 hours of Korean TV, including Running Man and The Penthouse. In addition to K-drama television series and movies, there are reality shows, docuseries, K-pop events and competitions on the service. Its K-drama titles are organized into niche categories like romance, sports, crime or action. Like Netflix, the service has rows that denote whether titles are trending, new or genre-specific. And viewers appreciate Kocowa’s quick turnaround time when it comes to subtitling new arrivals on the platform.

You can view some content for free on the app or Kocowa’s website without signing up. You can also sign up for Taste24HR, which provides free access to Korean shows and dramas right after they air on South Korea networks MBC, KBS and SBS. The new content streams with and without subtitles and is up for 24 hours. Both options include ads.

The $7 monthly/$70 per year subscription offers ad-free viewing of everything on the streaming service, and there’s a 14-day free trial. You can also pay $0.99 for a single day of access, which is handy if there’s one show you want to watch on a particular day or simply want to try things out.

While Kocowa is also available through Viki, the content on there does not include the service’s whole library. Users in the U.S., Canada, and certain regions in South America can watch Kocowa directly on its website, or on Roku, Chromecast, Android and iOS devices. The app is not available on Amazon’s Fire TV devices. 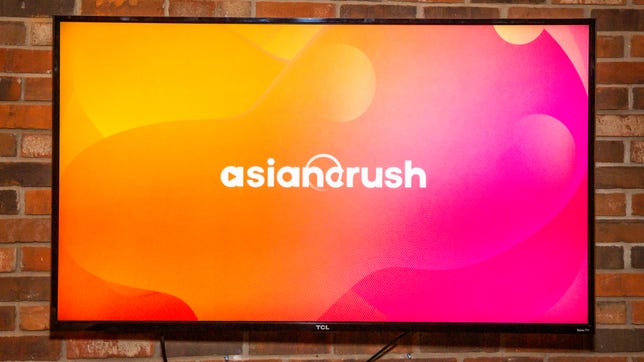 Lots of live and on-demand K-dramas for free

As soon as you open the AsianCrush app on your TV, you’ll notice live programming is running right alongside the standard thumbnails. The streaming service has content from South Korea, Japan, China and beyond, and you can watch most of it for free on the ad-supported version.

Its lineup of K-dramas and films can be streamed on-demand or, if you keep up with the schedule, as live feeds. Browse AsianCrush’s library according to country, title, genre, on-demand listings, or through one of its special collections such as Korean movies. Popular titles include Boys Over Flowers and Sweet Revenge. And here, subtitles are king.

To watch without ads you’ll need the premium subscription for $5 per month or $50 a year. Ratings are listed next to each title, and AsianCrush’s on-demand menu breaks content down into categories like “Independent,” “Staff Favorites” or “Popular Korean Dramas.”

AsianCrush can be streamed via iOS devices, Google Play, Apple TV, Android TV, Roku, Amazon Fire TV or on your computer. The service is only available in the U.S. and Canada. 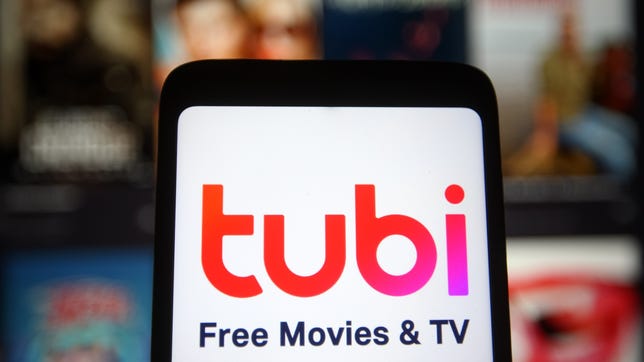 All the K-drama you want for free

Tubi has roughly 200 Korean titles in its library that range from the late ’90s to 2021 — and it’s all free. Rather than scouring the app using creative search terms, movies and TV series can be found under Tubi’s “K-Drama Plus” category, and you can search by title if you know exactly what you want to watch. While the majority of its selections are subtitled, there are a handful of English-dubbed titles.

Though the streaming service is free, you will have to register for an account if you want to create a personal watch list. Tubi is available on all major streaming devices, including game consoles and smart TVs. 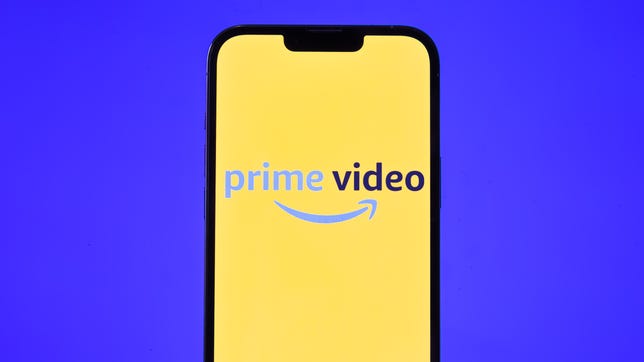 If you haven’t ventured into Prime Video’s catalog lately, it’s worth a peek at their Korean entertainment selection. Unfortunately they’re not easy to find. While the service has a designated section for foreign content, it’s not organized by country. Your best bet is to use specific titles or search terms such as “Korean dramas” or “Korean horror movies” to comb through Prime’s titles. Alexa won’t necessarily be much help either.

Amazon’s streaming service offers a sampling of originals, including The Handmaiden. You can also catch popular titles such as Train to Busan, Café Midnight, and Goblin, which are available to watch at no extra cost with a Prime membership. Its K-dramas are spread across genres where you’ll find crime-themed shows like Voice housed alongside romantic fantasies such as Secret Garden. The platform carries both subtitled and dubbed programming.

Note that a stand-alone Prime Video subscription is $9. If you don’t have a membership, no worries: Some K-dramas on the platform are part of IMDb TV, Amazon’s free ad-supported video streaming arm. Other content has a rent or buy option, and that’s indicated in the title banner.

What is a K-drama?

New to the world of Korean entertainment? K-drama — short for Korean drama — is a type of television series produced by and starring South Koreans. Some consider it a genre on its own, but within the Korean drama landscape, there are love stories, adventures, fantasies, historical dramas, comedies, horror tales, medical procedurals and school-centric sagas.

Writers will often work in themes centered on family, gender roles, mental health or other things affecting everyday society. Some streaming services include movies in their K-drama listings, whether they’re in-house original productions or licensed from studios.

Are any K-dramas dubbed in English?

K-dramas are typically streamed with subtitles in various languages, including English and Spanish. On your search to find voice-dubbed content, you may be hard-pressed to come across titles that are dubbed in English. While some streaming services have a small sampling of dubbed versions, Netflix is the best place to find them.

Which K-drama streaming sites are legal?

Pirated content is nothing new. With that in mind, those hunting for Korean series may encounter some illegal sites that offer free streaming. Though free, these often pose security risks. Legit streaming services either make their own content or have licensing agreements in place with creators to ensure copyright laws are respected. How can you spot the difference between legal and illegal providers?

First, verify whether the service has an app. If you can find it on Google Play, Apple’s App Store, FireTV, Roku and the like, chances are it’s legal. If you’re urged to use a VPN for a site, be wary. That’s usually an indicator that it’s not operating above board. And beware of those with dubious user interfaces.

Check the service’s history or “About Us” section to find out how long it’s been in business and where it’s headquartered. If you see disclaimers about sharing links, run. Look for streamers like Netflix or Viki who offer monthly paid subscriptions. Though platforms like Tubi dole out free content, they have ad partnerships with credible businesses. When all else fails, Google legal streaming services.