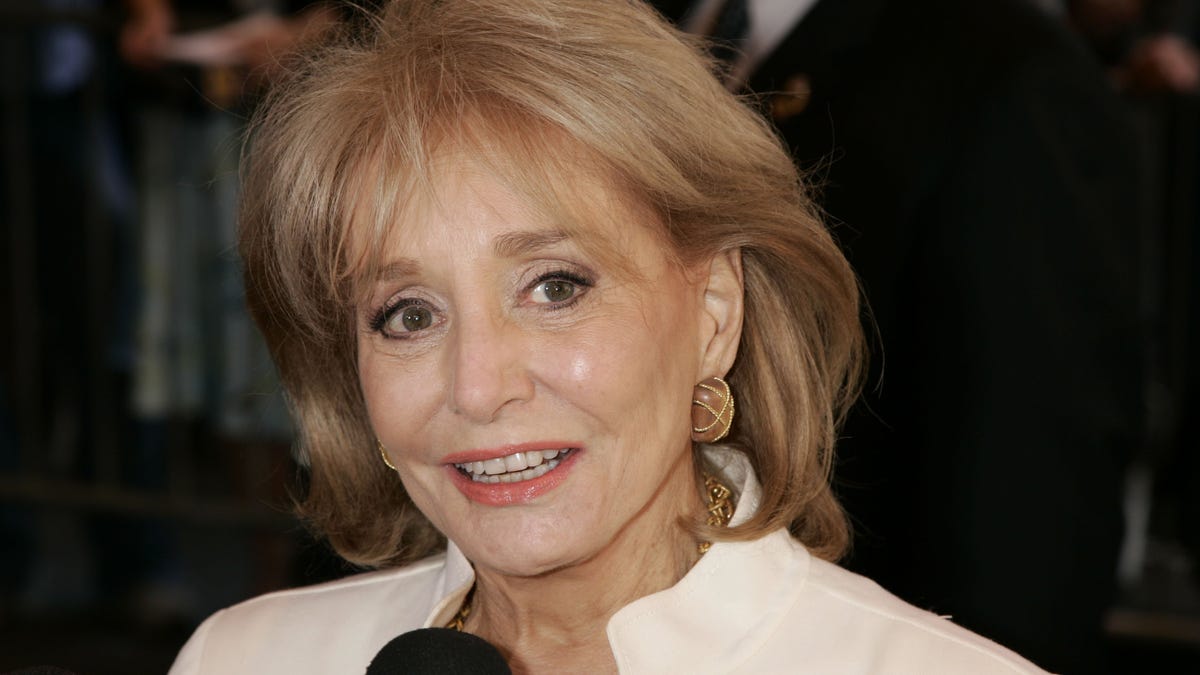 Barbara Walters, a trailblazing TV journalist who was the first woman to anchor an evening news broadcast, has died at 93.

Walters, who became a cultural icon during her more than 40 years at ABC TV, died Friday at her home in New York, according to a tweet Friday evening by Robert Iger, CEO of ABC parent Walt Disney Co.

“Barbara was a true legend, a pioneer not just for women in journalism but for journalism itself,” Iger said in a statement. “She was a one-of-a-kind reporter who landed many of the most important interviews of our time, from heads of state to the biggest celebrities and sports icons.”

I have sad news to share today. Barbara Walters passed away this evening at her home in New York. pic.twitter.com/fxSyU6BQk4

“Barbara Walters passed away peacefully in her home surrounded by loved ones. She lived her life with no regrets. She was a trailblazer not only for female journalists, but for all women,” her publicist Cindi Berger said in a statement.

Her death was also announced late Friday by ABC, the network where she worked for nearly four decades. Her interviews with elected officials, heads of state and Hollywood entertainers conferred a celebrity status on Walters as well. Along with hosting NBC’s Today Show and ABC’s 20/20 news programs, she was well known for her frequent specials such as her annual 10 Most Fascinating People show.

Walters began her TV broadcast career in 1961 as a researcher and writer on NBC’s Today Show before becoming a co-host in 1974. She made headlines in 1976 with her move to ABC, where she was named the first female network news anchor. Her five-year contract paid her an unprecedented $1 million salary.

She was famous for asking personal, probing questions of her guests, who often became emotional and began crying on camera. Over her storied career, she interviewed every sitting US president from Richard Nixon to Barack Obama; heads of state such as Cuban President Fidel Castro, Egyptian President Anwar Sadat, British Prime Minister Margaret Thatcher and the Shah of Iran; and entertainers such as Lucille Ball, Grace Kelly and John Wayne — his final TV interview before he died three months later.

She was also known for her lisp, a speech impediment that cemented her position as a cultural icon when she was parodied in the 1970s as Baba Wawa by the late comedian Gilda Radner in a well-loved series of Saturday Night Live sketches.

In 2014, Walters retired from The View, a morning TV talk show she created in 1997, ending a 53-year career in broadcast journalism that brought her 12 Emmy awards.