‘Bad Behind Bars: Jodi Arias’ star Celina Sinden on how she prepared to play convicted murderer in new movie

Celina Sinden opened about how she prepared to play the role of real-life convicted murderer Jodi Arias in the new Lifetime movie “Bad Behind Bars: Jodi Arias.”

The 35-year-old British actress told Fox News Digital that she did “loads of research” to portray Arias, now 40, who was sentenced to life in prison without the possibility of parole in 2015 after being convicted of killing her ex-boyfriend Travis Alexander in 2013.

“The Reign” star explained that she drew upon material from Arias’ trial, which received widespread media coverage across the world due to the sensational nature of Alexander’s gruesome murder.

Arias was accused of stabbing and slashing Alexander 27 times, slitting his throat and shooting him in the head in his suburban Phoenix home in June 2008.

“In the case of Jodi, there is so much to watch and listen to and read. So I did a lot of that,” Sinden said. 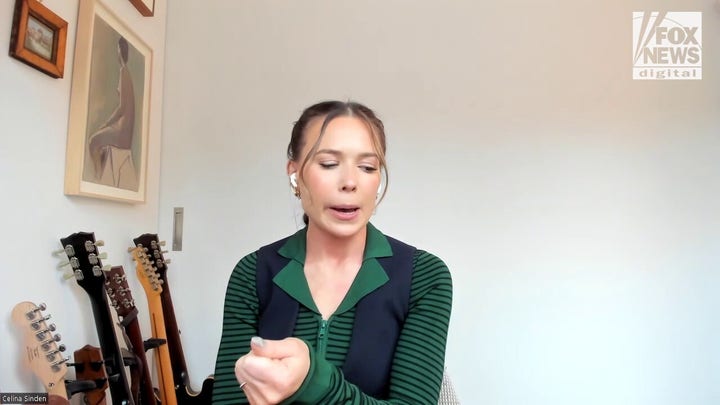 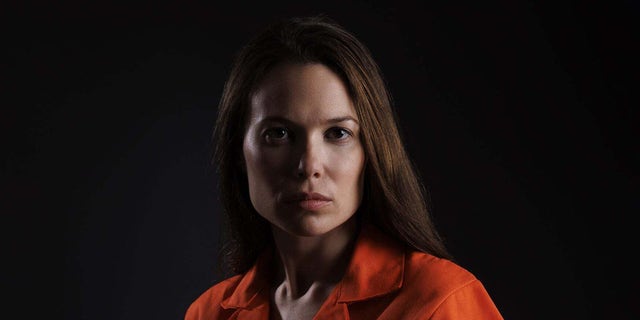 Celina Sinden opened about how she prepared to play the role of real-life convicted murderer Jodi Arias in the new Lifetime movie "Bad Behind Bars: Jodi Arias."
(Lifetime)

She continued, “And the most useful part of that was I actually found the unedited interrogation videos of Jodi, which I can’t believe that they exist online, but they were really useful for me because I could kind of see her when she doesn’t have an audience and I could pick up on little mannerisms, the way she uses her voice.”

“That was all so useful.”

Through watching the footage, she also discovered that Arias is left-handed. Sinden, who is right-handed, explained that since the role required a “lot of hand-acting, drawing, and tattooing,” she had to train herself to use her left-hand.

“The Retreat” actress told Fox News Digital that the process was “incredibly uncomfortable.”

TIMELINE OF KEY EVENTS IN THE JODI ARIAS MURDER CASE

“I’m such a right-handed person that this part of my body is basically useless,” she said with a laugh. “It was really difficult. And I’m also not a skilled drawer, and she’s very talented, actually. So it was a learning curve for sure. It was a challenge.”

Sinden also shared her thoughts on watching the interrogation tapes and the impression that she formed of Arias after viewing the clips. 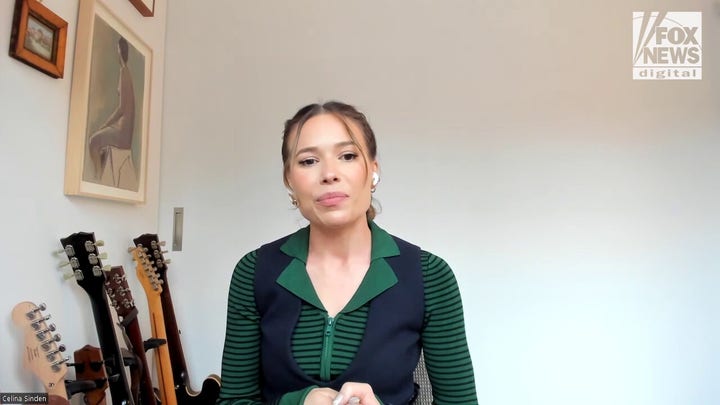 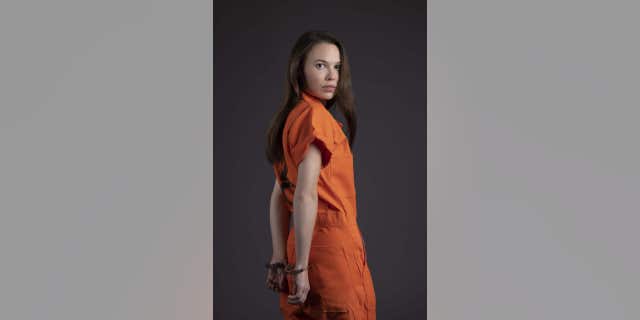 The 35-year-old British actress told Fox News Digital that she did "loads of research" to portray Arias, now 40, who was sentenced to life in prison without the possibility of parole in 2015 after being convicted of killing her ex-boyfriend Travis Alexander in 2013.
(Lifetime)

“It was kind of an intense experience watching them, knowing what we know now,” she said.

“What can I say? This is just my opinion of Jodi. But from watching her, and it’s what a lot of people have said about her and who knew her said, that there’s just something that maybe seems a little off, and you can’t put your finger on what it is.

Sinden continued, “She’s smart and articulate and comes across as very sweet, but there’s just something kind of missing. And so I was kind of curious at the beginning of doing the prep, like, ‘How do you incorporate that into a performance?’”

“And I spoke to our incredible director Rama Rau, and we kind of agreed that if you play each moment fully without thinking of the past or the future as the character, then when it’s all put together, it comes across as a little disjointed. Because there’s no through line of character. So hopefully that works.”

Though Sinden didn’t watch Arias’ entire five-month trial, she told Fox News Digital that she “definitely watched parts of it” and was also inspired by another highly-publicized trial that was taking place while she was preparing for the role. 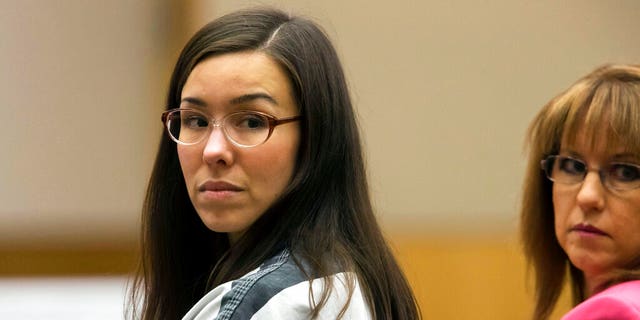 FILE – In this April 13, 2015, file photo, Jodi Arias, left, looks on next to her attorney, Jennifer Willmott, during her sentencing in Maricopa County Superior Court in Phoenix.
(Mark Henle/The Arizona Republic via AP, Pool, File) 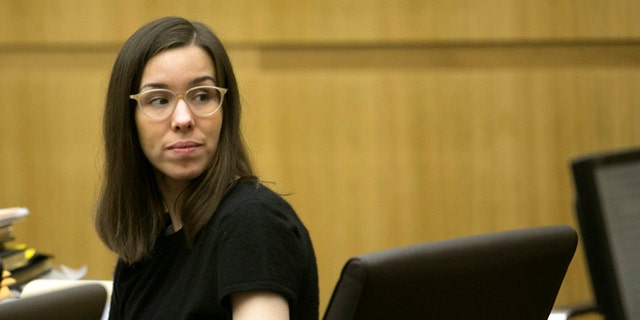 FILE – Jodi Arias looks back at the gallery during the sentencing phase of her trial at Maricopa County Superior Court in Phoenix on Wednesday, Dec. 17, 2014.
(AP Photo/The Arizona Republic, David Wallace, Pool, File)

“Actually, at the same time I was prepping the film, the Amber Heard/Johnny Depp case was still happening,” she said. “Obviously, very different case, but the media frenzy surrounding it was very similar to Jodi’s case.”

“And so it was really interesting to see that played out and how media can be used as a tool in the legal system, which is what Jodi did. Ultimately, she was trying to control the narrative.”

The upcoming film is the followup to Lifetime’s hit 2013 TV movie “Jodi Arias: Dirty Little Secret.” “Bad Behind Bars: Jodi Arias” follows Arias during her time at the Estrella Jail in Phoenix after she was arrested for first-degree murder in July 2008.

While incarcerated, Arias developed close friendships with her fellow cellmates Donovan Bering and Tracy Brown. The trio became inseparable with Arias later convincing Bering to become her advocate on the outside after she was released early.

However, Bering began communicating with Jodi’s mother Sandy Arias, which eventually opened her eyes to her friend’s true nature. 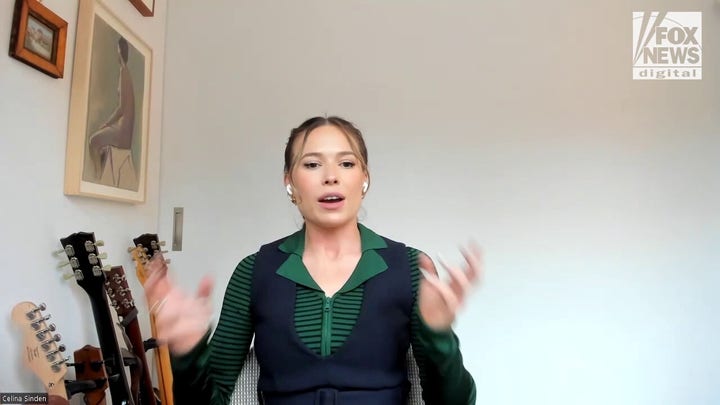 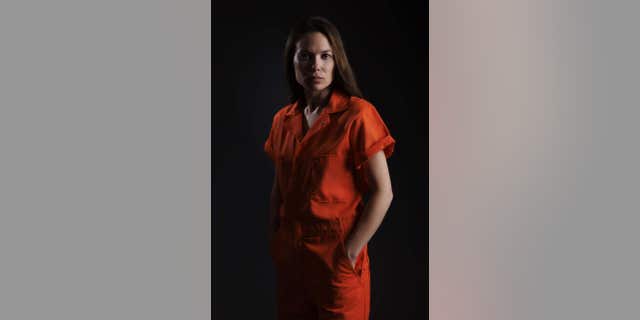 "The Reign" star explained that she drew upon material from Arias’ trial, which received widespread media coverage across the world due to the sensational nature of Alexander’s gruesome murder.
(Lifetime)

“Pretty Hard Cases” star Tricia Black played Bering in the movie while “Daniel Spellbound” actress Lynn Rafferty portrayed Brown. The two former inmates were a couple behind bars, and they are now married.

Sinden told Fox News Digital that “Bad Behind Bars: Jodi Arias” is a character study as well as a study of Arias and her relationships.

“It was very important to us to be respectful and accurate in showing this story, because these are real people and they’re very real victims,” she explained. “And we were so aware of that the whole time.”

She went on to say that she hopes audiences draw their own conclusions about the characters.

“For me, I always feel like the best stories are the ones that provoke questions and don’t necessarily try to provide an answer.”

The London native also weighed in on the massive popularity of the true-crime genre following the success of movies and TV shows including Netflix’s 2022 series “Monster: The Jeffrey Dahmer Story.”

“From my perspective, I think it’s that it allows us to explore the darker elements of life that are very real,” she said. “And they happen all the time, unfortunately. And we’re all made of light and dark. And you can sit in your living room and try to understand these things in a safe environment, you know?” 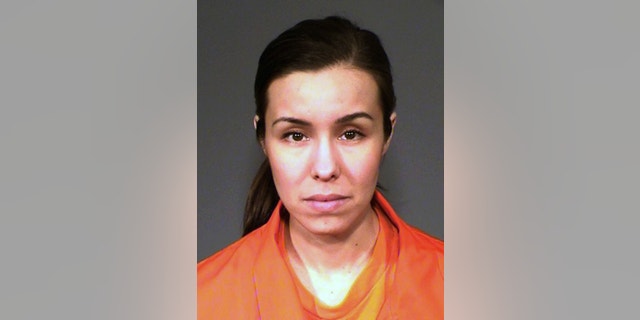 While Sinden noted that the genre has “really come to prominence in the last ten years,” she said that it is not her content of choice.

“I have to say I’m a total wimp, so I don’t watch a lot of true crime because I get, like, horrible nightmares,” she said.

However, Sinden explained that the opportunity to play darker characters such as Arias is a draw for actors.

“A lot of actors are drawn to kind of darker characters because you get to explore all these dark aspects of ourselves,” she said. “But it’s very safe. It’s like a very safe place.”

Sinden shared her thoughts on why audiences would be interested in “Bad Behind Bars: Jodi Arias” even if they are already familiar with many aspects of the high-profile case.

“And I will say it is about Jodi, but there’s also an incredibly beautiful love story at the heart of it between two women.”