Alec Baldwin faces involuntary manslaughter charges: A look at the ‘Rust’ star’s history in the headlines

Hollywood is known for its notable characters, both on screen and off.

Among those to have captured the public’s attention for decades is Alec Baldwin, the Academy Award-nominated actor who faces two counts of involuntary manslaughter for the death of cinematographer Halyna Hutchins, prosecutors said Thursday.

In October 2021, a gun Baldwin was told was “cold,” or unloaded, on the set of the movie “Rust” discharged, killing Hutchins. Director Joel Souza was also injured but recovered.

ALEC BALDWIN’S ARRESTS AND SCANDALS THROUGH THE YEARS, FROM PARKING SPACE FIGHT TO WRONG-WAY BIKE TICKET 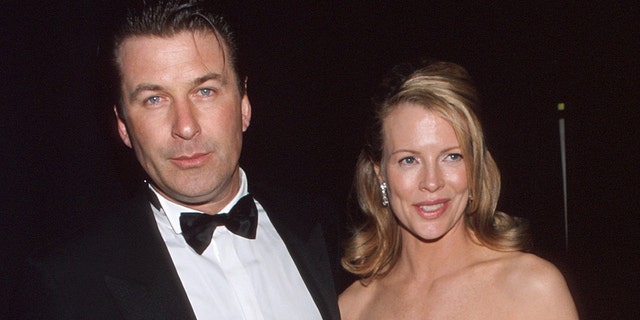 Alec Baldwin tussled with a photographer when he was married to Kim Basinger and they brought their daughter Ireland home.
(KMazur/WireImage)

“This decision distorts Halyna Hutchins’ tragic death and represents a terrible miscarriage of justice,” Baldwin’s attorney, Luke Nikas of Quinn Emanuel, told Fox News Digital following the news. “Mr. Baldwin had no reason to believe there was a live bullet in the gun — or anywhere on the movie set. He relied on the professionals with whom he worked, who assured him the gun did not have live rounds. We will fight these charges, and we will win.”

If Baldwin is convicted of involuntary manslaughter, he could be facing up to 18 months in jail. However, if he is convicted of that charge, plus a firearm enhancement, he could serve a mandatory sentence of five years, according to the district attorney’s statement.

Here’s a look at some of Baldwin’s appearances in the headlines over the years.

When Baldwin, now 64, and wife Kim Basinger brought their newborn daughter Ireland home in October 1995, he tussled with a paparazzo.

According to the Los Angeles Times, Baldwin struck the photographer, allegedly breaking his nose.

At the time, Baldwin was charged with one count of battery when photographer Alan Zanger filed a $1 million lawsuit. Ultimately, the actor was acquitted after a jury accepted that he acted in self-defense. 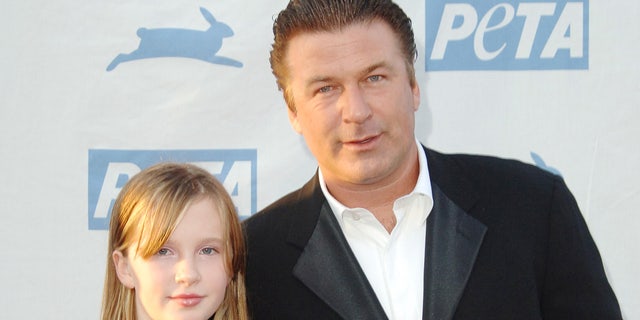 Alec Baldwin left a voicemail for his daughter Ireland in 2007, berating her for not answering their routine calls and calling her a "pig."
(Jon Kopaloff/FilmMagic)

An angry voicemail Baldwin left for his young daughter Ireland somehow got leaked online in 2007.

Ireland, then 11, apparently didn’t pick up Baldwin’s scheduled phone call, prompting the actor to call her a “rude, thoughtless little pig.” He said she needed her “a– straightened out” and that “she humiliated [him] for the last time,” according to People. The actor and his ex-wife were apparently in a nasty custody battle at the time.

“I’m sorry, as everyone who knows me is aware, for losing my temper with my child,” Baldwin said in a statement on his website, per the Daily Mail. “I have been driven to the edge by parental alienation for many years now. You have to go through this to understand. (Although I hope you never do.) I am sorry for what happened.”

In 2015, Ireland posted a photo on Instagram mocking the incident, which she said was turned into a “bigger deal than it was.” 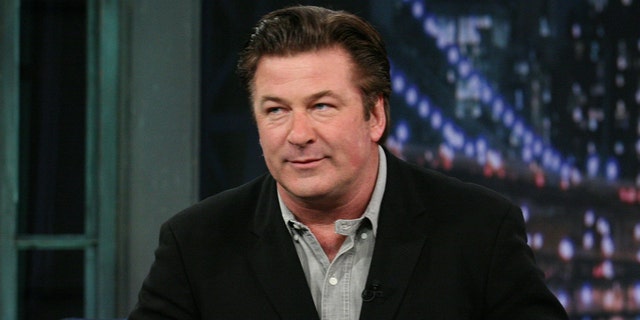 In 2011, Baldwin was kicked off an American Airlines flight because he refused to turn his phone off during the flight.
(Lloyd Bishop/NBCU Photo Bank/NBCUniversal via Getty Images via Getty Images)

For several years, the actor’s public image soared as he earned an Oscar nomination, reinvigorated his career with “30 Rock” and began dating Hilaria Hayward-Thomas, who eventually became his wife.

In December 2011, Baldwin attracted some negative attention when he was kicked off an American Airlines flight for refusing to turn off his phone while onboard.

On Twitter at the time, Baldwin wrote, “Flight attendant on American [Airlines] reamed me out 4 playing WORDS W FRIENDS while we sat at the gate, not moving.”

The Federal Aviation Administration said that an investigation into the incident was a possibility at the time.

Baldwin’s spokesman, Matthew Hiltzik, said in a statement to Fox News, “Alec was asked to leave the flight for playing Words with Friends while parked at the gate. He loves WWF so much that he was willing to leave a plane for it, but he has already boarded another AA flight.”

In the summer of 2012, New York Daily News photographer Marcus Santos alleged Baldwin punched him in the face outside the city Marriage License Bureau in New York. The actor was there to pick up his marriage license ahead of his wedding with Hilaria.

The outlet captured images of the actor shoving the photographer.

Just days later, Baldwin lost his temper with another photographer, grabbing him by the arm and telling him to “shut the f— up.” 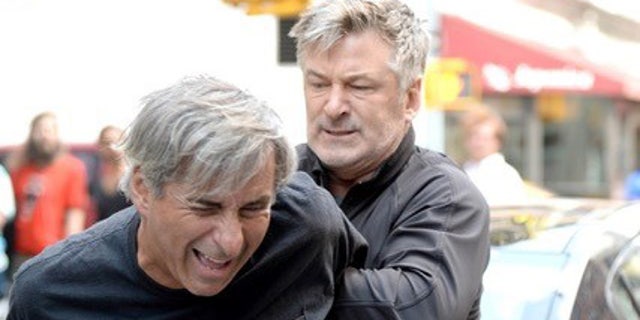 A little over a year later, Baldwin again confronted a paparazzo outdoors. It was reported at the time that sources alleged the photographer was the aggressor. However, the photog told a media outlet, “All I can say is I was doing my job, asking him normal questions, and he flipped. That’s all.”

Law enforcement was called to the incident, and both men admitted to pushing and shoving one another and agreed not to press charges.

Months later, in yet another confrontation with the paparazzi, Baldwin was alleged to have used a homophobic slur.

He claimed at the time he did not use a slur and was misheard but later admitted to using the harmful term and said on Twitter that he’d “retire” it from his vocabulary.

Not long after, his talk show “Up Late” was canceled. 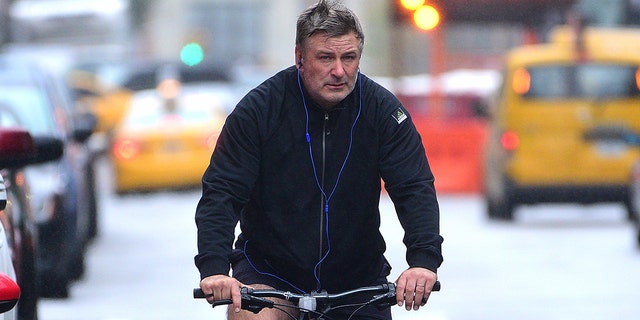 Baldwin was arrested in 2014 when he became "belligerent" with police trying to stop him from riding on the wrong side of the street.
(James Devaney/GC Images)

In 2014, Baldwin was arrested and placed in handcuffs after becoming “belligerent” with a police officer who stopped him for riding his bicycle in the wrong direction down Fifth Avenue. At the time, Baldwin didn’t have any identification on him.

A furious Baldwin later took to Twitter to denounce his arrest, posting the arresting officer’s name and badge number in the process. His rant continued with a declaration that New York officials are simply “desperate for revenue and anxious to criminalize behavior once thought benign.”

After the bicycle-related arrest, Baldwin told New York magazine he was ready to quit his public life and leave the city, an hour train ride from where he grew up on Long Island. He added, “New York has changed.”

“I think that the whole thing is more a reflection on him than on biking and the state of biking,” Caroline Samponaro, director of bicycle advocacy at Transportation Alternatives, told The New York Times of the incident in 2014. “He’s in the headlines a lot, and it’s usually something unpleasant.” 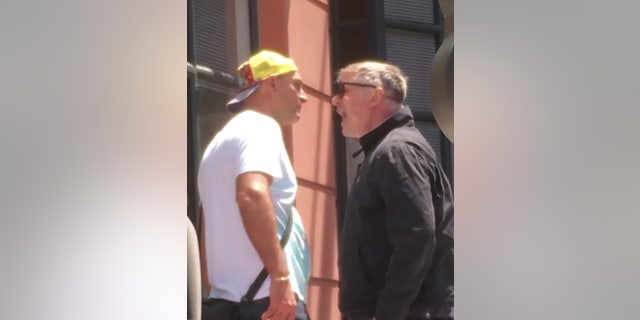 Baldwin yelled at a paparazzo in 2016, reportedly telling him to "shut up."
(Backgrid)

Once again, Baldwin did not hold back when he was upset by a photographer in Beverly Hills, California.

When angered by the paparazzo, Baldwin was pictured standing close to his face and yelling.

The actor reportedly could be heard saying, “You’re a piece of trash,” “Shut up” and “Stay away from my wife,” among other things 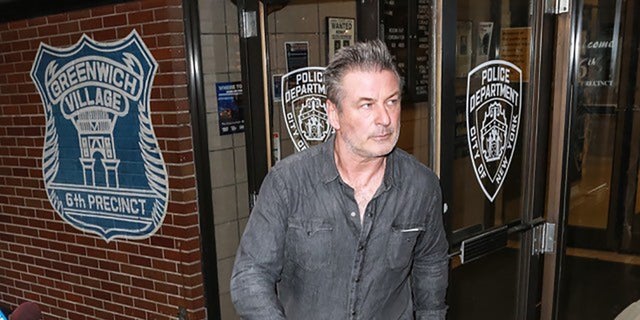 The actor allegedly punched a man in Manhattan Nov. 2, 2018, after getting into a heated argument over a parking space, Fox News confirmed.
(Backgrid)

The actor allegedly punched a man in Manhattan Nov. 2, 2018, after getting into a heated argument over a parking space.

Baldwin claimed he had a family member holding a parking spot when a man driving a station wagon pulled up and took it, police told The Associated Press. The men were arguing and pushing each other before Baldwin allegedly turned violent, officials added.

The alleged victim was treated for an injury to his left jaw and taken to a nearby hospital.

Baldwin pleaded guilty to a second-degree harassment violation and agreed to the district attorney’s recommendation that he attend a short anger-management program as part of his plea. He also had to pay a mandatory surcharge of $120. 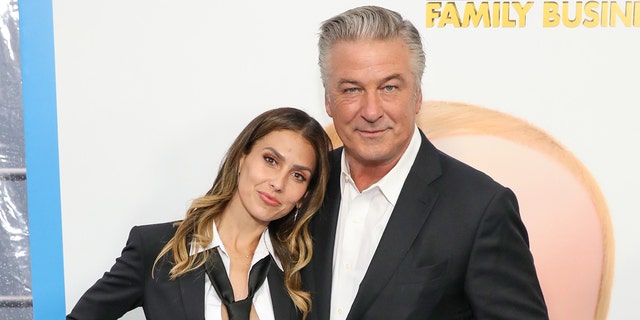 Baldwin got a lot of heat online when he went online to beg his followers to follow his wife on Instagram.
(Monica Schipper/Getty Images)

Baldwin caught a lot of flak online when he took to Instagram asking his followers to help him get his wife Hilaria to 1 million followers on the social media app for her birthday.

He posted four videos of himself leading up to the date, as well as on her birthday, asking his fans to follow her, explaining “social media is a big part of her platform in terms of her promotion of her work,” and that it would mean a lot to her to reach that milestone.

At one point, he even enlisted the help of his 9-year-old daughter Carmen, posting a video of her saying, “follow my mom on Instagram—please and thank you.”

People online didn’t think the gesture was as sweet as he did. Many called him out for “teaching (his) kids the wrong things are important.” One user wrote, “teaching your children their self worth is based on social media is disturbing.”

Social media users also called out Hilaria for wanting new followers, claiming she doesn’t engage with the followers she already has.

“What is the point if her comments are off so we can’t communicate/engage with her? I’ve replied to her stories and messaged her before but they’ve never even been read,” one commenter wrote.