At Last, Scientists Have Found the Pink Iguana Babies 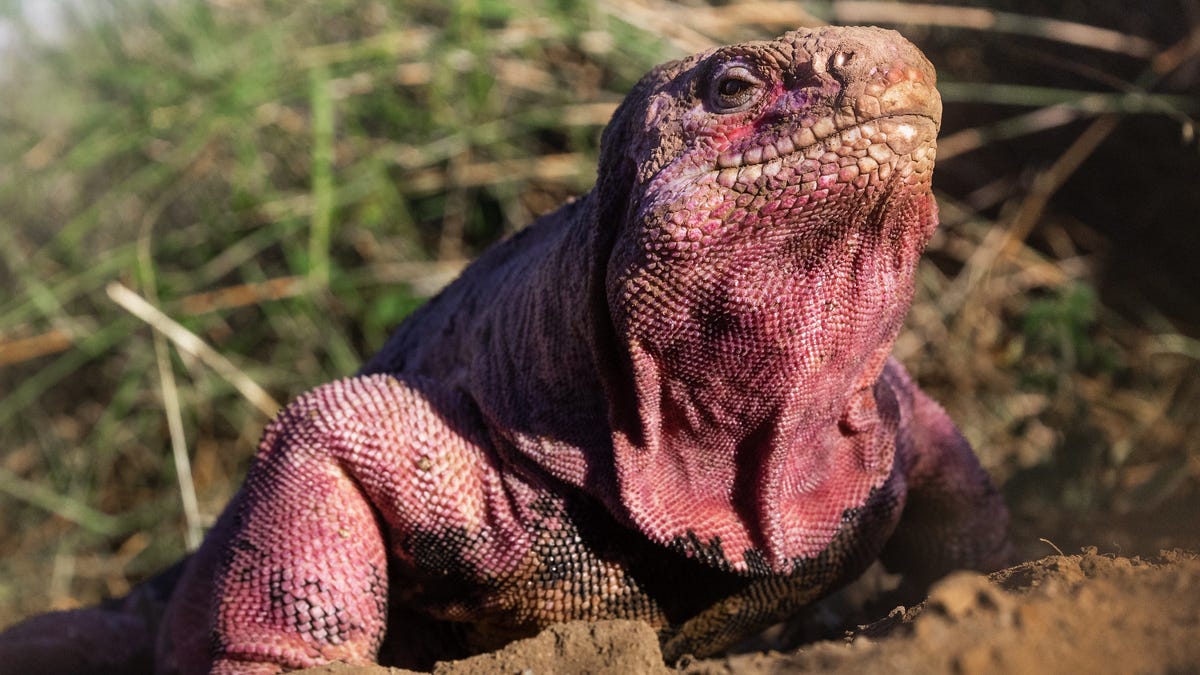 A pink iguana stands on the side of Wolf Volcano.
Joshua Vela/Galápagos Conservatory

There are three things you need to know about the iguana species Conolophus marthae.

First, the color of its skin resembles a box of grapefruit LaCroix. Second, it hangs out on the side of a volcano in the Galápagos Islands. And third, these rosy reptiles — discovered in 1986 and classified in 2009 — have been labeled as being on the brink of extinction. Yet efforts to keep them protected have been quite complicated.

The pink iguana clan is very mysterious, to say the least.

Despite decades of searching, no one had been able to figure out where they nest. In fact, no one had ever even laid eyes on a baby one at all; we’d only had confirmation of between 200 to 300 adults. But those two elements — nesting habits and babies — are precisely what scientists need to know about to help endangered animals, because to conserve a species is to safeguard its breeding ground.

Which brings us to the present.

On Monday, the Galápagos Conservancy said that, at last, we’ve set eyes on Pepto-Bismol iguana babies.

“Joint expeditions by the Galápagos National Park Directorate, or GNPD, and Galápagos Conservancy as part of ‘Iniciativa Galápagos’ have described the first-ever nesting area of the pink iguana and, nearby, photographed the first pink iguana hatchlings ever observed,” the organization said in a statement. 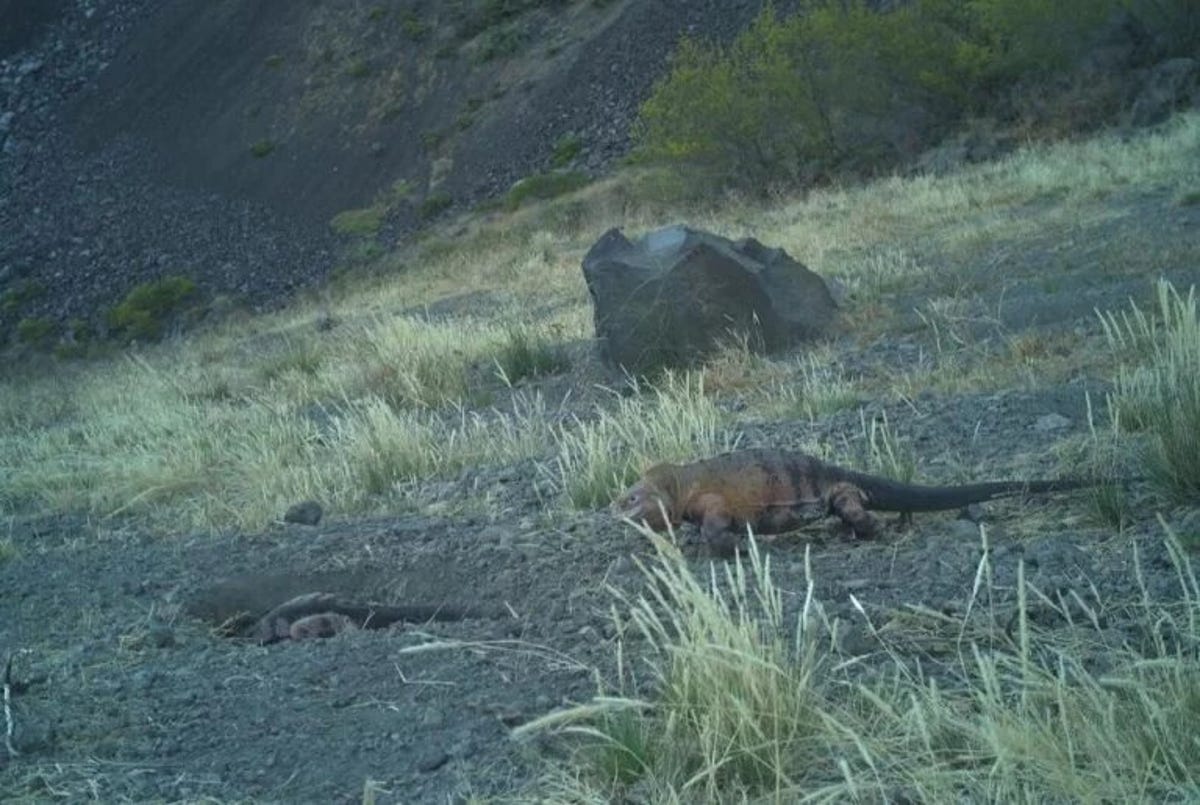 Photo of the first documented nesting site of pink iguanas.

Though oddly enough, the adorable little lizards don’t seem to have their iconic hue yet, which surprisingly doesn’t come from pink pigment but rather the lack of pigment. That coral body you see? Yeah, you’re looking at the tone of their flesh. But these baby ones still look like stripey, neon bonsai dinosaurs playing hide-and-seek in a bush.

Baby (soon to be literally) pink iguana. This is one of the first-ever photos of such a sweet little animal.

More baby iguana pics for you.

It feels like a pretty huge moment for nature conservation — even the headline of the conservancy’s press release relays, in bold letters, “Major Discovery Gives Hope for Saving the Critically Endangered Pink Iguana.”

Remember how these critters exclusively hold real estate on the side of a literal volcano? Well, it’s called the Wolf Volcano, and it last erupted in January.

The team had to hike along its crevices for two days in search of the last surviving population of pink iguanas. So when these elusive animals were finally located, the expeditioners also made sure to set up a bunch of hidden trail cameras around the area to catch what these guys and gals are up to.

The results were, unfortunately, as upsetting as you can imagine.

“Of great concern is the documented predation of young iguanas whereby non-native feral cats are congregating at iguana nest sites and killing hatchlings at their most vulnerable moment,” the press release says. “Having spent days digging out from their underground nests, the young iguanas emerge and are easy prey for the cats.” 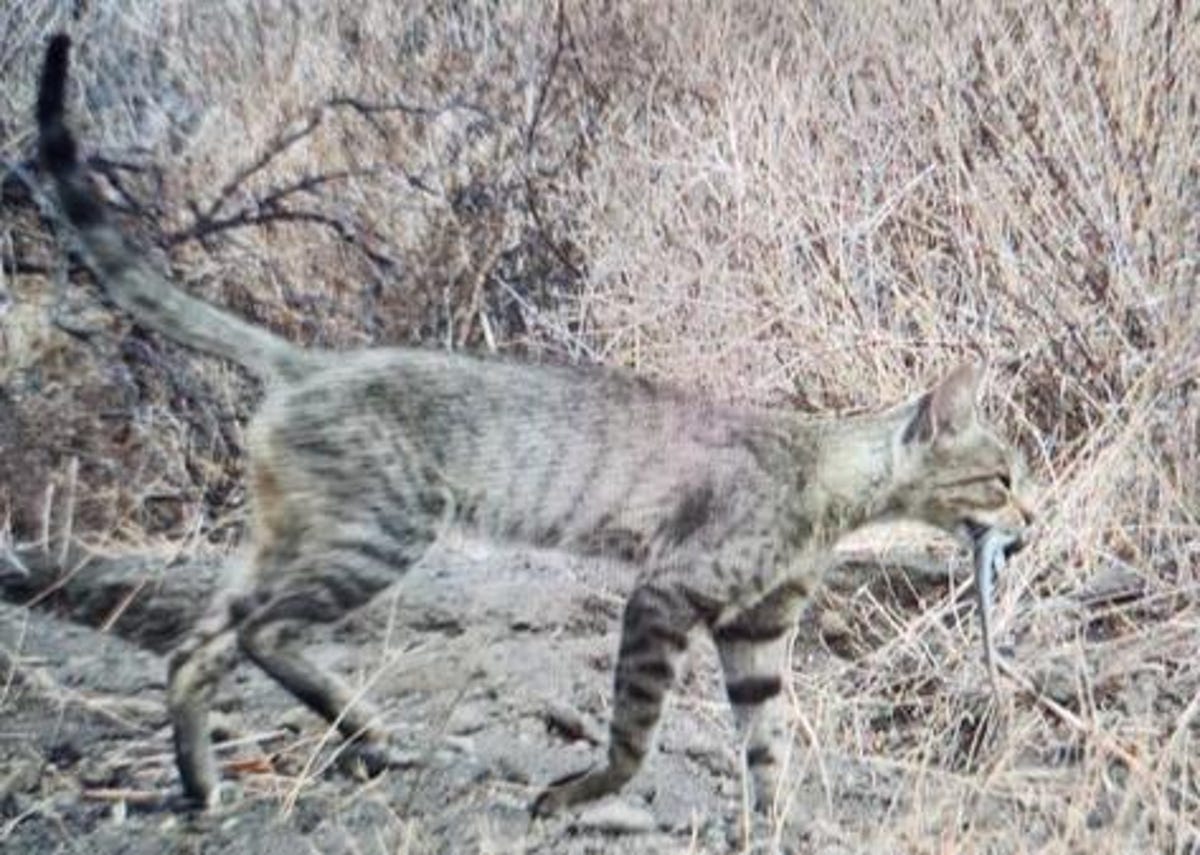 It goes on to suggest that this kind of cat predation has prevented juvenile recruitment of pink iguanas into the adult population for more than a decade — perhaps explaining why scientists have been having such a hard time tracking a few of these sunset-hued adolescents. It’s especially sad to realize that these reptiles look deceptively menacing. In reality, they’re primarily herbivores and their favorite foods are prickly pear leaves and fruit.

Nonetheless, it’s a great step forward that we now know where to focus efforts to protect the carnation-pink-crayon-colored reptile’s nesting sites.

Further, the Galápagos Conservancy says it’s provided funding to the GNPD to set up a permanent field station, with a 360-degree view of the volcano, to help prevent poaching and wildlife trafficking.