Anne Heche’s oldest son is opening up about the decision to publish his late mother’s memoir.

Shortly before her sudden death, the actress was working on a book titled “Call Me Anne,” a follow-up to 2001’s “Call Me Crazy.”

The Emmy-winning star died of injuries from a fiery car crash in August. She was 53. Heche had been on life support at a Los Angeles burn center after suffering a “severe anoxic brain injury,” caused by a lack of oxygen.

Laffoon, 20, was named general administrator of Heche’s estate in November following a months-long legal battle with her ex, James Tupper. On Thursday, Laffoon took to his mother’s Instagram to announce that her memoir will be released this month. The book has a publication date of Jan. 24.

“Hi Everybody, Homer here,” he began the post which included a cover of the book. “Never imagined I’d find myself responsible for mom’s IG account, but here we are. First things first, from August to now, the amount of love, care and support shown by those on social media and IRL has been overwhelming and blessedly received – thank you. One day at a time is working for me as I’m sure the healing journey will be a long one. Your good thoughts and well wishes will continue to comfort me on my path.”

“But this is my mom’s account so enough about me,” he shared. “I have a responsibility to share with her community what she was working on and how excited she would have been to tell you herself.  My mom had a completed manuscript for a second book at the time of her passing. The book is the product of mom’s further efforts to share her story and to help others where she could.”

“Call Me Anne is the result and I know she was excited to share with the world,” Laffoon continued. “So, mom, here I am sharing it with the community you created, may it flourish and take on a life of its own, as you would have wanted. For those in Los Angeles, there will be a special event at the Barnes & Noble at The Grove. I know mom would want to see everyone’s smiling face as she read an excerpt and signed copies.” 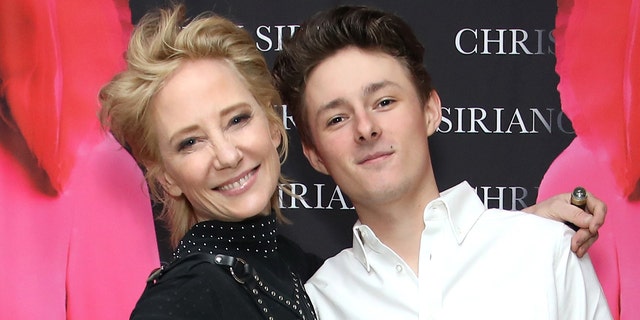 “I don’t plan on using this platform too often but know she loved her fans, loved writing (she wrote endlessly) and it would not feel right not to reach out at a time like this,” he wrote. “As mom liked to sign off, Peace and love, Homer.”

The book’s publisher, Jarred Weisfeld, told The Associated Press that he had signed a deal with Heche in May and that she had turned in a manuscript shortly before her death. In the book, she also wrote about having Harrison Ford as a mentor and shared stories about Alec Baldwin, Ivan Reitman and Oliver Stone, among others.

In the memoir, Heche shared candid thoughts on her relationship with Ellen DeGeneres in the late 1990s, when they were among Hollywood’s first openly gay couples. In her lifetime, Heche said that Hollywood effectively blacklisted her because of her being with DeGeneres, who around the same time made television history by having her character in the sitcom “Ellen” come out as gay. 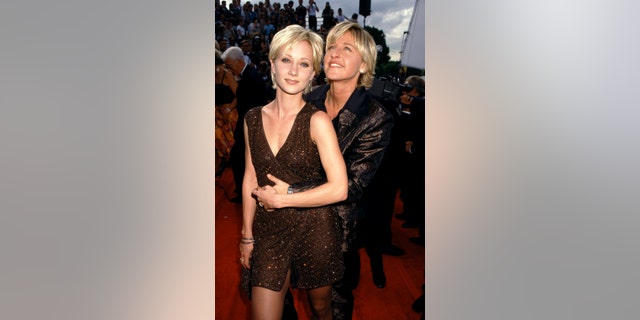 “I did not, personally, identify as a lesbian,” Heche wrote. “I simply fell in love! It was, to be clear, as odd to me as anyone else. There were no words to describe how I felt. Gay didn’t feel right, and neither did straight. Alien might be the best fit, I sometimes thought. What, why, and how I fell in love with a person instead of their gender, I would have loved to have answered if anyone had asked, but as I said earlier, no one ever did. I am happy that I was able to tell you in this book — once and for all.”

Heche met DeGeneres at the 1997 Vanity Fair Oscar party. They fell in love and began a three-year relationship that made them one of Hollywood’s first openly gay couples. But Heche later said her career was damaged by an industry that was wary of casting her in leading roles. She would remember advisers opposing her decision to have DeGeneres accompany her to the premiere of “Volcano.”

After she and DeGeneres parted, Heche had a public breakdown and would speak candidly of her mental health struggles. During a 2001 interview with Barbara Walters, Heche recounted in painful detail alleged sexual abuse by her father, Donald Heche, who professed to be devoutly religious and died in 1983 from complications of AIDS. Heche described her suffering as so extreme that she developed a separate personality and imagined herself descended from another planet. 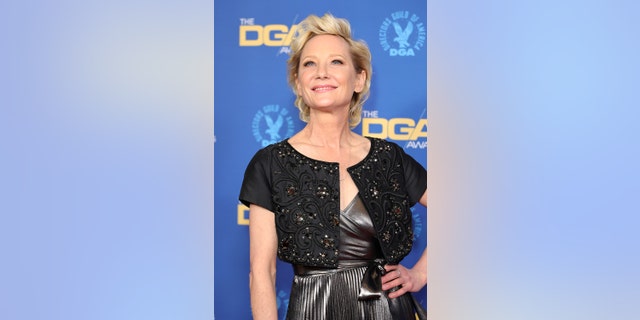 In the final days of his life, Heche said, she learned he was secretly gay and, she believed that his inability to live honestly fueled his anger and hurtful behavior. Not long after her father died, her brother Nathan — one of her four siblings — was killed in a car crash.

“I’m not crazy. But it’s a crazy life. I was raised in a crazy family, and it took 31 years to get the crazy out of me,” Heche told Walters.

Heche worked consistently in smaller films and on Broadway and TV shows in the past two decades. She is survived by two sons.