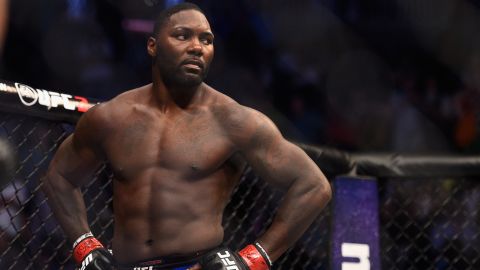 Johnson fought in the UFC for a decade.

American MMA lightweight fighter Anthony ‘Rumble’ Johnson has died at the age of 38 from an undisclosed illness, according to Bellator MMA.

“It is with great sadness we acknowledge the passing of Anthony ‘Rumble’ Johnson, Bellator MMA announced on social media on Sunday.

“The BELLATOR family is devastated by his untimely passing and we send our condolences to his family and friends during this difficult time.”

Johnson joined the UFC in 2007 and was ranked as the number one light heavyweight contender in 2014 before retiring in 2017.

After four years away from mixed martial arts, Johnson came out retirement and joined Bellator MMA in 2021.

In his final fight, Johnson defeated José Augusto by knockout to improve to 23-6 in his career.

“For a guy who struck fear into so many peoples heart Anthony Johnson was a caring person. From random text to check ins during loss. What a person he was, Rumble will be missed. Sometimes life doesn’t seem fair. Horrible news,” Cormier added.