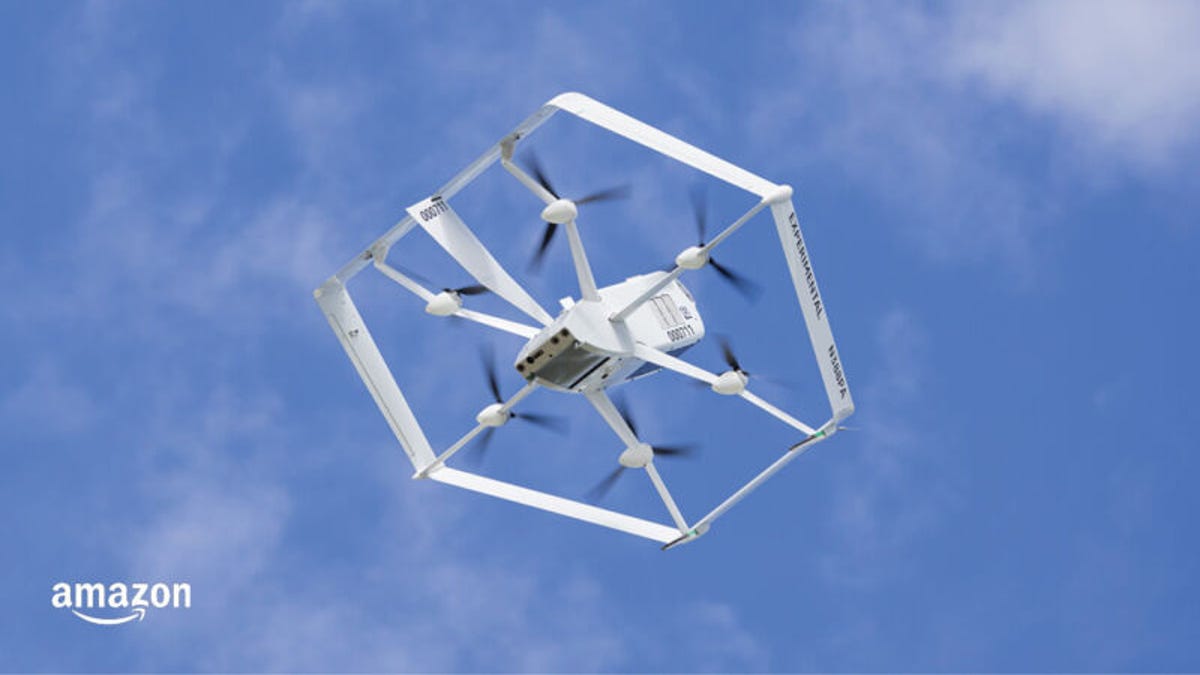 Amazon began using drones to deliver small packages to homes in College Station, Texas, and Lockeford, California, last month, according to a report from Ars Technica last week. The retail giant had pointed ahead to the launch of its new delivery method back in June. Amazon hopes to expand Prime Air to more locations in the future.

Amazon says the Prime Air drones can safely fly packages weighing up to 5 pounds. The flying bots arrive at a customer’s backyard, descend and hover at a safe height, then lower the package. Residents in the two towns can sign up with Amazon for the new delivery service.

Prime Air uses MK27-2 drones that have six propellers and can move through the air with minimum noise. Installed algorithms are supposed to keep the drones from hitting obstacles such as power lines and chimneys.

Customers in the two towns can expect more deliveries from Amazon, which is looking to have deliveries take less than 60 minutes in the future.

Amazon didn’t immediately respond to a request for comment.