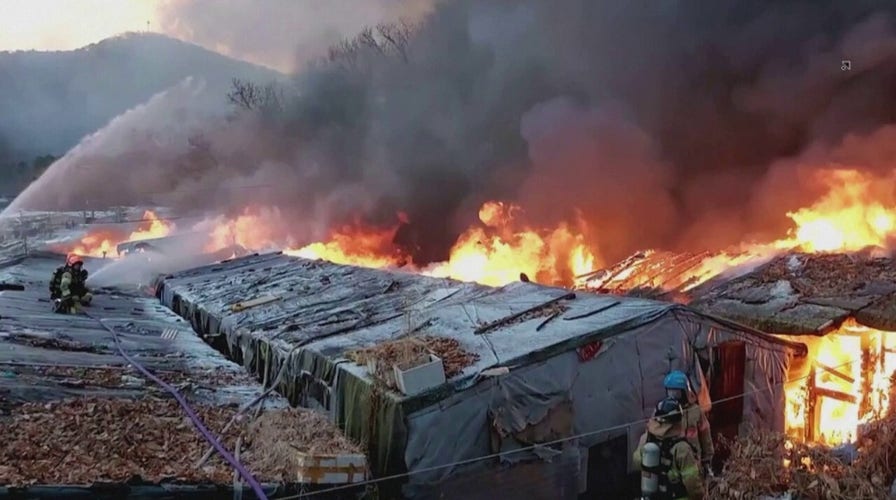 A fire ripped through a shanty town in Seoul, South Korea, Friday, near the ritzy Gangnam district. (Reuters)

Roughly 500 people were evacuated from their makeshift homes in an area known as Guryong Village in South Korea’s capital city Friday after a fire broke out, destroying some 60 homes.

The village, densely packed with homes erected out of cardboard and wood, sits in the shadow of one of the wealthiest areas in Seoul known as the Gangnam district.

Some 800 firefighters, police officers and emergency services worked to evacuate people and fought the blaze that raged for five hours. 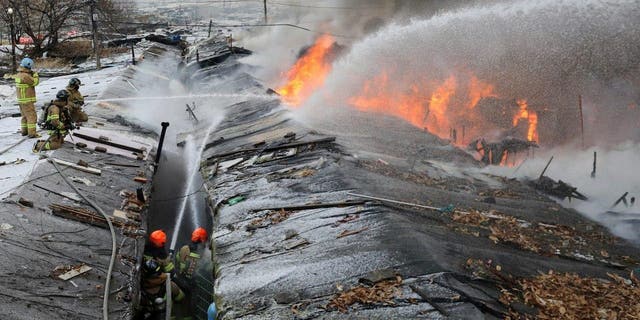 Firefighters battle a fire at Guryong village in Seoul, South Korea, Friday, Jan. 20, 2023. About 500 South Koreans were forced to flee their homes after a fire spread through a low-income neighborhood in southern Seoul on Friday morning and destroyed dozens of homes.
(Baek Dong-hyun/Newsis via AP)

No casualties have been reported.

The village has become a symbol of inequality in the fourth wealthiest Asian economy, which houses 1,000 low-income individuals.

Images showed firefighters working to the staunch the blaze amid thick white smoke as helicopters showered water from above.

It is unclear how the fire started, though one community leader Lee Woon-cheol told a local news outlet that the poor living conditions lead to safety hazards. 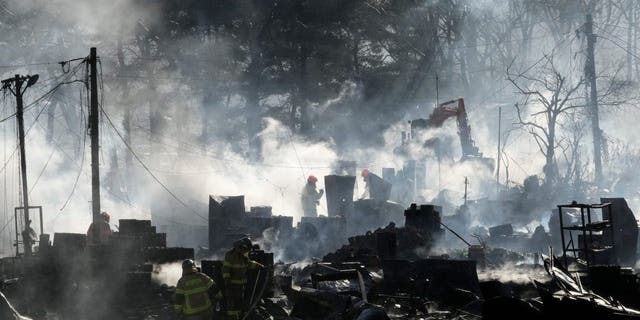 “This is where a lot of accidents happen because of electrical short circuits,” Lee told the YTN media outlet.

Some of the 60 homes that burned down had been unoccupied and the 45 residents who lost their homes will be temporarily put up in a hotel, though it is unclear for how long.

Still reeling from the October disaster that saw 160 people killed in a crowd surge, South Korean President Yoon Suk Yeol directed authorities to respond immediately to minimize the destruction from the fire and the threat of casualties, his spokeswoman Kim Eun-hye said. 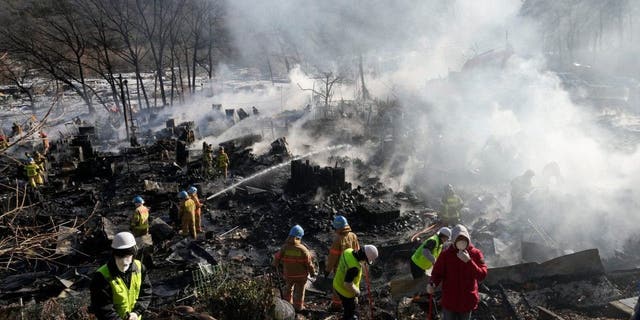 Firefighters and rescue workers clean up the site of a fire at Guryong village in Seoul, South Korea, Friday, Jan. 20, 2023. A fire spread through a neighborhood of densely packed, makeshift homes in South Korea’s capital Friday morning.
(AP Photo/Ahn Young-joon)

The Guryong Village has long been an area prone to health and safety issues due to its defense living conditions and narrow alleyways, and authorities in 2014 attempted to construct a plan to relocate and redevelop the area.

But disagreements between landowners, residents and authorities have prevented the plan from moving forward, reported Reuters.