Todd Chrisley revealed he will do one last interview before he begins his prison sentence on Jan. 17.

Chrisley shared on the “Chrisley Confessions” podcast that his one and only interview will be with his son, Chase Chrisley, 26.

“You are going to be doing this interview with me next week,” he told Chase on a recent episode of the podcast. “Nothing is off-limits. It’s a no holds bar interview.”

The interview will be released next week.

‘CHRISLEY KNOWS BEST’ STARS JULIE AND TODD CHRISLEY: WHAT TO KNOW ABOUT THE REALITY TV COUPLE AND THEIR FAMILY 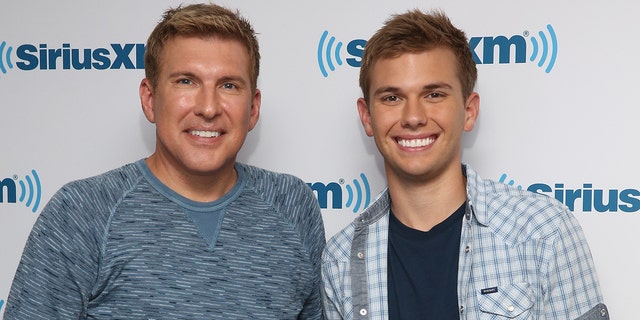 Todd Chrisley revealed he will do one interview before beginning his prison sentence with son Chase Chrisley.
(Photo by Robin Marchant)

“I am looking forward to that interview, not because it’s going to be a softball interview,” Todd said. “You have said, ‘Am I allowed to ask all of the hard questions?’ And I said, ‘You can ask me anything. I am your daddy.’”

THE CHRISLEYS RESPOND AFTER BEING ‘UNFAIRLY TARGETED’ IN TAX EVASION CASE

The “Chrisley Knows Best” star shared that he will be accepting questions from listeners during the interview episode.

“Other people that want to interview [me] might say, ‘I know this is probably an uncomfortable question’ — no, we’re good with the truth,” he said. “The truth is not uncomfortable for us.” 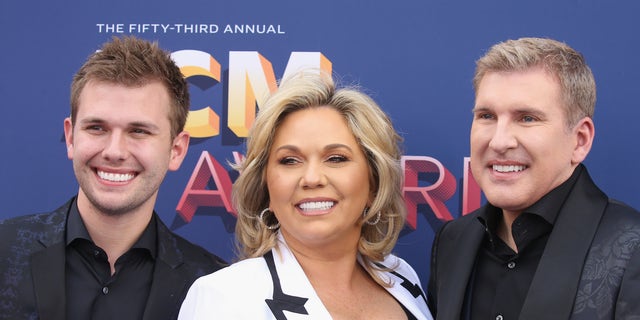 Chase Chrisley, 26, is the son of Julie and Todd Chrisley.
(Photo by Michael Tran)

Todd and his wife, Julie Chrisley, were sentenced to a combined 19 years in prison on Nov. 21 after being convicted of bank fraud and tax evasion in June.

Todd and Julie were sentenced to 12 and 7 years in prison, respectively, and will both spend 16 months on probation after their release. Todd will serve his sentence at Federal Prison Camp Pensacola and Julie will be held at Federal Correctional Institution Marianna, roughly two and a half hours away.

During an episode of their podcast, “Chrisley Confessions” — that was recorded ahead of their sentencing and aired in November – Julie spoke out about their situation. 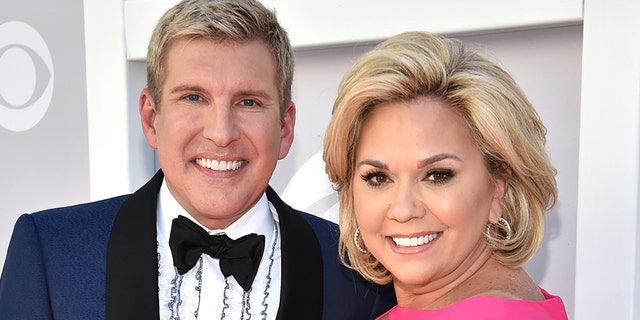 Todd and Julie Chrisley were sentenced to 12 and 7 years in prison. Both will spend 16 months on probation following their release.
(Kevin Mazur/ACMA2017/Getty Images for ACM)

“I know in my heart that I am a Christian, I believe God, I believe that God can work miracles, I believe that He will take care of my family, that if I died today, I know where I’m going. But I still have this fear,” Julie told her fans.

“Everyone knows that we’re living through a nightmare… I have been focused on not living in fear.”

After their sentencing, the couple’s attorney told Fox News Digital it “was a difficult day for the Chrisley family. But Todd and Julie are people of faith, and that faith gives them strength as they appeal their convictions. Their trial was marred by serious and repeated errors, including the government lying to jurors about what taxes the couple paid. Based on these issues, we are optimistic about the road ahead.” 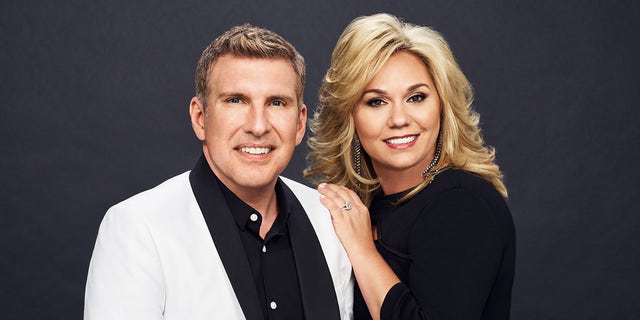 The "Chrisley Knows Best" stars were found guilty on all counts of tax evasion and bank fraud stemming from a 2019 indictment.
(Tommy Garcia)

Todd and Julie Chrisley rose to fame while starring in a handful of reality TV shows. “Chrisley Knows Best” followed the family’s endeavors beginning in 2014. The show has run for nine seasons, with the 10th, filmed before the federal crimes trial, airing in 2023.