This Fascinating Wireless TV Sucks, But in a Good Way 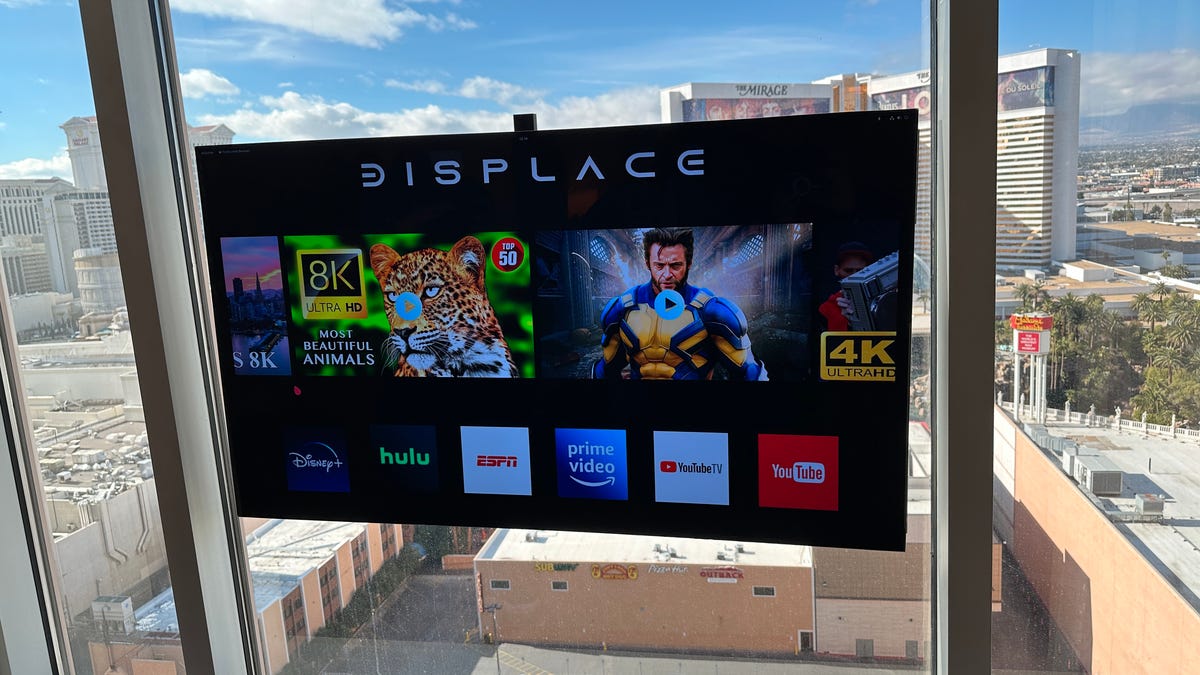 Wireless TVs dominated CES, with some giant options truly making an impression. But one TV stood out above the rest — by sticking to walls like Spider-Man. Created as a startup project, Displace TV has a 55-inch OLED screen that fastens to your wall or window entirely using suction cups the size of your forearm.

You don’t power up the Displace TV the usual way, either, by plugging it into the wall. Instead, trading out hot-swappable batteries keeps the picture going for hours.

(For more, these are the must-see highlights of CES so far, and don’t miss the wackiest products at CES 2023.)

Aside from the screen, the system includes a box roughly the size of a PC tower, into which you plug your devices. The signal travels wirelessly from the box to the television. In fact, you can use it with multiple TVs simultaneously to create a multiscreen system — or even one giant TV. 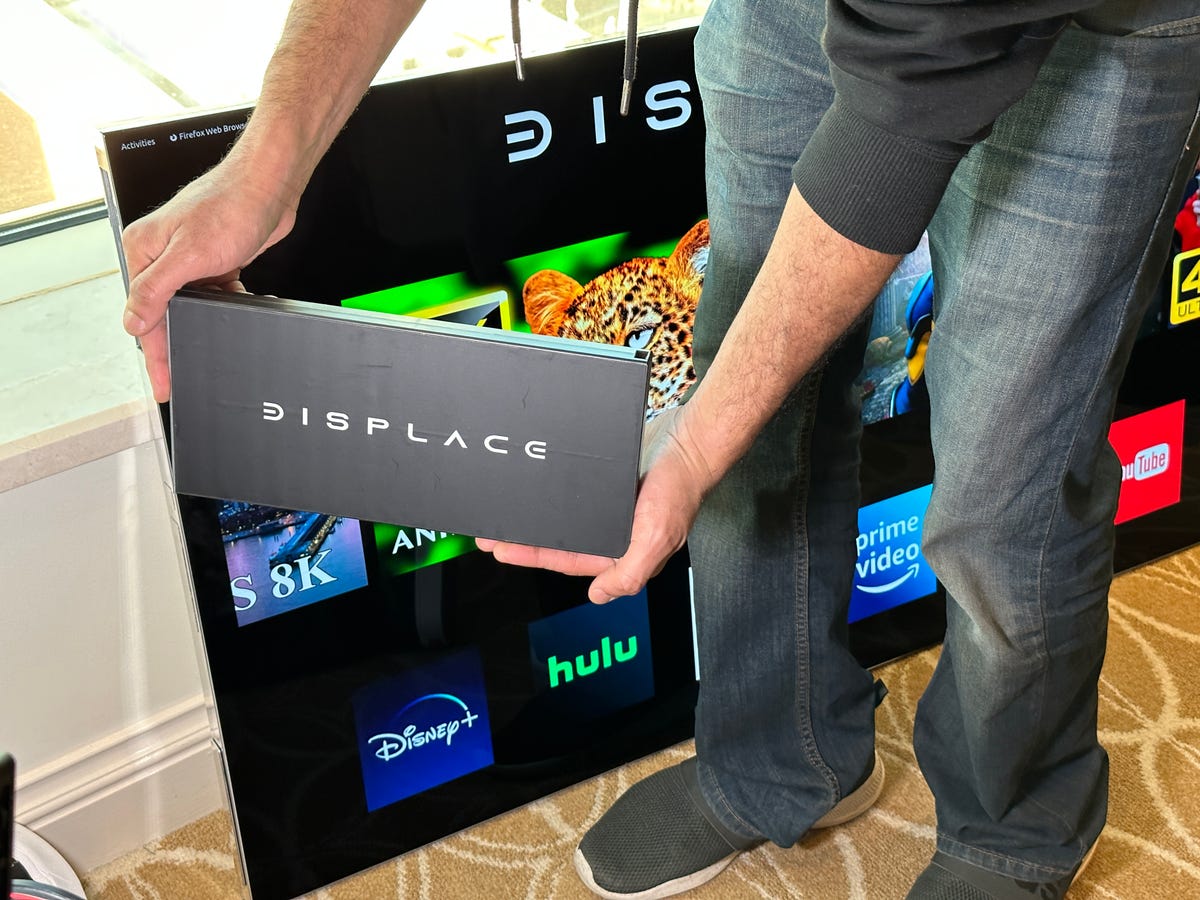 One of the Displace TV’s hot-swappable batteries.

Another novel detail? Displace TV doesn’t come with a remote. Instead you’ll use gestures to control the smart TV streaming and other systems. There’s also an app so you can use your phone to control the TV. 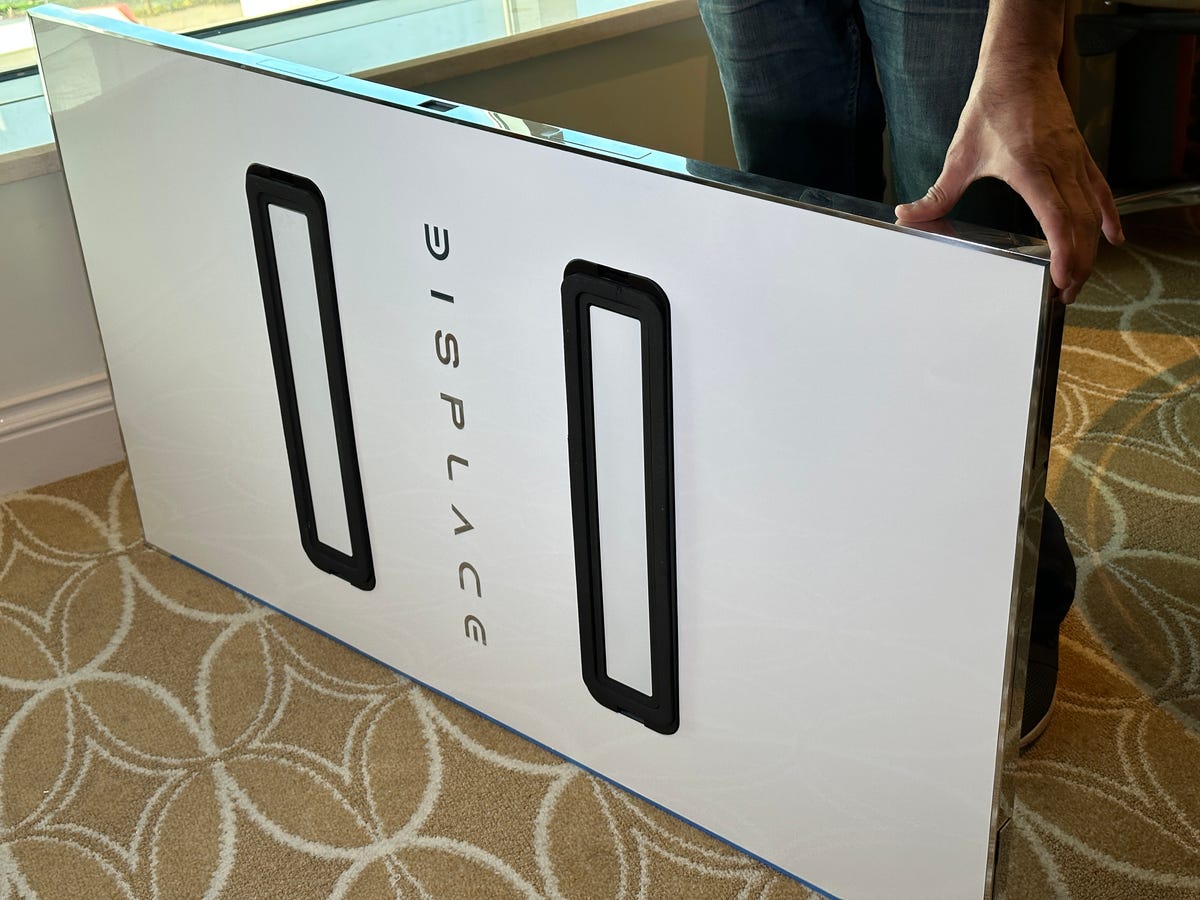 Displace TV is not cheap. A system with one screen and the box costs $3,000, while a setup with four screens and a single box runs $9,000. A typical, wired 55-inch OLED TV like the LG C2 costs about half as much as the basic Displace TV. It’s also notable that LG itself introduced a wireless OLED TV of its own, albeit a much more traditional one.