These Solar Windows Are an Invisible Alternative to Solar Panels

For decades, generating solar power has meant installing big, black solar panels on your roof. But what if you could generate electricity by harnessing invisible light that passes through your windows?

That’s the promise of solar windows — a cutting-edge technology that could change the way we build sustainable infrastructure and generate power in the future.

The technology was created by researchers at MIT who spun the development out into a company, Ubiquitous Energy, and a solar window product called UE Power. Ubiquitous Energy says its completely see-through solar window panels are “the world’s first aesthetically acceptable, electricity-generating alternative to traditional windows.”

Traditional solar panels are designed to capture every single photon of sunlight that lands on their surface. But UE Power lets visible photons pass through the glass, while capturing invisible light — specifically ultraviolet and infrared waves. That invisible light is then converted into electricity, which is directed through a tiny wire that comes out of the window and connects to the building’s wiring, just like a standard solar system. The result is a piece of glass that looks like a regular window, but one that can generate power. 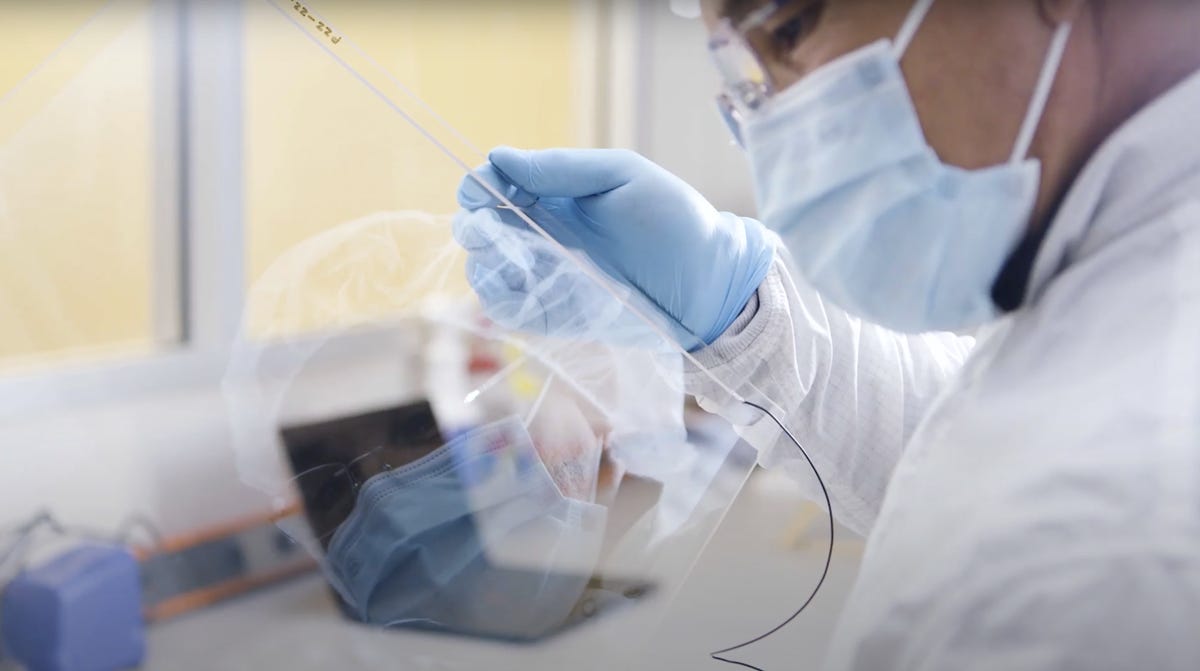 Ubiquitous Energy’s solar window technology, known as UE Power, captures infrared and ultraviolet light, while letting visible light pass through to the other side.

“The magic of transparent solar is that we can embed solar technology into a product that already exists, because you don’t have to see it,” said Susan Stone, CEO of Ubiquitous Energy. “It’s just any other solar system, but it happens to be vertical instead of horizontal.”

The company has rolled out UE power in 12 pilot installations, including at Michigan State University and its own headquarters in Redwood, California.

The panels are small now — roughly 14 by 20 inches — but the company is working on plans to build its own production facility to manufacture floor-to-ceiling solar glass panels for commercial applications. Stone says these commercial panels would cost 30% to 40% more than traditional “passive” glass.

Though you can’t buy solar windows for your house just yet, the company has partnered with glass manufacturer Andersen Windows to sell the panels for residential homes. 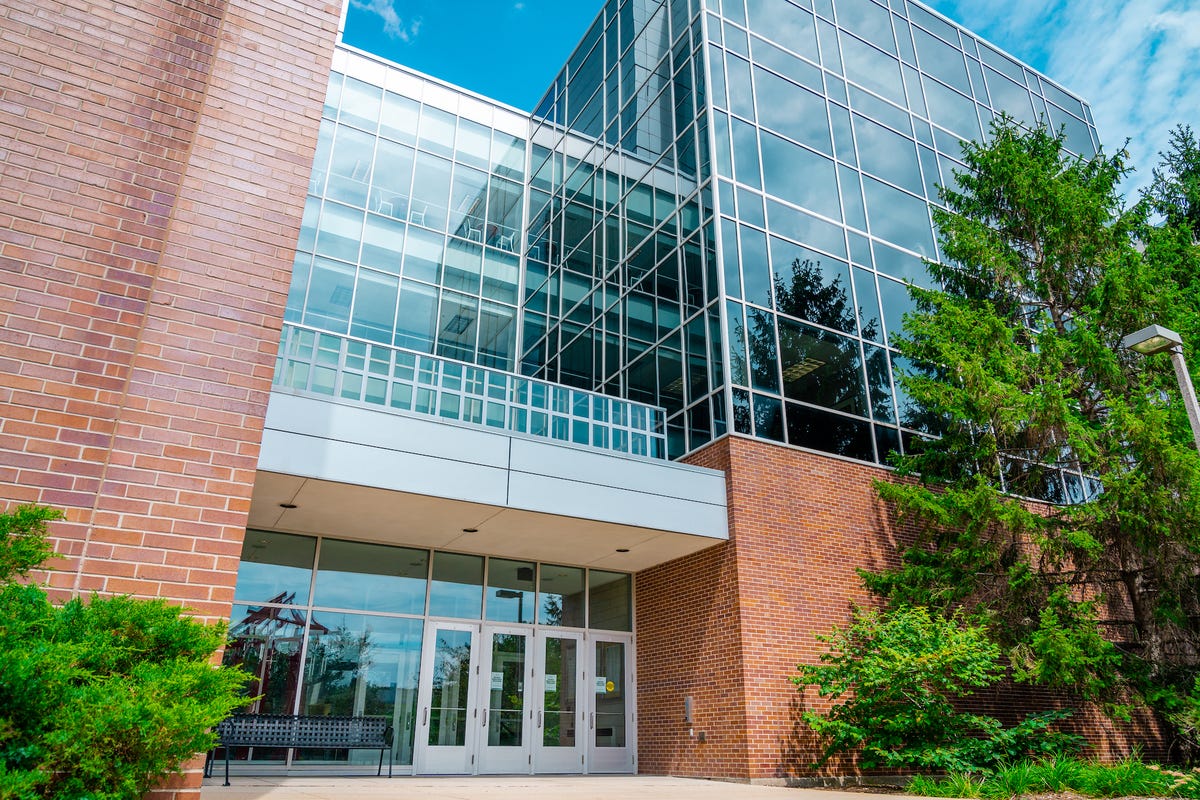 Ubiquitous Energy has a number of pilot installations around the world, including at Michigan State University (the small, square panels are shown here at the front of the balcony).

Capturing only some of the light emitted by the sun does mean these panels are less effective than traditional solar panels. Stone says their tech is roughly 20 percent the efficiency of best-in-class solar panels. But unlike those panels, which need to be installed in specific ways, Ubiquitous Energy says its product can go anywhere you’d put regular glass.

In the short term, that means houses and office buildings that could generate their own power and reduce reliance on the grid. In the future, Stone says, the technology could be used to create smart windows that power their own sensors.

“They can allow for a single family home, for example, to react to its environment,” she said. “Sensors that tell you, ‘It’s raining Close the window’ or, ‘It’s hot inside, it’s cool outside, open the window for some mechanized venting.”

For the future, Ubiquitous is also eyeing applications beyond houses and commercial buildings.

“One of my favorite places I want to put solar is on my cellphone battery,” said Stone. “It would be amazing if all those parked cars sitting in parking lots are producing electricity.

“Where would you put solar if you didn’t have to see it?”

To learn more about solar windows, check out this week’s episode of What the Future, embedded at the top of this article.