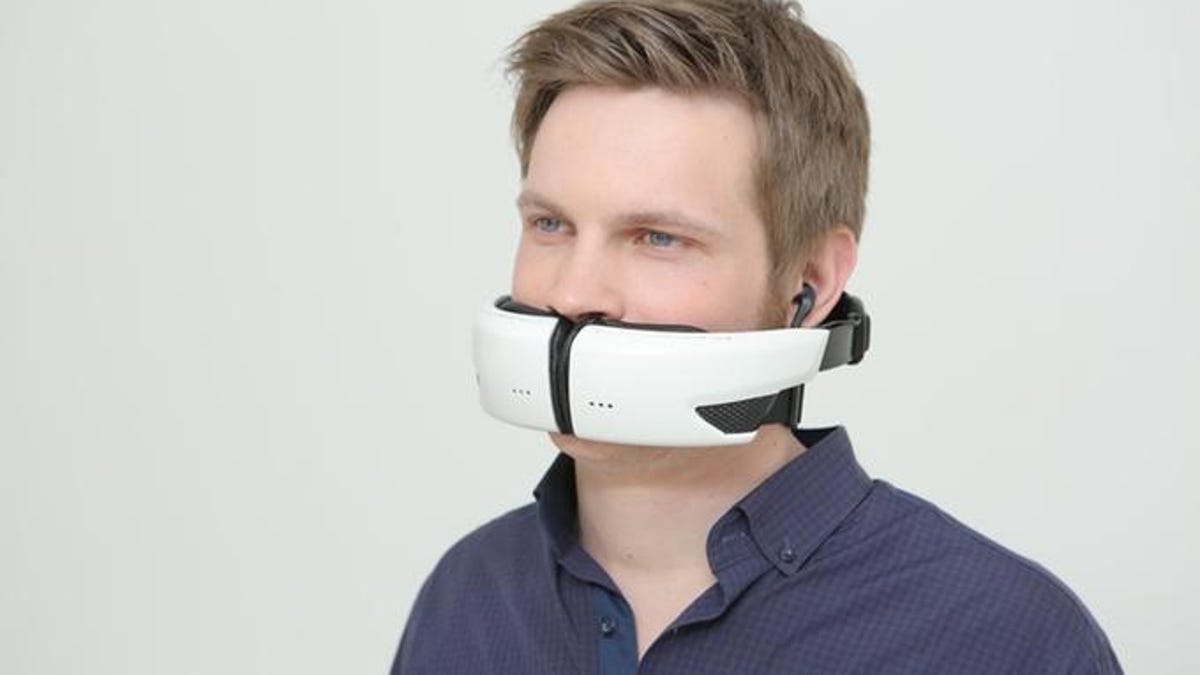 The Hushme was a “voice mask” intended to let you make phone calls without bothering anyone.
Hushme

CES 2023 is over, and together we’ve seen our share of both weird and wonderful devices at this year’s show, but… mostly weird.

Flying cars and obscure robots are so old hat now, and so I wondered if CES could do anything less practical and even more completely bonkers. Turns out it can! Over the past 20-plus years, I’ve seen gadgets so stupefying that sometimes they exist purely because journalists like me will write about them. But it’s time to call out the really awful ones, the worst of the worst. Vacuum shoes, toilet paper robots, MP3 weapon holsters, it’s your time to shine!

The most interesting part about this rogues gallery is that some of these products — the Pepe pet dryer, the HapiFork and the Hushme, to name a few — are still being sold today. That’s right: You blew it up, you maniacs! 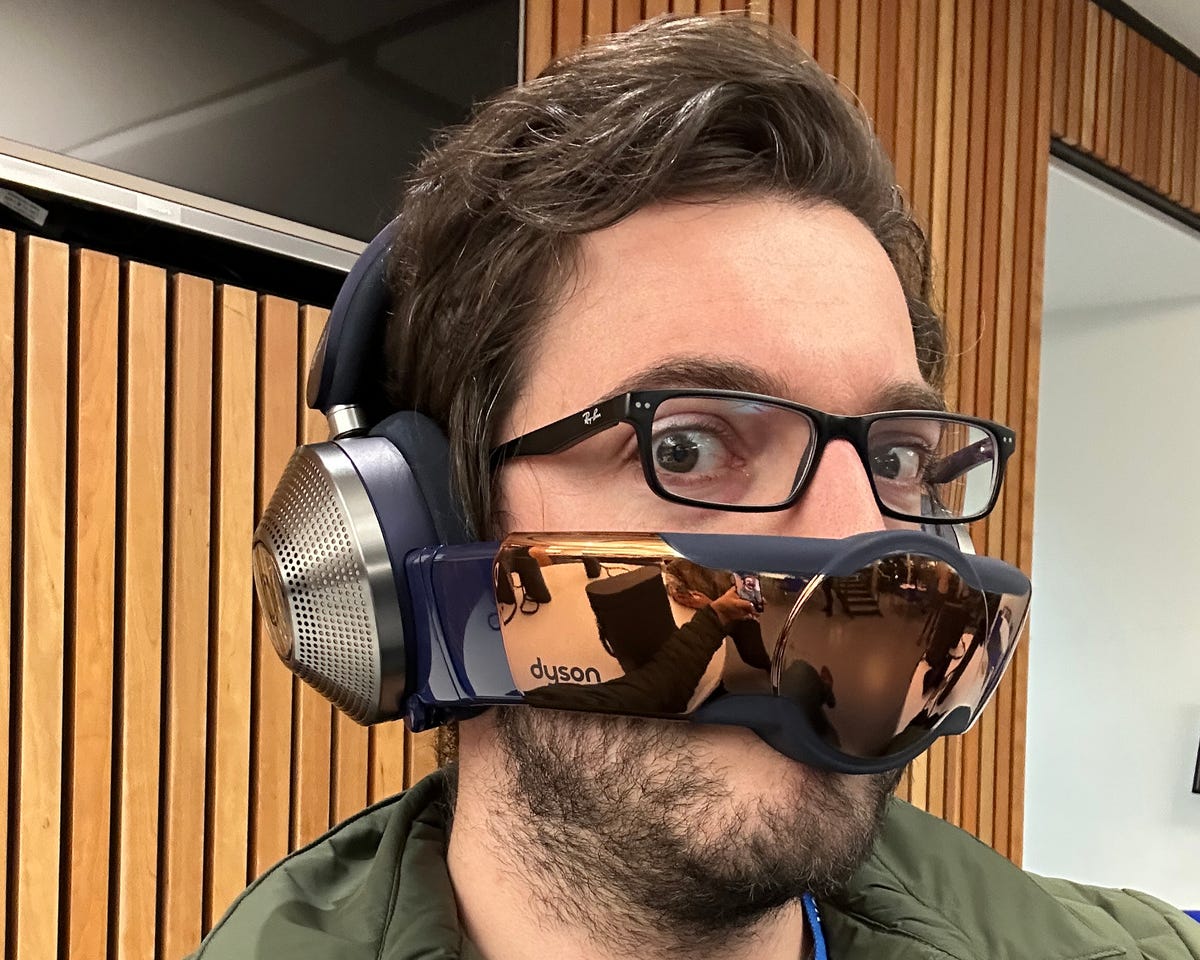 Not technically a CES product, as this was announced during 2022, but Dyson was demonstrating the Zone headphones in Las Vegas during CES 2023. Though the Zone looks like it should be a COVID mask, that’s unfortunately not what it does. According to the Dyson site, development on the Zone began way back in 2016 as a personal air filter — for pollution, mainly — and as such, it was never designed to protect against COVID. Furthermore, one critic has claimed the gadget’s force-driven fans could even help maximize your chances of catching coronavirus. CNET’s Katie Collins, who tried it out at Dyson’s HQ in the UK, thought it was “too brilliant and bizarre to ignore.” 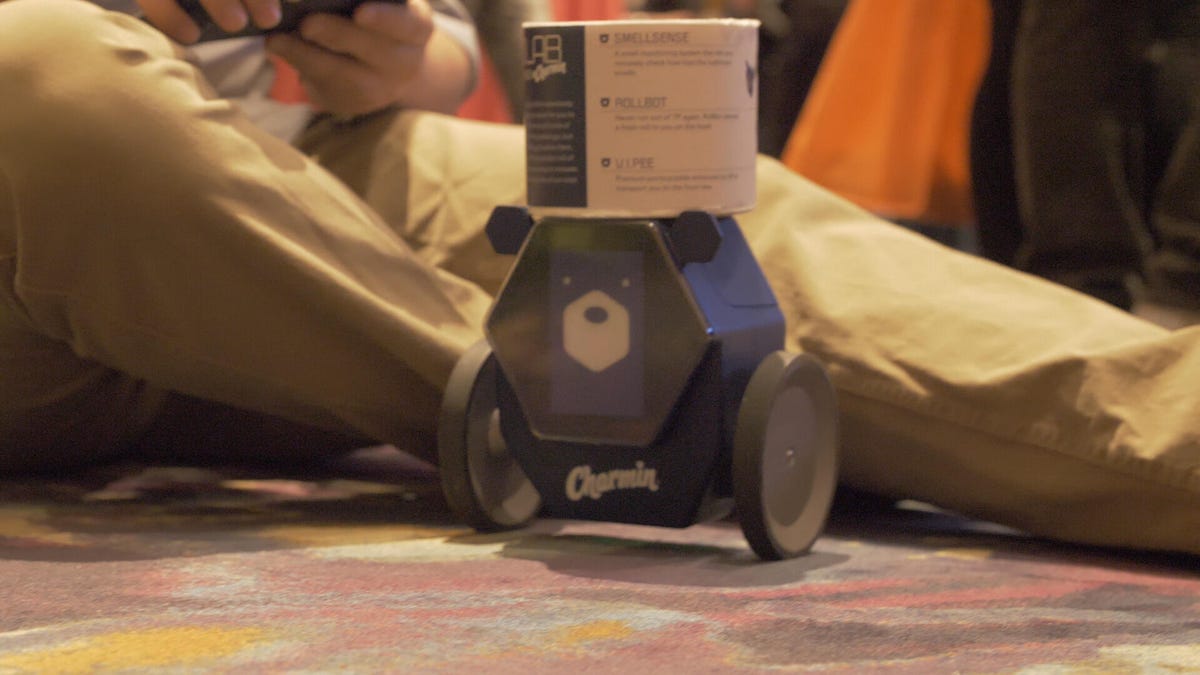 Computer peripherals manufacturer Razer is the king of creating “look at me” products specifically for CES, but toilet tissue brand Charmin became notorious for this 2020 entry. That’s right, in the year that saw the mass panic buying of toilet paper came a robot that could bring you even more! Coincidence? Yes… probably. The RollBot was never going to be a real product, but we loved/loathed it anyway.

Read more: These Charmin Robots Make Us Wonder: Is Pooping the Next Tech Frontier? 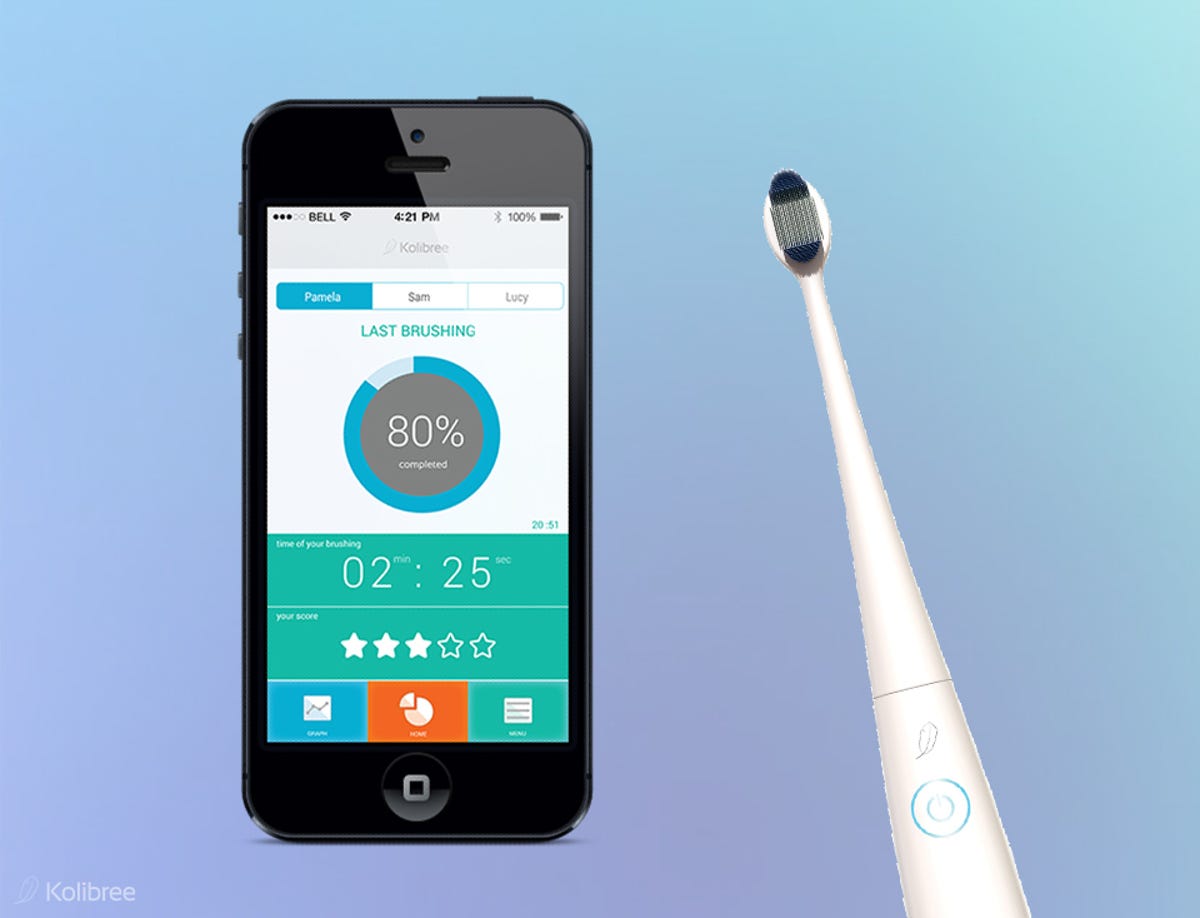 Kolibree’s new connected toothbrush tracks users’ activity, helping them brush in the most effective way they can.

Remember when we had to wash our hands for 20 seconds by singing songs to ourselves? The same methodology also applies to brushing your teeth, but why should you use your own brain and lips like a sucker? There have been many smart toothbrushes over the years, but today I’m picking on the Kolibree. Everything was just fine until the arrival of “the world’s first connected electric toothbrush.” Happy birthday to you, happy birthday to you… 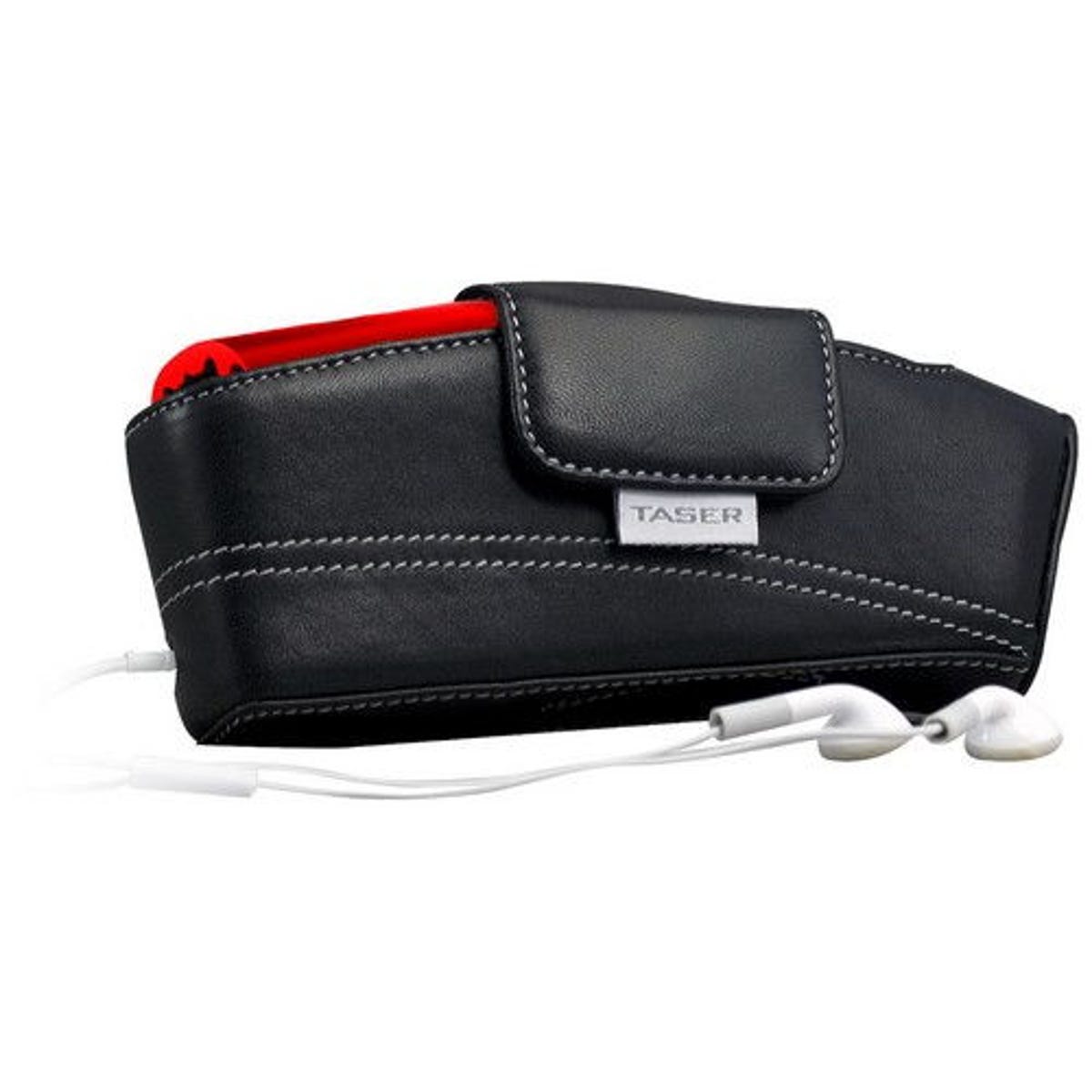 Back in the 2000s, the iPod became such a cultural phenomenon that every company rushed to create an MP3 player of its own. This culminated in what is one of the dumbest CES products in recent memory: the Tazer MP3 holster. Imagine trying to not only charge your holster but also connect it via USB to your computer to fill it up with 1GB of tunes.

Read more: What Every Taser Needs: A Music-Playing Holster 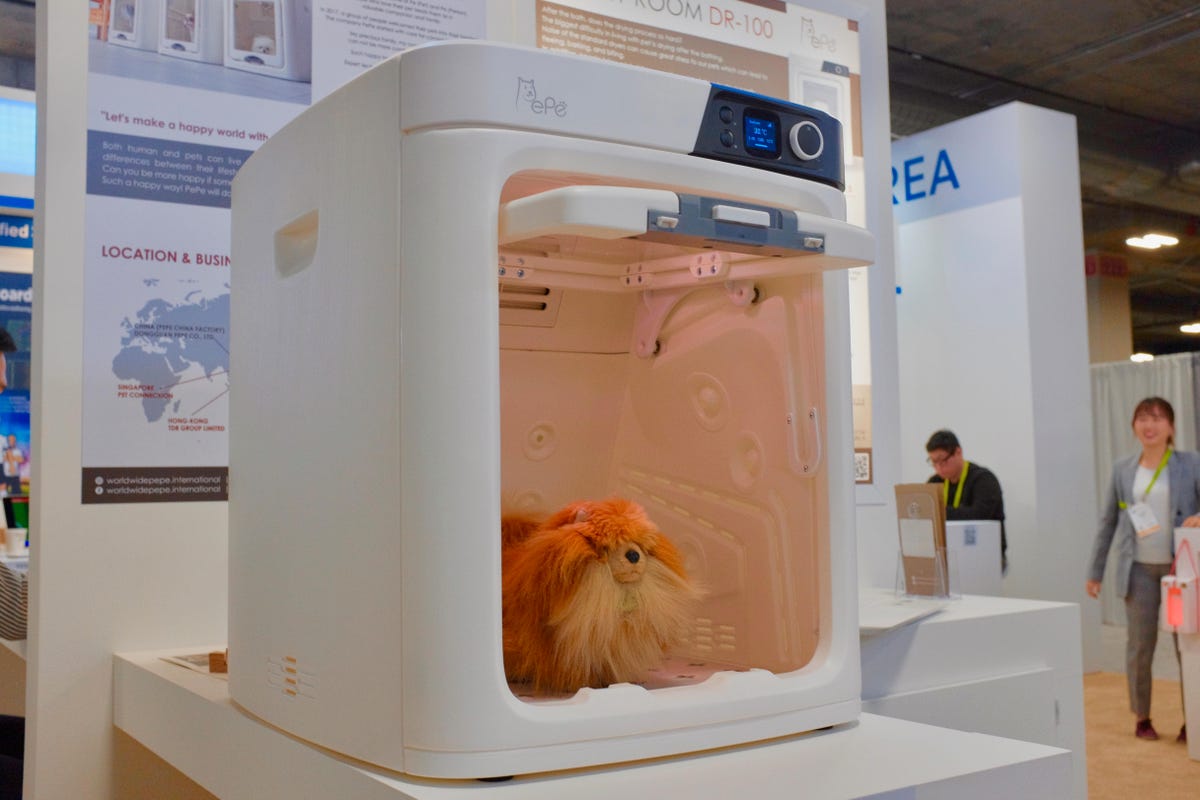 Pepe is a dryer for your dogs and cats.

Want to find a new way to make your small dog or cat hate you forever? Lock them in a cube prison for 25 minutes (!) and subject them to gusts of hot air. This combination torture device/dryer would have set you back $660, or you could just throw a towel over your wet dog like a normal human. 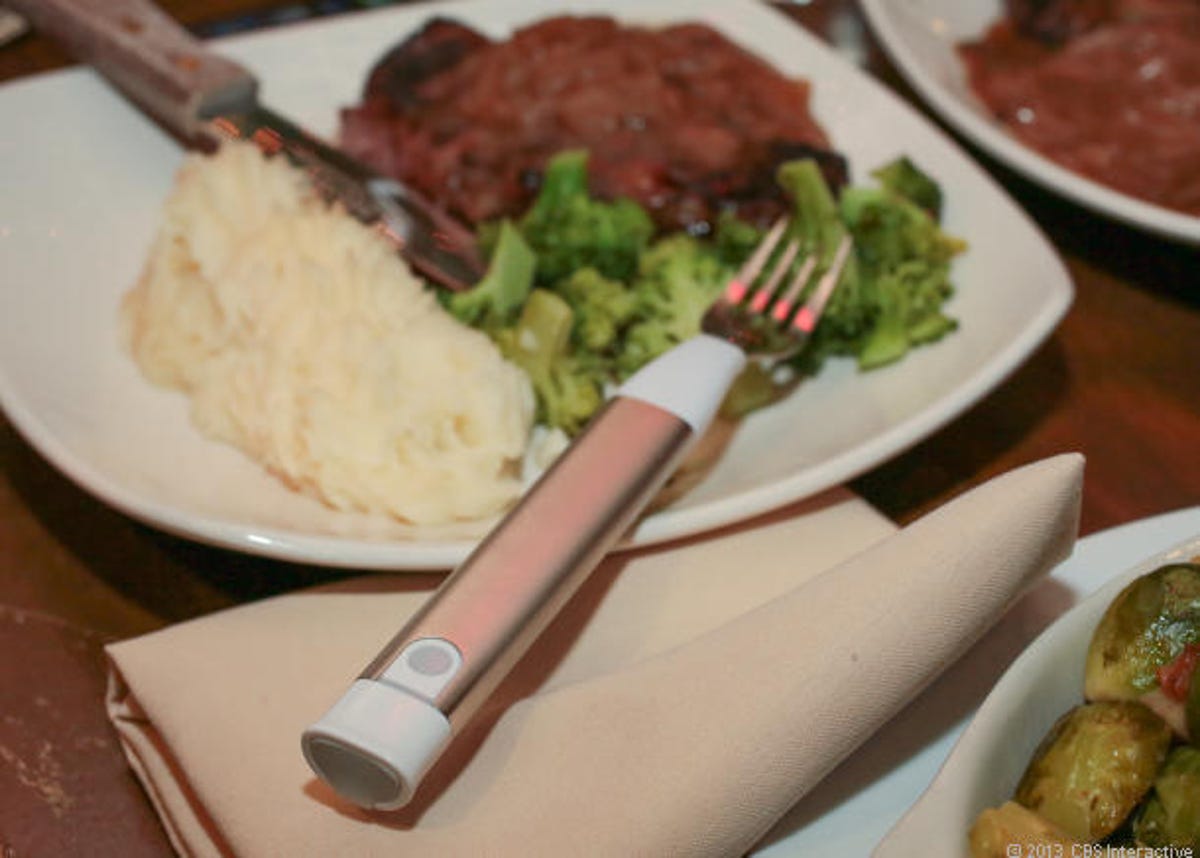 Throughout history, there have been so many gadgets designed to limit normal human behavior, but this one takes the (pan)cake. The HapiFork is yet another vibrating gadget that tells you to eat your meals slower (over 20 minutes), with the idea being that you are less likely to overeat. Personally, I wolf my own meals down like I’m in prison, so do your worst, HapiFork. I’ll eat with my hands if I have to! You’re not the boss of me!

Read more: Bolting Your Food? Put On the Brakes With HapiFork 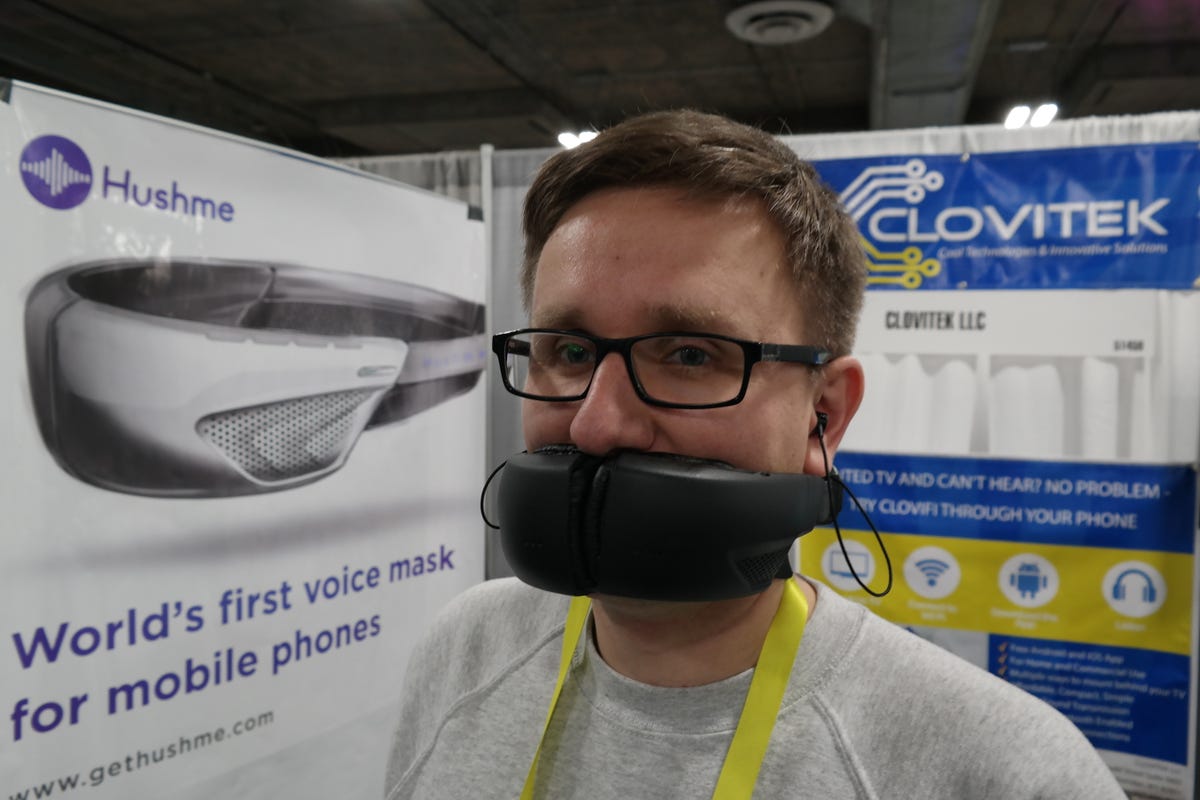 The Hushme is literally a “dumb” product — it’s designed to make its user mute to other people in the immediate vicinity. It was pitched as being useful in workplaces, but… if a co-worker gave me one of these, they’d better be wearing vacuum shoes, in order to clean up the gleefully stomped-on bits.

Read more: Hushme May Be the Weirdest, Yet Most Useful Wireless Headphones Ever Created 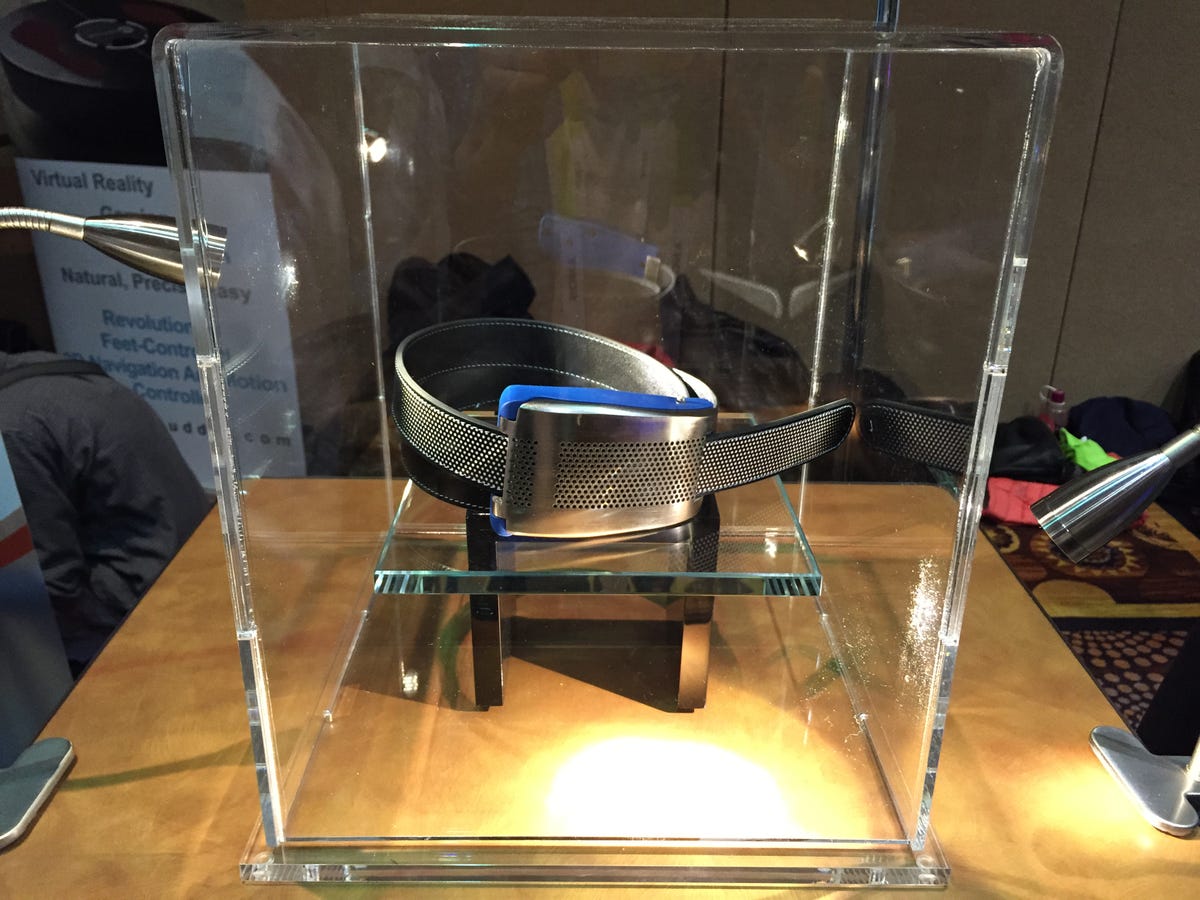 Make room for Belty, a smart pant-holding device that slims or expands to adjust granular changes to your waistline. It is not a joke.

The original Belty was a prototype smart belt with a motor in it that adjusted itself to whether you just ate or were sitting down. Impractical as hell, but kind of cool? While there is a newer model, also called Belty, this one is even weirder — there’s no auto-sizing, but it does have a power bank charger in the buckle. OK, two things. Not only do I not want a potentially volatile compound near my nethers, I don’t want to connect a series of devices there either. 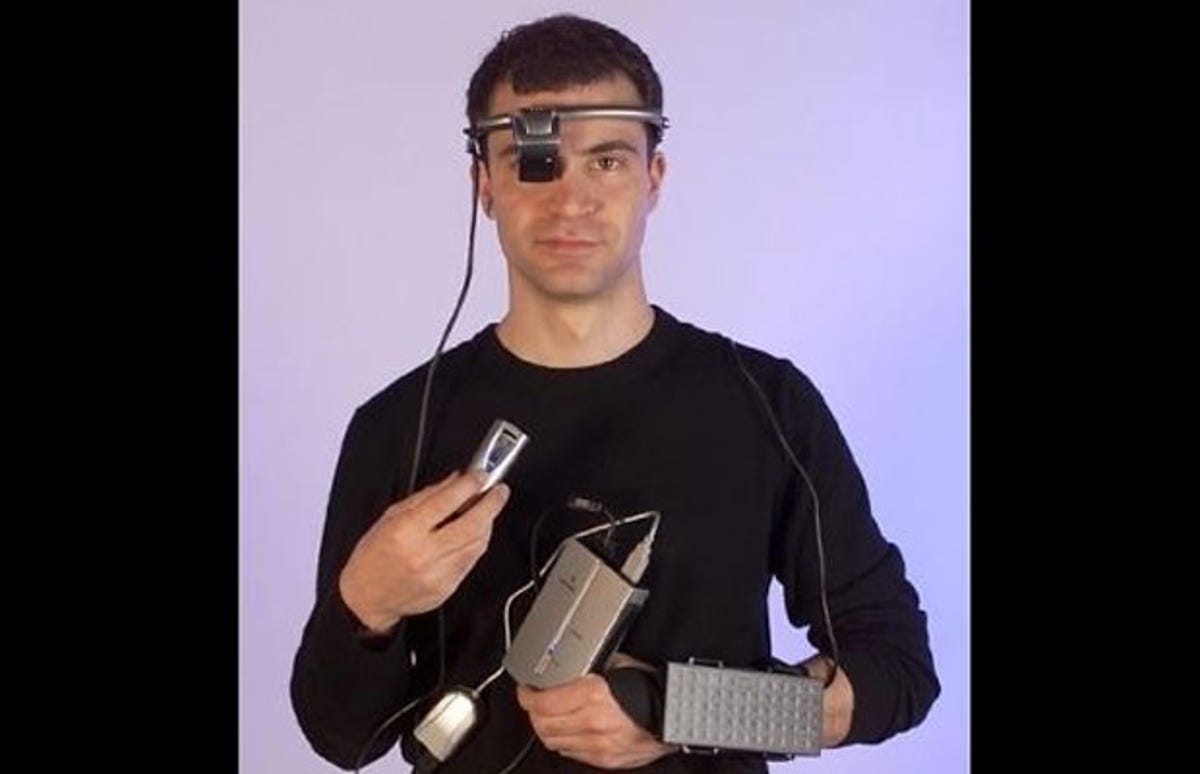 First shown off at CES 1998, the Hitachi Xybernaut wearable computer was a terrible idea long before Google Glass was even a gleam in Babak Parviz’s eye. The Windows CE-based Xybernaut Poma offered a 128MHz RISC processor and 32MB of RAM for the low price of $1,499, plus it strapped to your arm and your face and your belt! 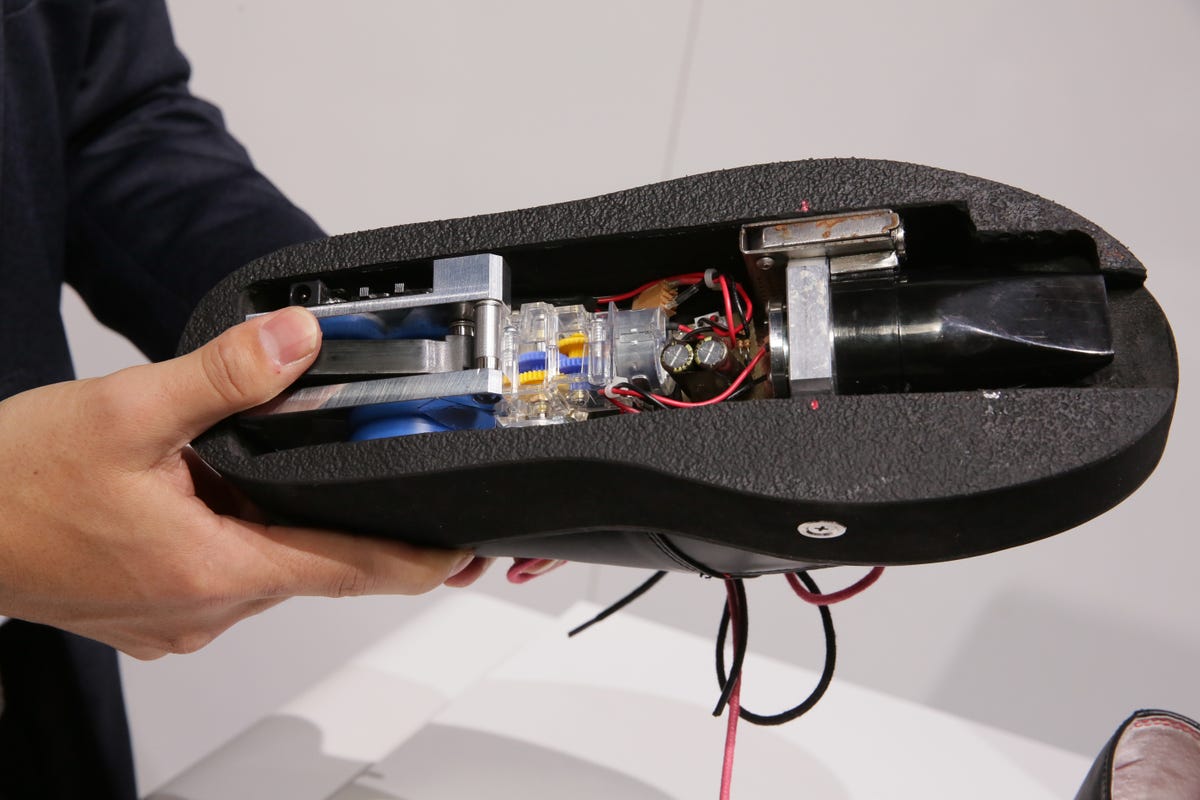 Shoes. You wear ’em. They wear out, you buy more. But that’s not exciting now, is it? They need things in them — phones, rockets, rollers and… vacuums? There are so many puns I could make about even just the name of the Denso Vacuum Shoes, but the fact that they existed at all was the biggest joke of all.

Read more: Vacuum Cleaner Shoes Show Up at CES Because Why Not