Streaming TV’s Party Is Over. Now Comes the Hangover 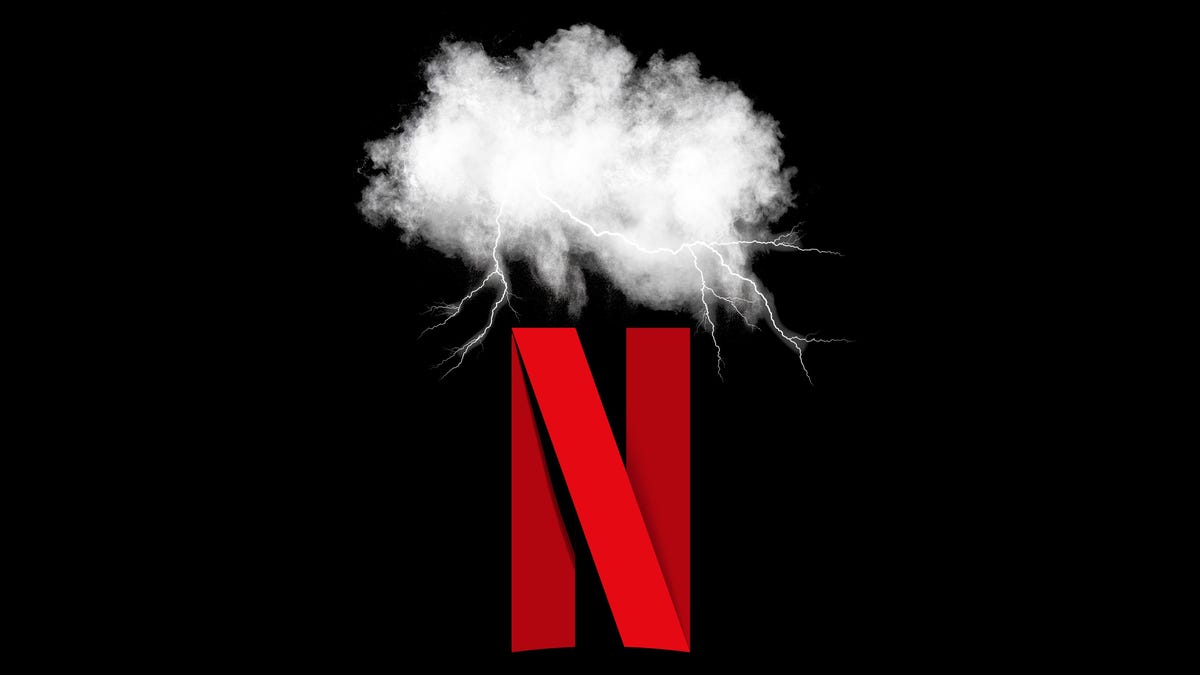 Netflix is expected to end the year with its weakest growth in streaming subscribers since the days that DVDs-by-mail were a meaningful part of its business.
Getty

Ever woken up, bleary-eyed and exhausted, after binge-watching into the early hours of the morning? That was 2022 for the streaming TV industry.

And now we’re paying the price.

Before this year, Netflix’s decade of unflagging subscriber growth lured nearly all of Hollywood’s major entertainment companies (and some big tech ones too) to embrace streaming as the future of TV. Disney and Apple launched their streaming services in 2019. HBO Max and NBCUniversal’s Peacock joined the fray in 2020. Paramount Plus and Discovery Plus piled on in 2021.

These so-called streaming wars brought plenty of benefits to consumers. Eager for your membership, new services launched with big-budget content at low prices. Some offered promos cutting the cost even more. During much of the pandemic, a parade of theatrical movies streamed the same day as they hit theaters, sometimes at no extra cost. 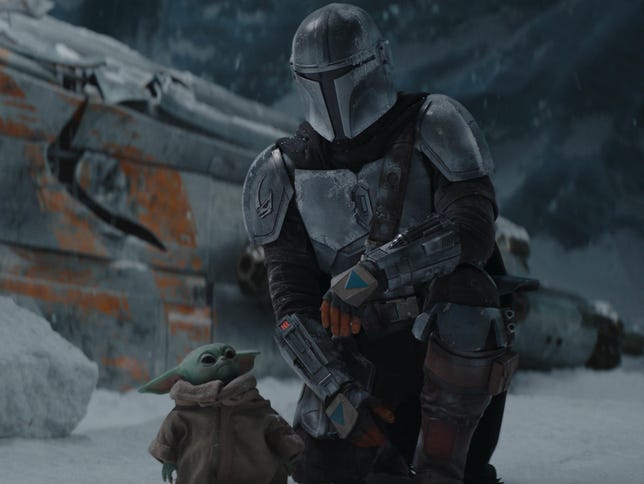 Disney Plus, which notched its first big hit with The Mandalorian, hiked prices for ad-free subscriptions Thursday.

But now subscription prices are going up: The latest hike hit Disney Plus members on Thursday, after Apple TV Plus and Hulu increased in October and Netflix upped US prices earlier this year. New password-sharing crackdowns are around the bend. And ads are cropping up on streaming services where binges were always commercial-free before.

This year brought the combat’s costs to the surface. Next year, the battles between these giants will likely reveal its first casualties. The question is how much you may suffer too.

For the companies involved, it’s a high-stakes fight. Racing to catch up with Netflix’s now $17 billion annual budget on shows and movies, new competitors plowed billions of their own into rival services. Spending $10 billion a year on original programming is basically the entry fee for streaming’s big leagues, according to Jason Kilar, a CEO who launched both Hulu and HBO Max, last week.

But this year, Netflix’s freight train of growth — the one that had pulled all of Hollywood toward streaming — jumped the tracks. And then everything everywhere started careening off the rails.

In the first half of 2022, Netflix reported its first subscriber losses in a decade. First, the company reported 200,000 lost accounts in April, and 30% of Netflix’s market value evaporated overnight. Three months later, another 970,000 subscribers were gone.

Reeling with a sort of corporate identity crisis, Netflix coped by throwing itself headlong into dramatically different strategies, some of which it had dismissed for years.

Even before it disclosed its shrinking membership, Netflix started testing password-sharing fees in a few counties. Its crackdown will start rolling out more broadly next year, aiming to get an estimated 100 million people to pay up after piggybacking off somebody else’s account.

Barely six months after reporting subscriber drops, Netflix introduced a new, cheaper tier with advertising, after it had standardized ad-free watching as the de facto model for streaming. And it’s testing the waters with live programming, another first. It has a live Chris Rock comedy special set for early 2023, and Netflix is reportedly flirting with adding some live sports too.

Three of Netflix’s top-five most watched shows ever were released this year, including Stranger Things 4.

Still, before any of those new measures could make a difference, its subscriber losses already reversed. New members that joined since June have more than made up for the ones lost in the first six months. Although it’s expected to end the year with its weakest streaming subscriber growth since the days when DVDs-by-mail were still a meaningful part of its business, Netflix’s programming is finding massive audiences: Three of its top-five most watched shows ever were released this year. (The other two came out in late 2021.)

But the broader damage was done. Netflix’s shrinking membership sent shockwaves through Hollywood, kicking the legs out from under the presumption that a big bet on streaming would mean jackpots later.

Disney had long warned investors that its wager on streaming would be costly, but the CEO of Disney didn’t expect it to cost him his job.

Disney Plus, the crown jewel of the company’s streaming strategy, emerged as the streaming wars’ most successful combatant. It rocketed to more than 100 million members as of early October, beating any other new service. “It has taken just three short years for Disney Plus to transform from a nascent business to an industry leader,” CEO Bob Chapek said in November. Less than two weeks later, he was fired.

Chapek’s perceived sins were diverse. Analysts, investors and Disney customers have variously pointed to: Disney Parks price increases and fees that felt like gouging in the midst of record inflation, an internal restructuring that hurt morale and complicated bureaucracy, clumsy responses to contentious issues like an anti-LGBTQ bill in Florida and sluggishness dealing with cord-cutting’s assault on ESPN’s business, once a lucrative engine of profit for Disney.

But Chapek’s shortcomings also included a failure to adapt Disney’s streaming business to earn returns on the billions of dollars poured into it. The company had mapped out Disney Plus’ peak losses hitting in its 2021 fiscal year. But in the 2022 fiscal year that just ended in October, Disney’s total streaming losses were more than double those of fiscal 2021. The losses didn’t hit their peak last year — they’d scaled only part of the ascent.

In a surprise move, Disney’s board ousted Chapek last month and brought Bob Iger, his predecessor, out of retirement to lead the company again.

Still, Chapek was punted just weeks before two of his planned profitability measures for Disney Plus rolled out. Thursday, the service launched its ad-supported tier, pricing it at the $8-a-month level that members could stream ad-free before, while it simultaneously hiked the ad-free tier by $3 to $11 a month.

It won’t be the last price increase on your streaming bill.

Fights on every front

Netflix and Disney Plus weren’t the only services plagued by 2022. 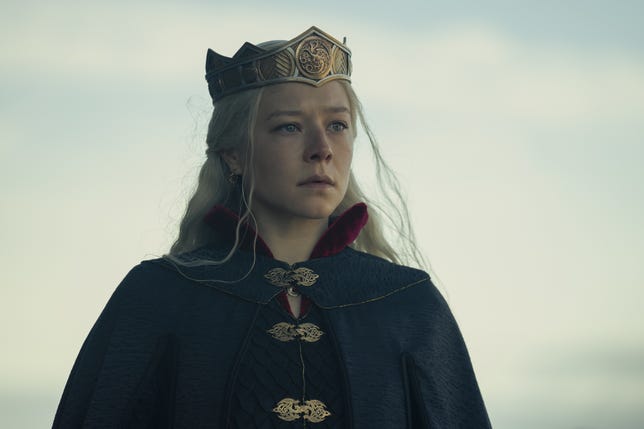 HBO Max’s coming combination with Discovery Plus will put prestige shows like House of the Dragon alongside guilty-pleasure reality hits — and could spur a price hike.

HBO Max is in the midst of upheaval, after its ownership changed yet again. In April, HBO Max became the property of newly formed company Warner Bros. Discovery, a merger of cable-network giant Discovery with WarnerMedia, which AT&T had bought for $85 billion less than four years prior. With a mountain of debt and Discovery’s famously frugal CEO, David Zaslav, as its leader, Warner Bros. Discovery canceled a laundry list of HBO Max shows and movies, including a nearly complete Batgirl film that reportedly cost $90 million.

And with HBO Max too, the costs will eventually trickle down to you.

Next year, HBO Max will combine with Discovery Plus into a single service. Besides putting prestige fare like House of the Dragon next to basic-cable reality hits like 90-Day Fiancé, melding $15-a-month HBO Max with $7-a-month Discovery Plus may spur a price increase for some subscribers.

If so, it would join price hikes at Netflix, Amazon Prime, Disney Plus, Hulu and Apple in the last 12 months. Among the major US streaming services, just Paramount Plus and Peacock have yet to raise prices recently. (And Paramount has vowed to up its prices soon.)

And, at least according to Kilar, to be one of the profitable winners in the streaming wars, services will eventually need average subscribers globally to be paying about $15 a month.

That may seem like what you’re already paying for many of them. But if you’re in the US, your price will likely need to go even higher to compensate for lower subscription fees charged elsewhere. In the US, Netflix’s standard tier — its most popular plan — is $15.50 a month. But in Brazil, Latin America’s biggest economy, the same plan costs half that. In India, Netflix’s standard tier is the equivalent of $6, and you can get a mobile-only plan for less than $2.

For any global service to hit a $15 average, subscription prices will need to rise everywhere.

Some of 2022’s difficulties appeared to work in favor of streaming customers, like Netflix’s new ad-supported tier. Launched in November, it is the cheapest way to unlock its service in years. But even here, a sharp right hook is poised to land soon after. Early next year, Netflix will start cracking down on password sharing with new fees. After years of being relatively lax on enforcement, the new account-sharing charges “will be a big focus” in 2023, Netflix co-CEO Ted Sarandos said Tuesday during a UBS conference.

“Just like a price increase, that doesn’t make anyone that happy,” he conceded.

So binge on, while you can still afford it. And then, if you can’t, at least maybe you’ll catch up on some sleep.