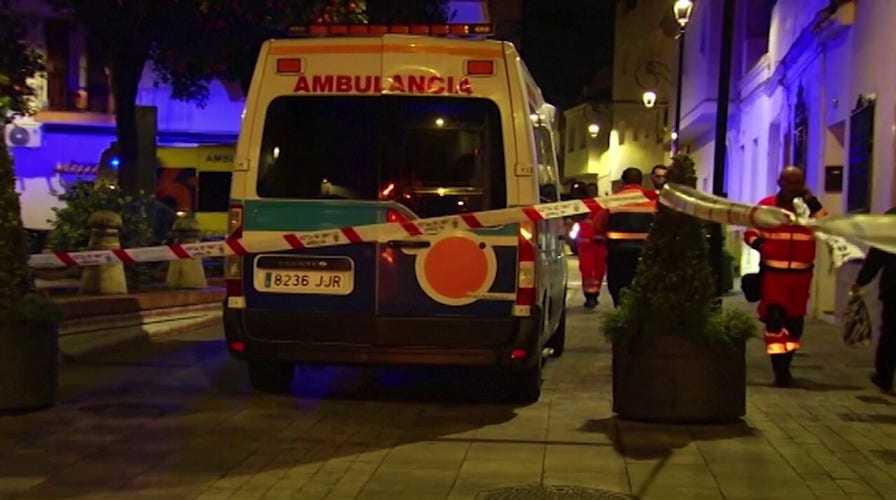 A man wielding a machete killed a church maintenance worker and injured several others – including a priest – at two churches in southern Spain Wednesday, and authorities are looking into possible terror motives.

The horror unfolded in the town of Algeciras, near the southern tip of Spain around 7 p.m. An armed man entered the San Isidro church and assaulted a priest, who was seriously injured, Spain’s interior ministry said. 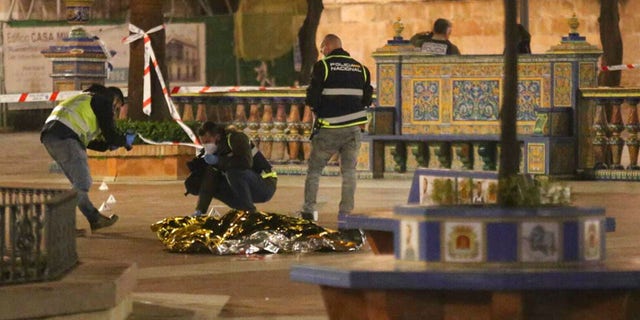 Police work next to the body of a man killed in Algeciras, southern Spain, Wednesday, Jan. 25, 2023.
(Nono Rico/Europa Press via AP)

The assailant went to a second church, the Nuestra Señora de La Palma – a five-minute walk away – and continued his rampage, assaulting a church maintenance worker. The worker ran outside where the attacker dealt him the mortal wounds in a public square, the ministry said.

Local media reported that at least three other people were injured.

Town officials identified the worker as Diego Valencia and the wounded priest as Antonio Rodríguez. The town hall said he was hospitalized and in stable condition.

The suspect was arrested and is in the custody of Spain’s National Police. The ministry did not identify him, but local media reported that the assailant was a 25-year-old Moroccan. 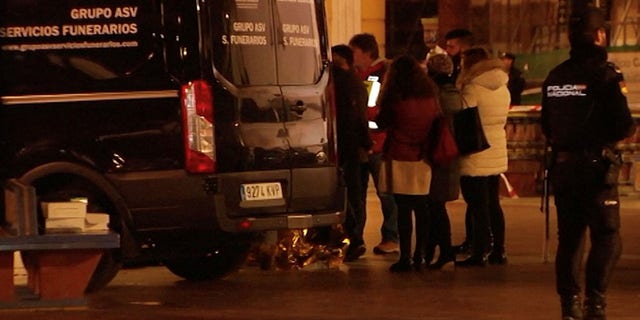 People gather next to a funeral vehicle at the scene of a stabbing incident at a church in Algeciras, Spain January 25, 2023 in this screen grab from a video.
(FORTA/via REUTERS)

Video footage obtained by Reuters shows two officers escorting a man in a hooded sweatshirt and handcuffs through a police station.

Spain’s National Court said a judge has opened an investigation into a possible act of terrorism. Police are investigating the incident, the interior ministry said, to determine the “nature of the attack.” It offered no further detail on the attacker’s possible motive.

“I want to express my sincerest condolences for the families of the [church maintenance worker] slain in the terrible attack in Algeciras,” Spanish Prime Minister Pedro Sánchez wrote on Twitter. “I desire the injured a swift recovery.”

The town hall declared a day of mourning when flags will fly at half-staff.

“We are all stunned by these acts, which have filled us with pain,” Mayor José Landaluce said. “Algeciras has always been a city where concord and tolerance reign, despite incidents like this that create an image that does not correspond to reality.”

Algeciras rests across from a bay from Gibraltar and is home to an important port with ferry connections to northern Africa.