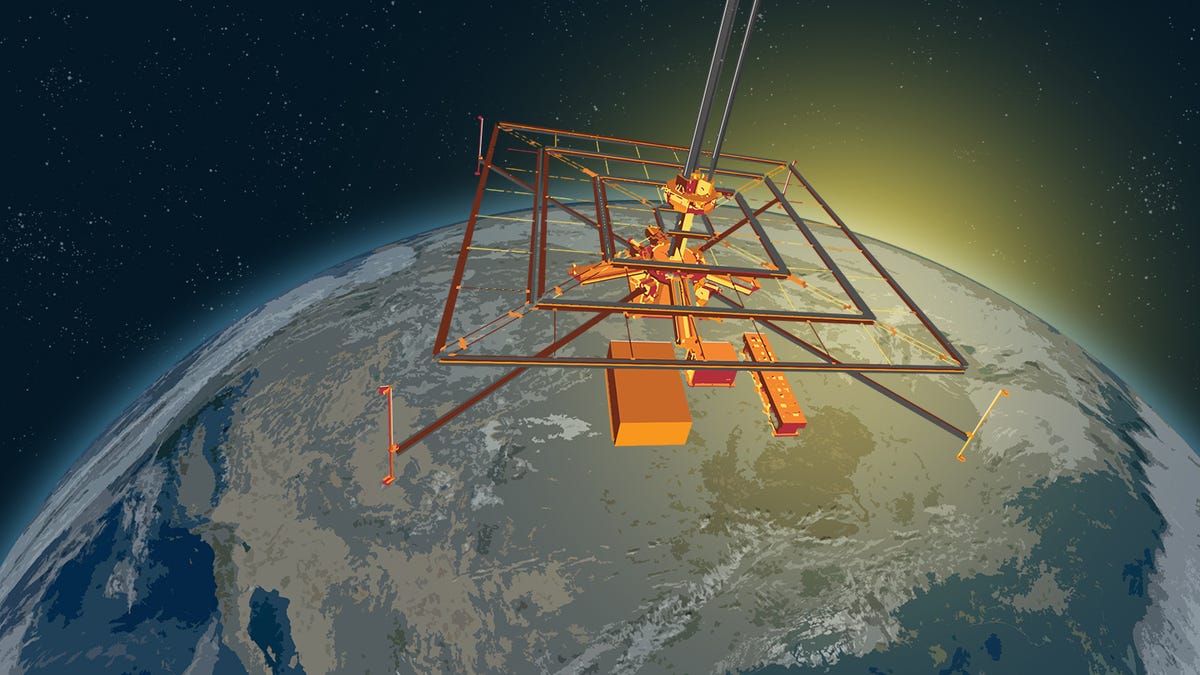 Harnessing the power of the sun is all the rage right now. At the end of 2022, US scientists announced a nuclear fusion breakthrough that could, in a few decades, see a clean, renewable and essentially unlimited energy source powering the world.

In reality, we’ve been using the sun’s power for decades now, in a more roundabout way. Solar panels are able to convert the star’s rays to energy here on Earth without releasing any harmful greenhouse gases into the air. The only drawback is those panels are unable to provide a continuous supply. Cloudy days block the sun’s rays from reaching the Earth. And, of course, the sun doesn’t shine at night.

So… why not put the solar panels in space? You’d be tapping into the sun’s almost unlimited supply of energy 24/7. Sci-Fi legend Isaac Asimov wrote in “Reason” of an Earth sustained by such power. The idea would be to collect power in a satellite and beam that energy back home. Scientists have been trying to figure out exactly how space solar might power our world since as far back as the Apollo program, but construction and launch of satellites has been too costly.

This month, thanks to a large philanthropic donation made in 2013, Caltech scientists are taking the first tentative steps toward a space solar-powered future. On Tuesday, they plan to launch the Space Solar Power Demonstrator (SSPD), a 110-pound prototype designed to test key technologies via three experiments.

The end goal is to deploy a constellation of space solar panels that could measure over half a mile wide, forming a space power station that would then beam solar back to Earth. That process involves wireless power transfer, converting radio waves into energy at ground level where receivers could convert the energy so it can be used in power grids. (Caltech has a great explainer on how you can guide this energy to Earth.)

The SSPD is hitching a ride to orbit affixed to a Momentus Vigoride spacecraft and will unfurl a 6-foot-square structure to assess the deployment mechanisms of space solar panels in what’s known as DOLCE, the Deployable on-Orbit ultraLight Composite Experiment. Another instrument, ALBA, will analyze 22 different types of photovoltaic cells to see how they handle the extreme environment of space and a third, MAPLE, will test the power transfer mechanisms with an array of microwave transmitters.

“We plan to command the deployment of DOLCE within days of getting access to SSPD from Momentus. We should know right away if DOLCE works,” said Sergio Pellegrino, a civil engineer at Caltech and co-director on the SSPD, in a press release.

The unfurling is, in some ways, the easy part. The demonstrator has been tested down on Earth but how it holds up in space is yet to be seen. The ALBA and MAPLE experiments will take much longer to complete as scientists want to see how they function over time and in different environments.

“No matter what happens, this prototype is a major step forward,” said Ali Hajimiri, a Caltech engineer and co-director, in a press release.

Space solar isn’t a quick fix for the climate crisis, however. We already have solar power technologies and ways to store energy when the sun isn’t shining here on Earth. There are also potential issues with building power stations in an already-cluttered orbit and the overall cost of the project. However, space-based solar could bring energy to regions of the world that currently have no access to reliable power and provide a clean source of energy — day and night — to power the planet.

If you want to follow SSPD’s flight, the Falcon 9 launch is currently scheduled for 6:56 a.m. PT on Tuesday, Jan. 3. You can follow the launch live at SpaceX’s YouTube channel.