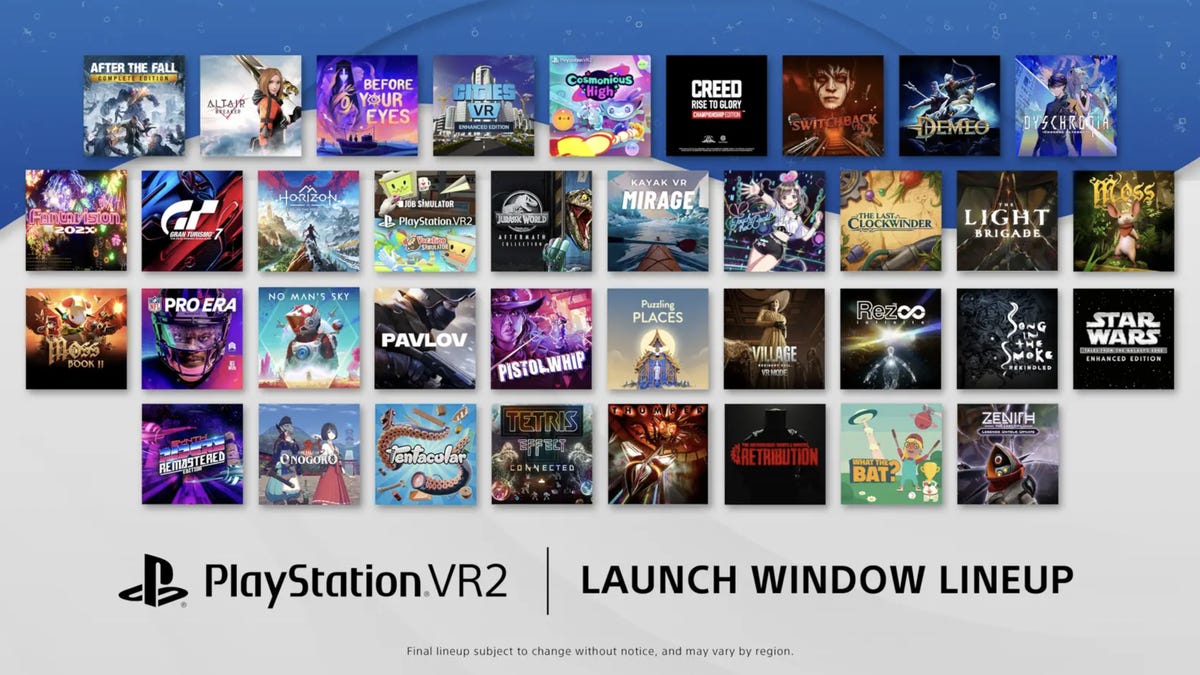 Some of the games that will be available around the launch of the PlayStation VR 2.
Sony

An additional 13 games will work with Sony’s PlayStation VR 2 between its February launch and the end March, Sony said Thursday. Some of the titles included in the announcement are Rez Infinite and Tetris Effect: Connected.

The additional 13 titles brings the total number of games available at or around the launch to 37. Many of the games are ports from other consoles, including the first PlayStation VR, like Resident Evil Village and Pavlov VR.

A free PS VR2 update for Gran Turismo 7 is also expected to be available on launch day. People who previously bought Gran Turismo 7 will also be able to upgrade their game for free to make it PS VR 2 compatible.

So far, here are the titles that will be available on the PS VR 2 by the end of March.

For more information on the PS VR 2, check out everything we know about the upcoming device.

I Tried Out Sony’s Upcoming VR Headset on the PlayStation…