Shakira releases new song that seems to detail her relationship with ex Gerard Piqué: ‘I’m too good for you’

Shakira seems to be throwing some shade at her ex-boyfriend Gerard Piqué and his new girlfriend in her newly released song.

Shakira collaborated with Bizarrap, an Argentine producer for her first song of the new year, “BZRP Music Session #53.” The song, which is sung in Spanish, was translated to English per Billboard and the lyrics seem to share details of her relationship with Piqué.

Shakira and Gerard Piqué dated for 11 years before their breakup in June 2022.
(David Ramos/Getty Images)

Some of the song even goes into more specific details of Shakira and Piqué’s relationship and their breakup.

“You left me my mother-in-law as my neighbor / Media outlets at my door and in debt with the government,” she sings. “You thought you hurt me, but you made me stronger / Women don’t cry anymore, they cash in.” 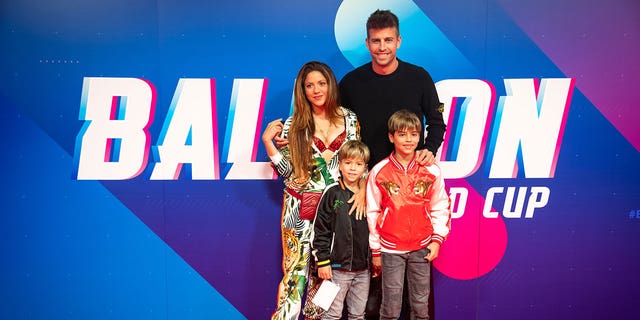 “I wish you luck with my supposed replacement / I don’t even know what happened to you,” she sings. “I’m worth two of 22 [year old] / You traded a Ferrari for a Twingo / You traded a Rolex for a Casio / You’re going fast, slow down / Lots of time at the gym, but your brain needs a little work too.”

The two announced that they were separated in June 2022.